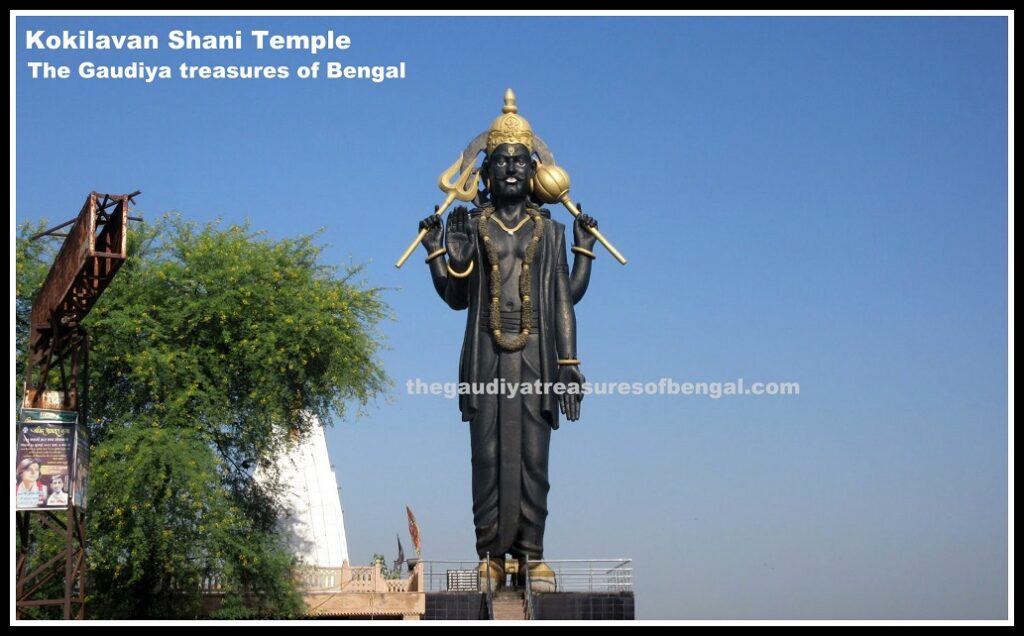 Kokilavan is situated three miles north of Nandgaon and one mile to the west of Yavat. To the west of Yavat, is a forest where many cuckoos would sing. Once Krishna entered the forest and made the sound of cuckoos to send a call to His beloved Radharani. Reciprocating to Krishna’s sound, thousands of other cuckoos began cooing, creating a huge ruckus. When Jatila (Radha’s mother-in-law) heard the sounds, she became very curious. Jatila asked Vishaka if she had heard anything like that before. Vishaka sought permission from Jatila so that she and Radharani could go to the forest and find out more. In this way, Radha entered the forest with her sakhis where she was able to meet with Krishna and enjoy unlimitedly. This forest is hence also known as ‘Kokilavan’ as it was here that Krishna made sounds of a Kokila bird (cuckoo) to send signals to Radharani. In this forest of Kokilavan is situated a magnificent temple of Lord Shani deva, which is also renowned as ‘Kokilavan Shani Mandir’.

As mentioned in Garga Samhita, when Lord Krishna was born, several demigods visited Gokul to have His darshan. However, mother Yashoda did not allow Shani deva to meet with Krishna. Her motherly affection made her suppose that Shani deva, son of the Sun God, might have a malefic influence on her little child. 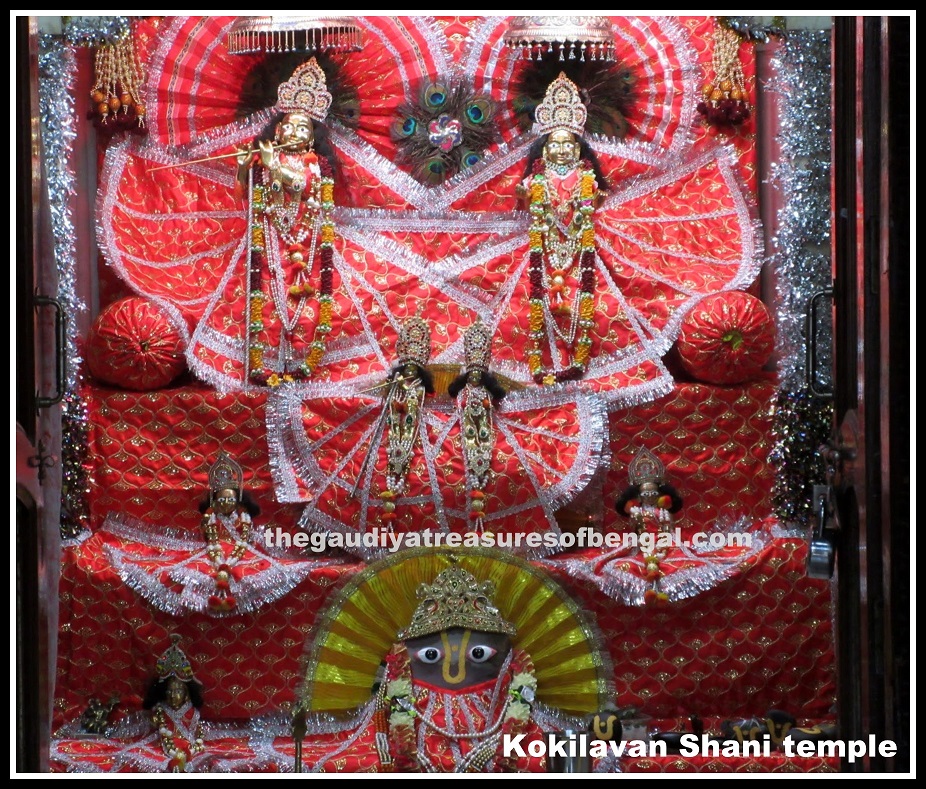 Feeling dejected, Lord Shani took shelter in Kokilavan and performed severe penances to attain the darshan of his beloved Lord. Being pleased, Krishna met with Shani deva at the place where the Kokilavan Shani dham temple is situated today. It is believed that Lord Krishna appeared before Shani deva as a cuckoo bird (Kokila). He instructed Shani to stay at Vrajabhumi and also granted him the boon that whoever visited the Kokilavan temple would become free from all afflictions. Today, thousands of devotees from all over the world visit the Kokilavan Shani dham temple to seek blessings. Krishna is lovingly worshiped here as ‘Kokilavan Bihari jiu’. 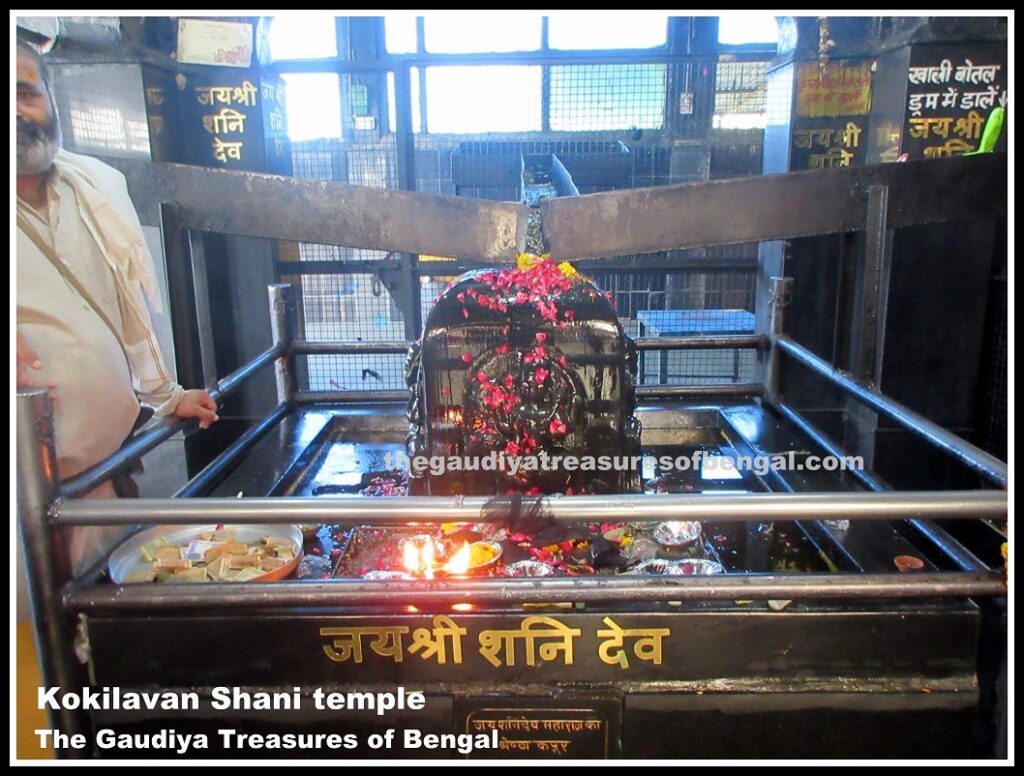