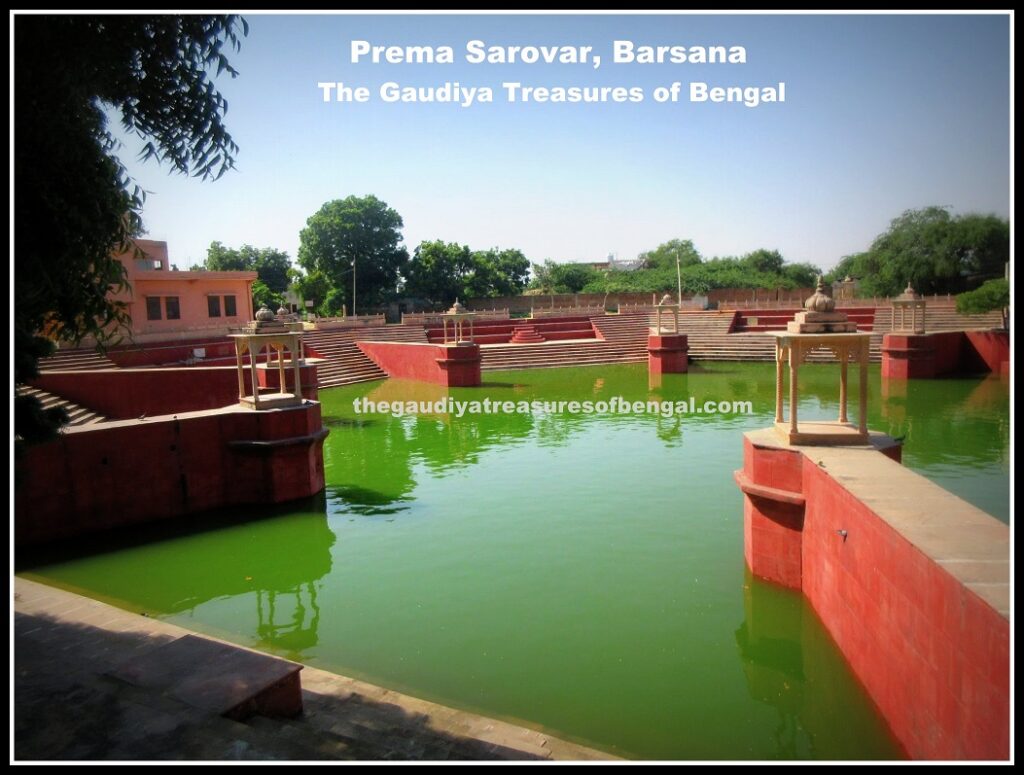 Prem Sarovar (Prem – Love, Sarovar – Lake) is a lake of love and tears situated near Barsana, close to the village of Gajipur. In Bhakti Ratnakara it is stated –

This place was previously laden with Kadamba trees. Once Sri Lalita devi brought Radharani to where Prem Sarovar is now situated. Sri Krishna also arrived along with Madhumangala. Radha and Krishna, the divine couple, were then seated on a golden throne. When both were engrossed in conversing and relishing each other’s association, a honey bee (Madhu Makkhi) began hovering around Radhika’s ear. This disturbed Radharani a bit, and hence Krishna asked Madhumangala to drive it away. Madhumangala obliged and after chasing away the honey bee, he shouted, ‘Madhu has gone away’. Madhumangala was referring to Madhu-makkhi (honey bee) but Radharani took it as a reference to Madhusudana (Krishna). 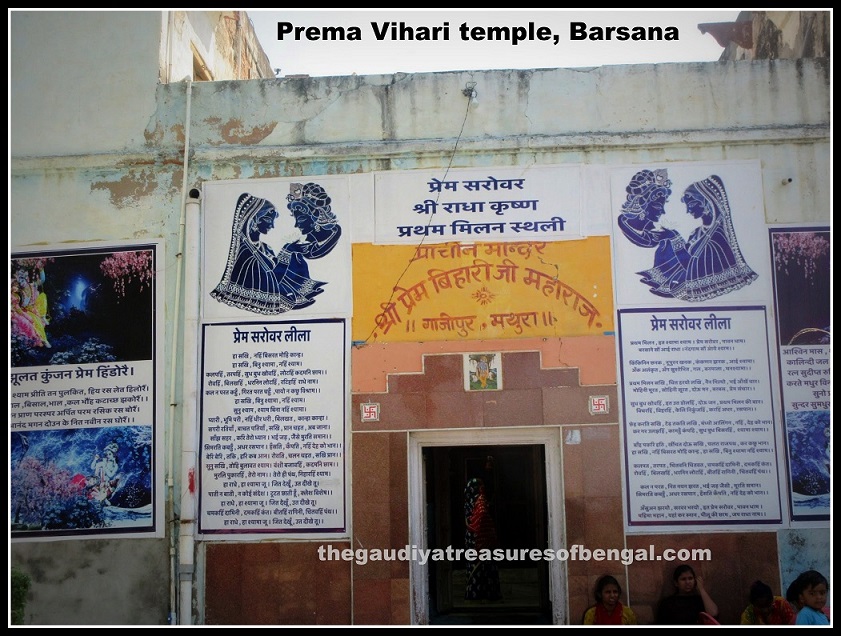 Radha started exhibiting the mood of ‘Prema Vaichittya bhava’ (a feeling of intense love that causes grief out of the fear of suffering separation from the beloved). Love in separation is regarded as the highest stage of devotional ecstasy. Feeling separation from her beloved Krishna, she started shedding tears of intense grief. Although Radha was lying on Krishna’s lap at that moment, she could not sense His presence. Krishna also started displaying a similar mood, and could not perceive Radhika’s presence. Crying out each other’s names, both Radha and Krishna began shedding torrents of tears. A small lake was formed of these tears of Love and it has since come to be known as ‘Prem Sarovar’. 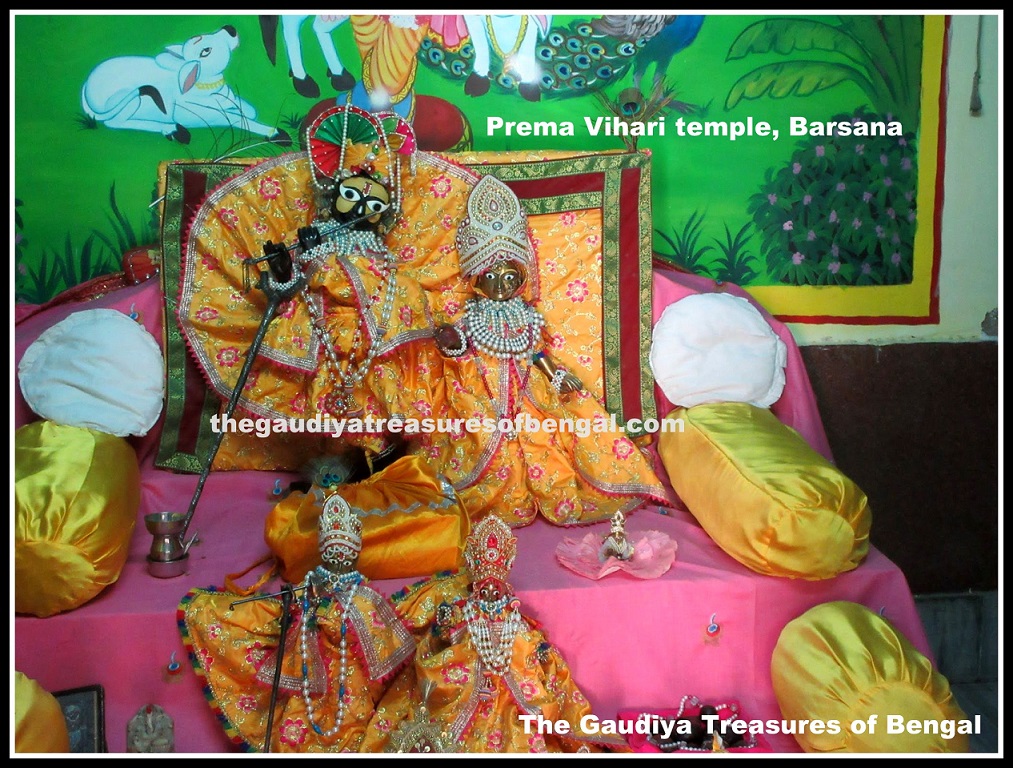 How to Reach Prem sarovar :

Prem Sarovar, situated near the village of Gajipur, lies 2 kilometers away from Barsana bus stand. Barsana is about 50 Kilometers away from Mathura. The place is well connected via roadways and one can park his/her car on the bank of the Lake.