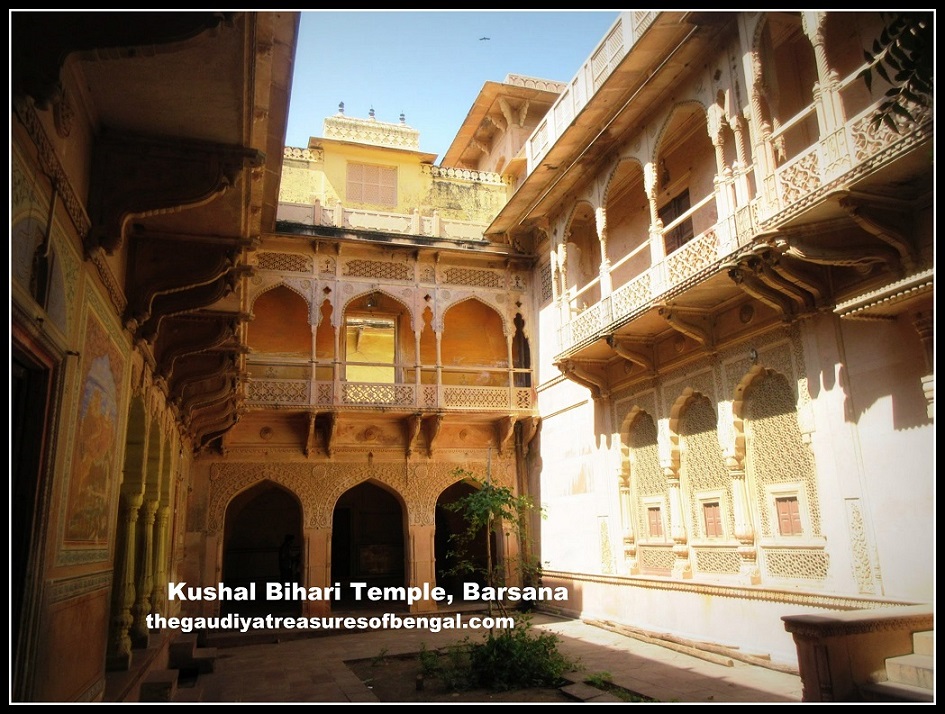 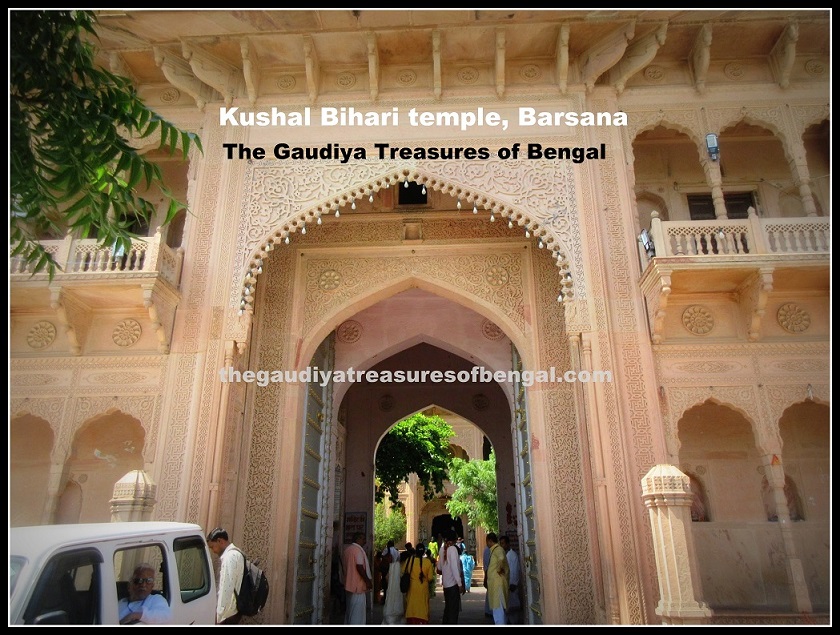 The King had named the temple after his queen Sri Kushal Kanwarji who he loved fondly. The local people generally refer to it as the ‘Jaipur temple’, since it was built by the King of Jaipur. All the rituals and other traditions are conducted in this temple by the devotees of the Nimbarka Sampradaya (one of the four bonafide Vaishnava Sampradayas).

It is believed that Maharaja Madho Singh Rao hoped to shift the deities of Barsana Radha Rani Mandir (Shriji Mandir) to this newly constructed Kushal Bihari temple. He built small rooms around the deity altar where he, his family members, and ministers could stay. However, on the day before the scheduled deity installation, Srimati Radharani appeared in the King’s dream and spoke that she did not wish to be moved from the Barsana Radharani mandir, as it was her eternal home. Hence the king abandoned the idea of shifting the deities and installed a different set of deities at the Kushal Bihari temple. 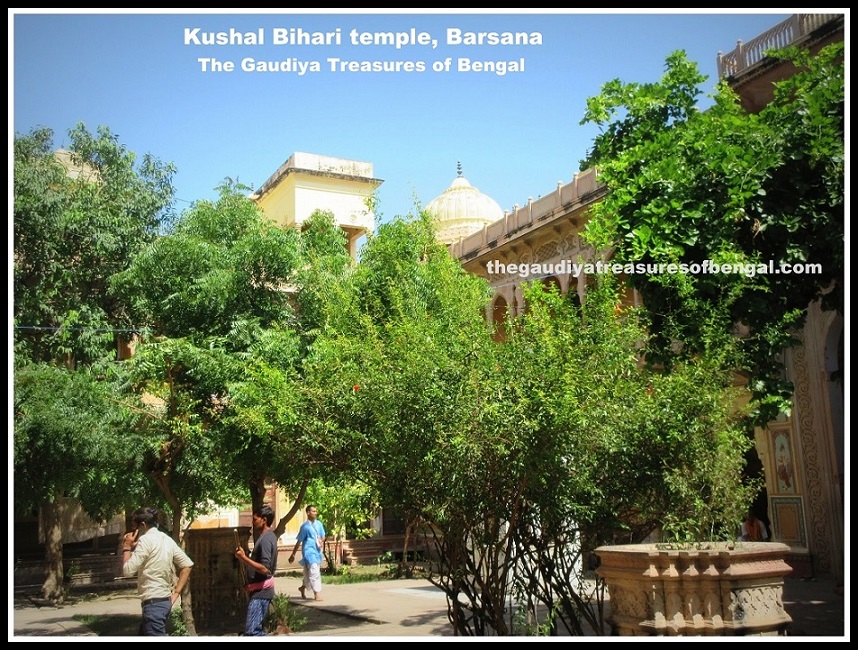 The deities of Radha and Krishna who are worshiped in this temple are lovingly named Radha Kushal Bihari jiu. Standing next to them are the deities of Hamsa Gopala, Nimbarkacharya, and Radha Nritya Gopala among others. Beautiful and intricate paintings of the ten avatars of Vishnu (Dashavatara) adorn the temple walls. We have not taken any photographs inside the temple hall as photography is strictly prohibited. We accept this as the will of the Lord.

The temple of Radha Kushal Bihari jiu is located about 800 meters from Barsana Radha Rani Mandir (Shriji Mandir). It is quite similar in its appearance to a fort in Rajasthan. The temple is well connected via roadways and one can park one’s car outside the temple gates.