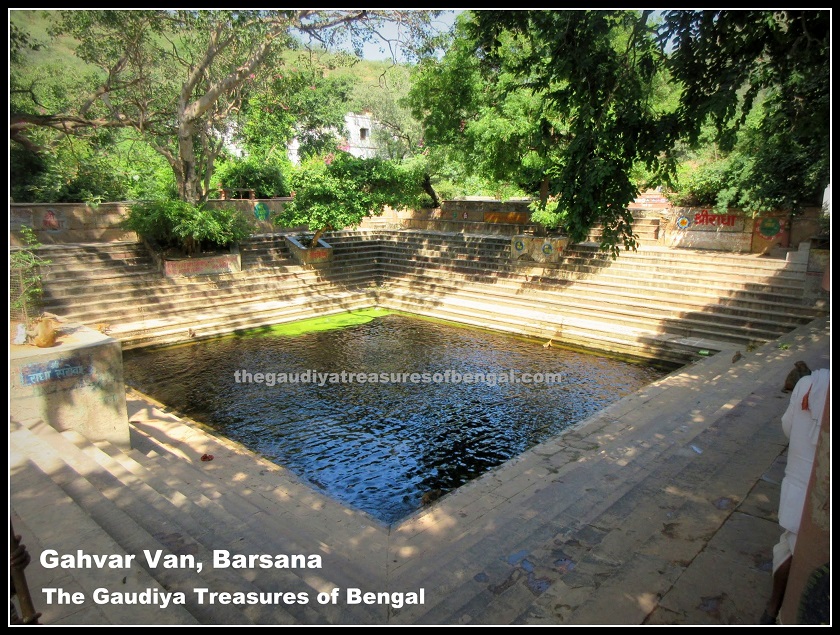 Gahvar Van (Gahvarvana) is situated in Chiksauli grama, near Barsana. Chiksauli is famous for being the birthplace of Chitra Sakhi, one of the eight principal companions of Radharani. The word ‘Gahvar’ means caves that are found at the foot of the mountains. It is said that during Krishna’s time, the place was replete with caves. Gahvar van, marked with thick dense forests, is the place where Radharani would come with her companions when she wished to be alone. In the middle of Gahvar Van, we find a beautiful enclosed Pond well-known as ‘Krishna Kunda’. The pond is sometimes also referred to as ‘Gahvar Kunda’. Adjacent to this pond is a temple of Radha and Krishna. Krishna is lovingly worshiped here as ‘Gahvar van Bihari jiu’. 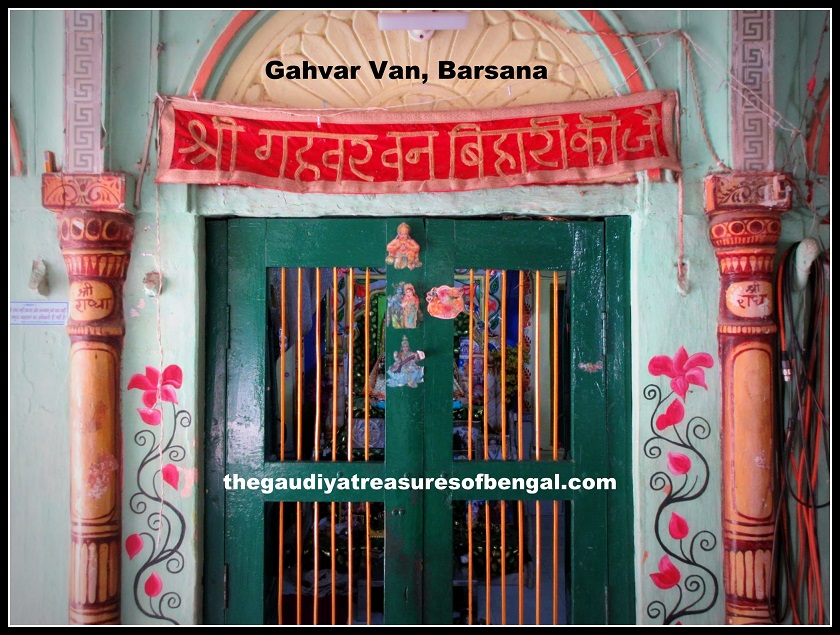 The gopis headed by Srimati Radharani caught hold of Madhumangala, tied a string to his sikha (knot of hair on one’s head), and pulled it from the other end of a tree. This pastime occurred here at Krishna Kunda. Madhumangala cried out to Krishna asking for help. Hearing his distressed voice, Krishna came over and chastised the gopis. He reminded them that Madhumangala was not a cowherd boy but instead the son of a brahmana. Hence the gopis should immediately apologize to Madhumangala for having ragged him. The gopis felt ashamed and offered Laddus to Madhumangala to atone for their conduct. In this way, Madhumangala enjoyed hundreds of laddus. Becoming pacified, he then delivered boons to the Gopis.

Gahvar Van is located in Barsana which falls within the confines of Mathura district in Uttar Pradesh. It is situated about 55 Kilometers from the Mathura railway station and about 1.5 Kilometers from Barsana Police station.