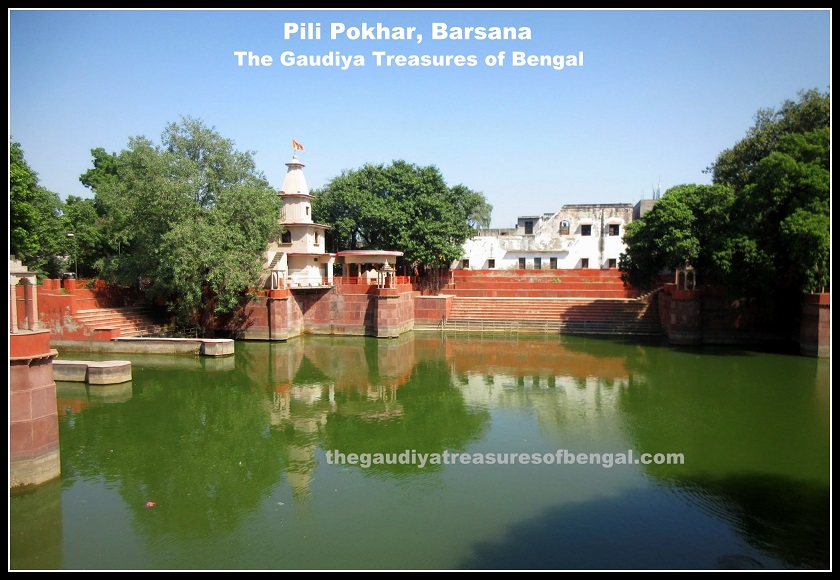 The word ‘Pili’ means yellow. Pili Pokhar, also known as ‘Priya Kunda’ is a yellowish pond situated in the village of Barsana, where Srimati Radharani had cleaned her hands. Once, Radharani visited Nandgaon, the residence of Nanda Maharaja, along with her friends. Mother Yashoda was so impressed with her captivating beauty and refined behavior, that she desired Krishna to marry her. It was a custom in the old days, for mothers-in-law to apply turmeric paste on the hands of their daughters-in-law. Harboring the desire to have Radharani as her daughter-in-law, mother Yashoda applied turmeric paste to her hands. On her way back home Radharani realized that her hands were yellow with Turmeric. She was embarrassed to think what her family members and the people of Barsana would think of her. Hence she rushed to the nearby lake and washed off her hands. The pond turned yellow and since then it came to be known as Pili Pokhar. 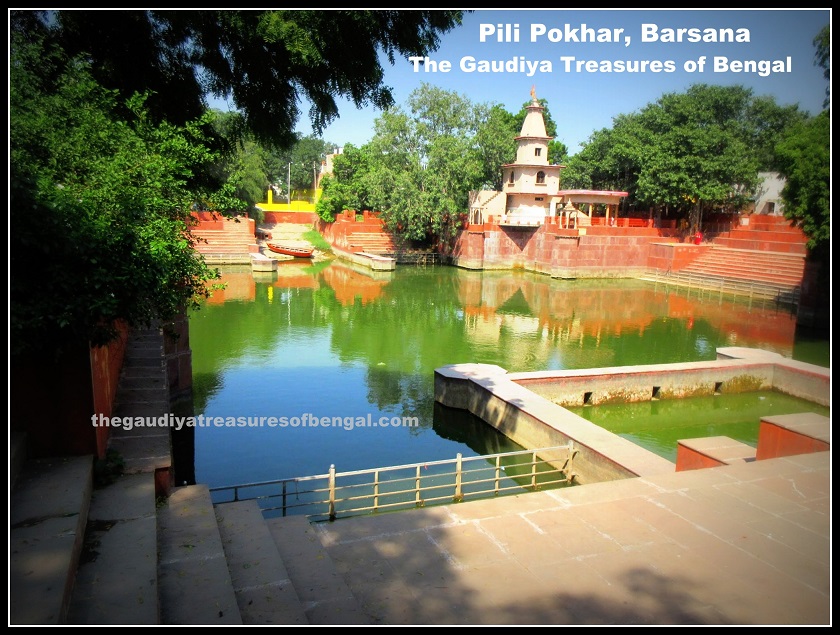 The place is also known for the Pilu trees (toothbrush trees) that encircle the lake. Bhakti Ratnakara states that Piyala Sarovar or Pili Pokhar is where Radha and Krishna enjoyed various sporting activities along with their friends on the pretext of picking up the Pilu fruits.

Pili Pokhar is a yellowish pond located about 1 Kilometer from Radharani Mandir (Shree Ji temple) in Barsana. It is well connected via roadways. One comes across Pili Pokhar midway while traversing from Shreeji Mandir to Rangeeli Mahal in Barsana.