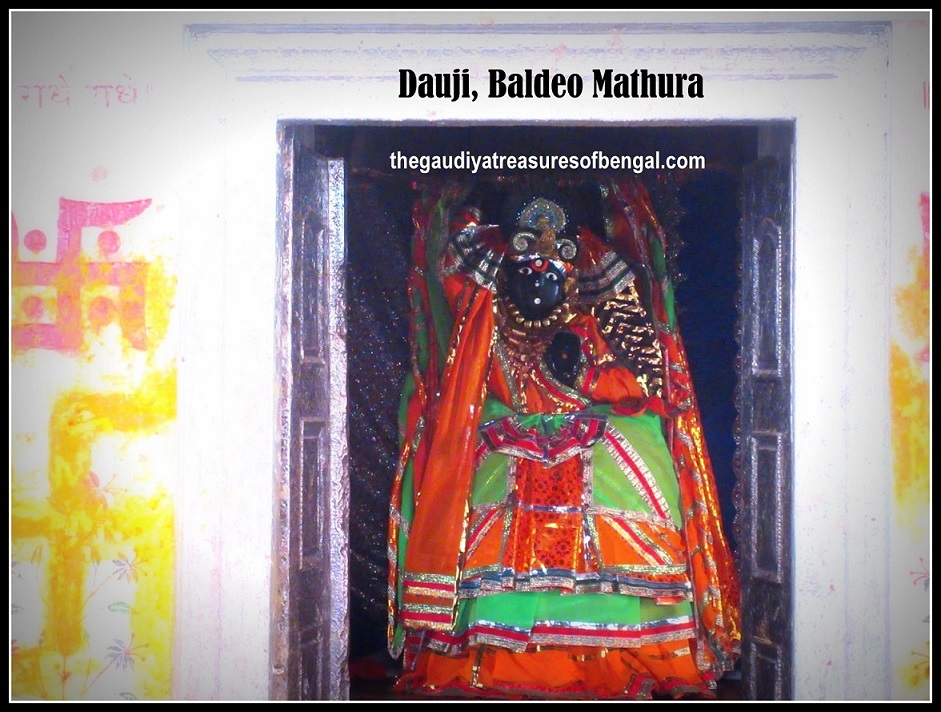 Devaki and her husband Vasudeva were imprisoned by Kansa (Devaki’s oppressive brother) when Kansa learned that their eighth son would be the cause of his own death. Kansa was a tyrant who imprisoned the couple with the intention of killing his sister’s sons one by one. Kansa made alliances with other demoniac kings and unleashed a reign of terror. No one could dare speak against Kansa or his monstrosities. When Devaki became pregnant for the seventh time, Sri Balarama, who is a plenary expansion of Krishna, appeared in Devaki’s womb. Devaki was jubilant as she could perceive that Lord Vishnu had taken shelter in her womb. At the same time, she was morose fearing that Kansa would kill the baby soon after birth. Krishna, the supreme Lord, then instructed His yogamaya potency to move Lord Balarama from Devaki’s womb to the womb of Rohini. 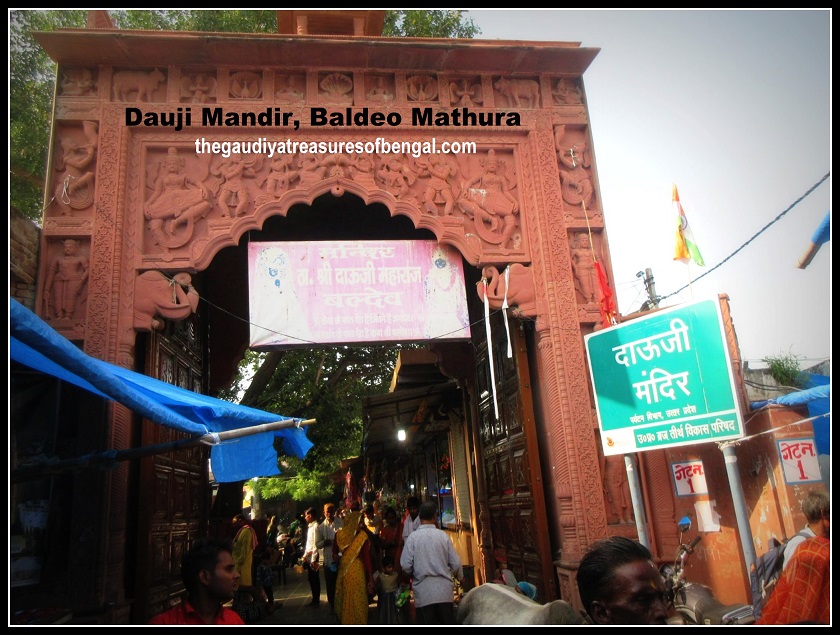 Rohini was one of Vasudeva’s wives who was living in Vrindavan out of Kansa’s fear. Krishna declared that Lord Ananta would be renowned as ‘Balarama’ or ‘Sankarshana’ after His divine appearance. Thus, placing Devaki and Rohini devi in Yoga-Nidra, Yogamaya shifted Lord Balarama from Devaki’s womb to Rohini’s womb. As a result, people assumed that Devaki’s seventh pregnancy was a miscarriage. After Lord Balarama had prepared the womb, mother Devaki gave birth to Krishna, the supreme Lord, who became her eighth child.

Lord Balarama and His divine identity 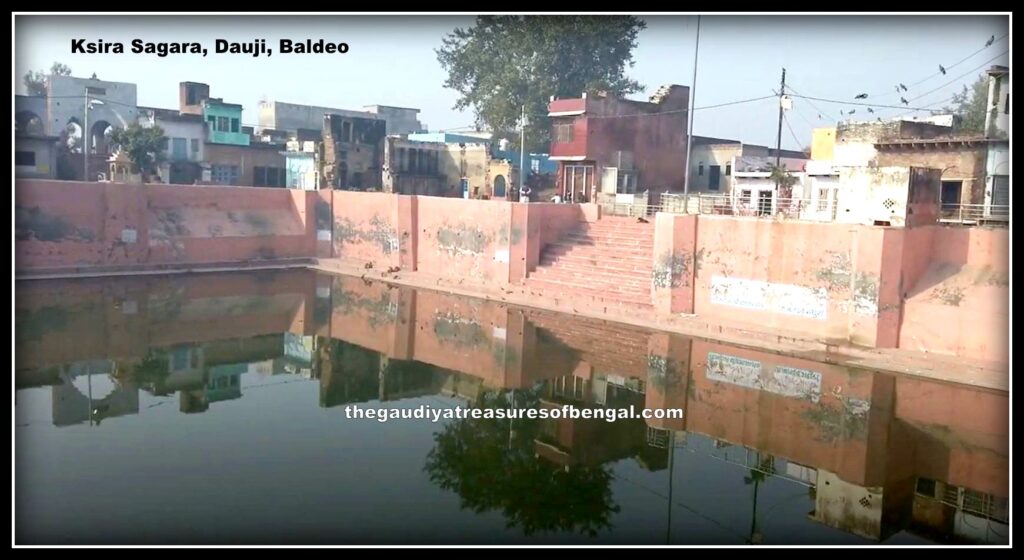 Among the contemporary associates of Sri Krishna, Sri Balarama is the foremost. He is the son of Vasudeva and Rohini. He is the elder brother of Krishna and is renowned as the killer of the demon Pralambasura. He possesses a bodily complexion that is white as crystal. He dons long hair, dresses in bluish garments, and decorates Himself with wildflowers. He wears a crown, sports jewel studded earrings, jeweled necklaces, and beautiful garlands. Captivating armlets, bracelets, and anklets grace His attractive disposition. 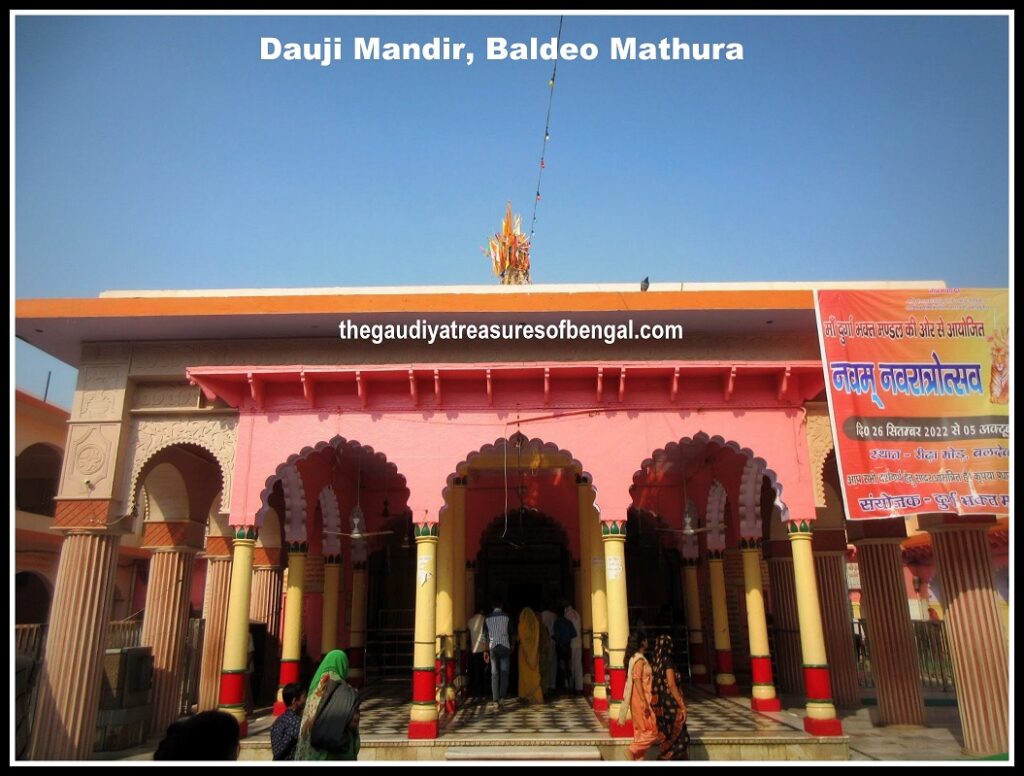 Krishnaloka is the supreme planet of the spiritual world and is the transcendental abode of Krishna. It has three divisions – Dwarka, Mathura, and Goloka. In that abode, the Supreme Lord manifests Himself into four plenary expansions – Krishna, Balarama, Pradyumna, and Aniruddha. Below Krishnaloka, lies the innumerable Vaikuntha planets, which are presided over by a four-handed Narayana, who expands from the first quadruple manifestation, mentioned above. Balarama who resides in Krishnaloka is the original Sankarshana and is the source of Maha-Sankarshana who resides in the Vaikuntha planets. Maha-Sankarshana is responsible for maintaining the planets in the spiritual sky. Maha-Vishnu who lies on the causal ocean and is the source of all universes is an expansion of the Sankarshana. Maha Vishnu further expands into Garbhodakasayi Vishnu who enters each universe and thereafter creates Brahma, the first living creature of the universe. Garbhodakasayi Vishnu further expands into Ksirodakasayi Vishnu who exists in the heart of every living entity as the Supersoul. Therefore Lord Balarama is the original Sankarshana. Maha-Sankarshana and the Purusha avatars are His plenary expansions.

Revati devi is the eternal consort of Lord Balarama. Garga Samhita recites a wonderful pastime as to how the two met and married each other in this material world. Revati devi had incarnated as Jotismati, the daughter of Caksusa Manu. She desired to marry the strongest person. Mother Earth (Bhumi) disclosed to her that none in the three worlds is as powerful as Sankarshana upon whom rests the entire creation. Taking her father’s permission, Jotismati retired to the Vindhya mountains to execute severe austerities to marry Lord Sankarshana. She performed austerities for several hundred thousand years. Many demigods, being attracted to her beauty, approached her but she cursed all of them. When she cursed Indra, Indra counter-cursed her that she would never have any children. Finally, Lord Brahma came to her and assured her that Lord Sankarshana would appear in this world after twenty-seven Divya yugas. At that time, she could marry Him. Jotismati, however, was not satisfied. She requested Brahma to hasten the process so that she could unite with Sankarshana without waiting for so long. She even threatened to curse Brahma, if he did not heed her request. Becoming fearful, Brahma blessed her with the boon that in her next lifetime, the twenty-seven Divya yugas would pass by very fast. Hence her desires would become fulfilled in her very next lifetime. 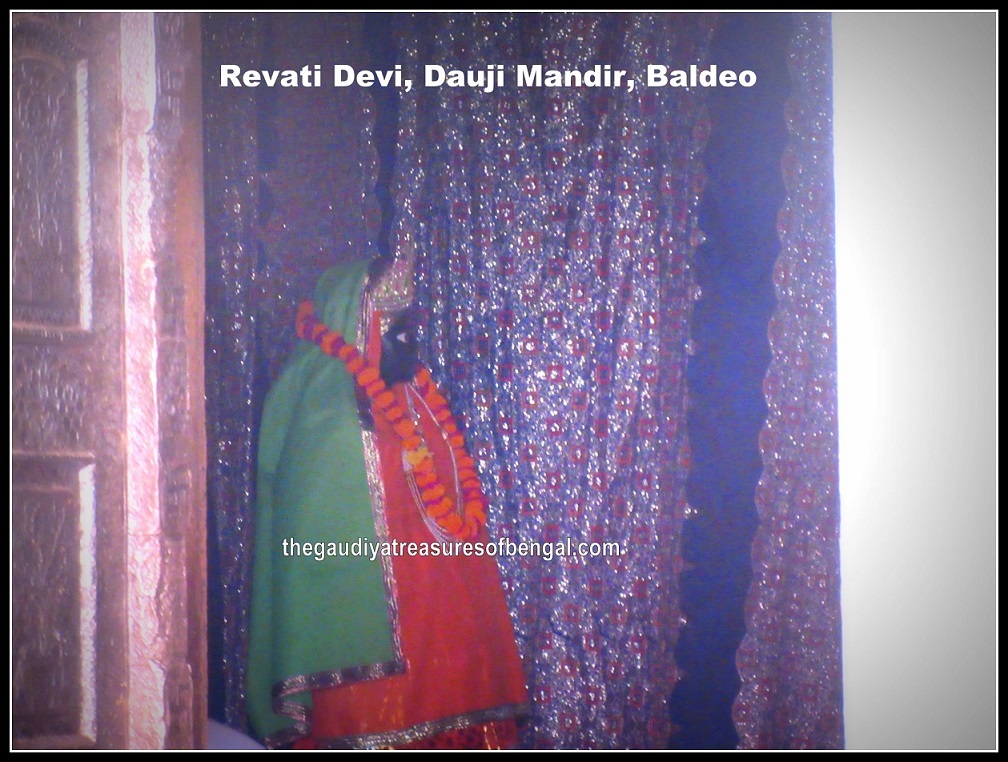 Accordingly, Jotismati took birth in the Anarta province as the daughter of King Revata. She came to be known as Revati. She was exceedingly beautiful. When she was asked whom she would want to marry, she replied that she would only marry the strongest. King Revata took his wife and daughter in a chariot and voyaged the various planetary systems in search of the strongest man. Finally, he arrived at Brahmaloka. Lord Brahma, however, was busy watching a dance performance and the King had to wait for a few moments before speaking to him. But those few moments translated to twenty-seven Divya yugas on the earth. Brahma informed King Revata that Balarama, who was Sankarshana and the most powerful personality, would soon appear on the earth to assist Lord Krishna in His transcendental pastimes. Hence he advised the King to return without delay.

It is stated in Gopal Champu that King Revata and his daughter thereafter came to Dwarka and requested Lord Balarama’s hand in marriage. Krishna consulted with Vasudeva and others and convinced Balarama to accept King Revata’s proposal. However, Revati was much taller than Balarama as she belonged to a previous age. Hence when Revati devi was sleeping, Lord Balarama touched His plow to her body and reduced her height to suit His own. Lord Balarama married Revati devi, His eternal consort, showering unending bliss upon all.

What to See at Dauji Mandir, Baldeo

Dauji temple at Baldeo lies about 20 Kilometers south of the Mathura railway station. Baldeo is well linked via roadways. The temple is hardly a 2 minutes walk from the Baldeo Police station.