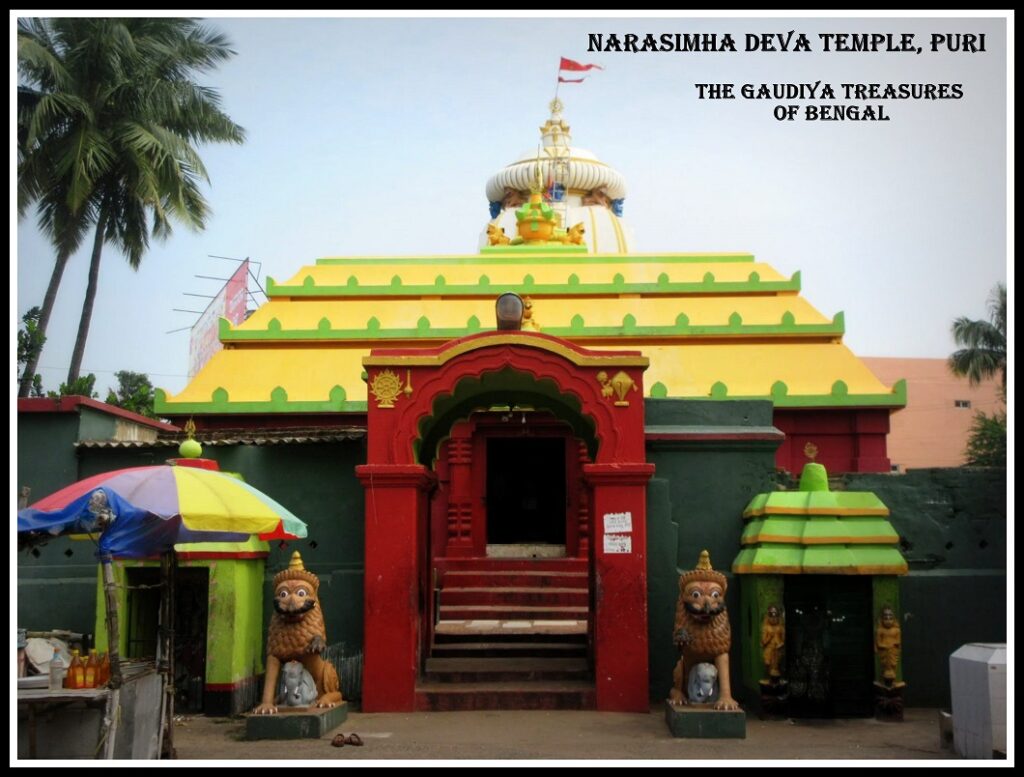 Lord Narasimha is the fearsome half man-half lion form of the Supreme Lord Krishna, who had manifested Himself out of a pillar to protect His devotee Prahlada from the hands of demon Hiranyakashipu, his father. Hiranyakashipu was a mighty demon who had almost become immortal having been granted boons by Brahma. Hiranyakashipu wreaked havoc by conquering all of the three worlds in this material universe. No one could dare stand up against him in any war. The demigods were overthrown from their kingdoms in heaven and were made to bow at the demon’s feet. Hiranyakashipu was finally killed by Lord Narasimha deva who placed the demon on His lap and ripped open his body with His fingernails.

There are two deities of Lord Narasimha one behind the other, that are worshiped in this temple. A deity of ‘Shantha Narasimha’ (peaceful form) is worshiped at the front. This peaceful deity of Narasimha has human-like features- a sharp nose, curvy mustache, and an outstretched tongue. By seeing this form of Narasimha one feels calm causing all of one’s anger to subside. Once a Muslim marauder named Kalapahad ransacked Puri and damaged numerous Deities. But upon seeing this form of ‘Shantha Narasimha’, his anger subsided and he did not harm the Deity. The other Deity who is worshiped inside the temple is that of Ugra Narasimha deva. This is the fearful form of Lord Narasimha Deva. 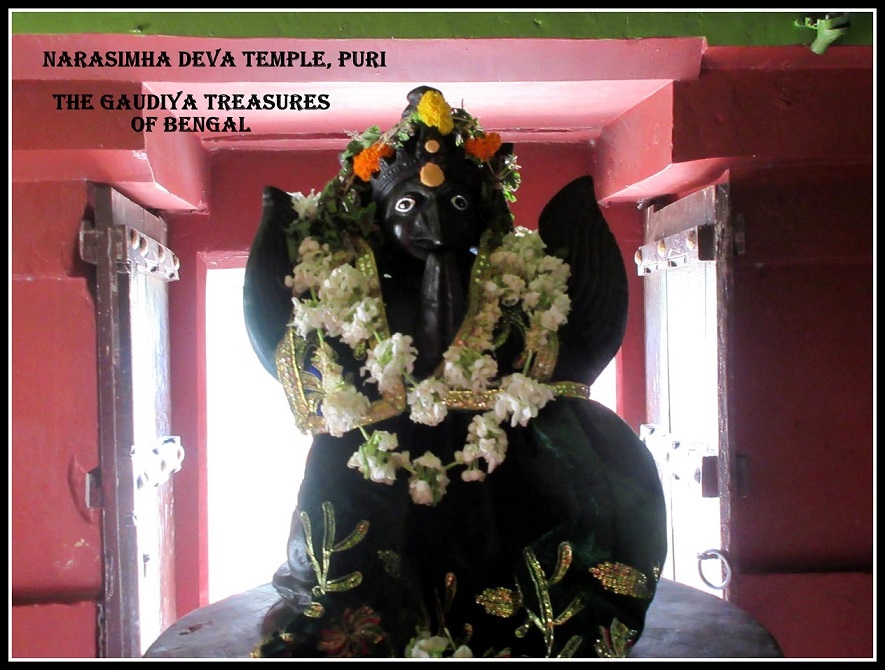 This temple of Yajna Narasimha is one of the most ancient Vaishnava Shrines in Jagannath Puri. Situated near the northeast boundary wall of the famous Gundicha Temple, the Narasimha shrine finds its mention in the Skanda Purana and is said to have existed at the time King Indradyumna visited the place in Satya Yuga. King Indradyumna is said to have built a temple for Narasimha and installed the deity therein, with the help of Sage Narada. Indradyumna also performed thousands of Ashwamedha yajnas in this temple, and thus the Deity is known as Yajna Narasimha.

Yajna Narasimha deva temple is situated at a distance of just 3 kilometers from the Jagannath temple in Puri. It is located at the end of Badadanda or Grand Road near the northeast boundary wall of the famous Gundicha Temple. The place is quite renowned and one can avail cabs to reach here directly. 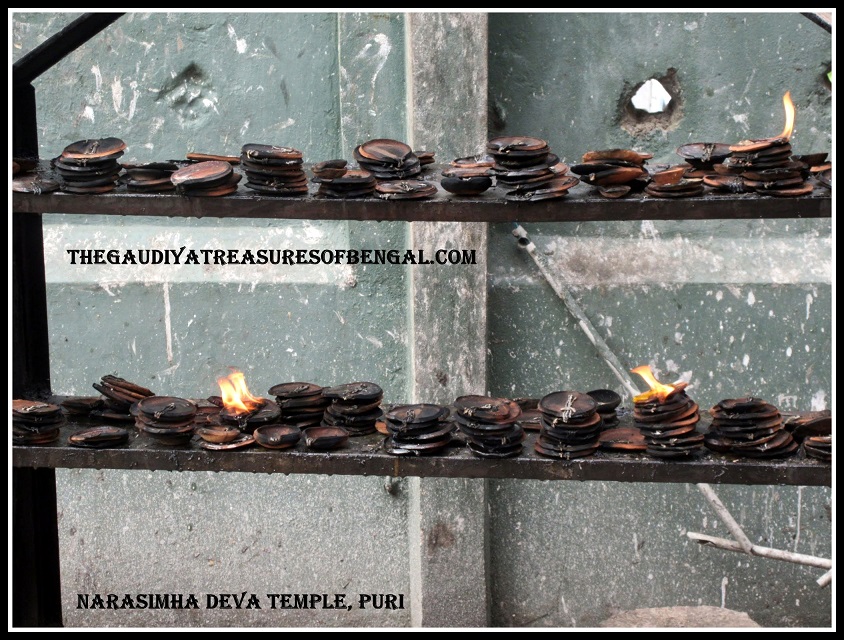