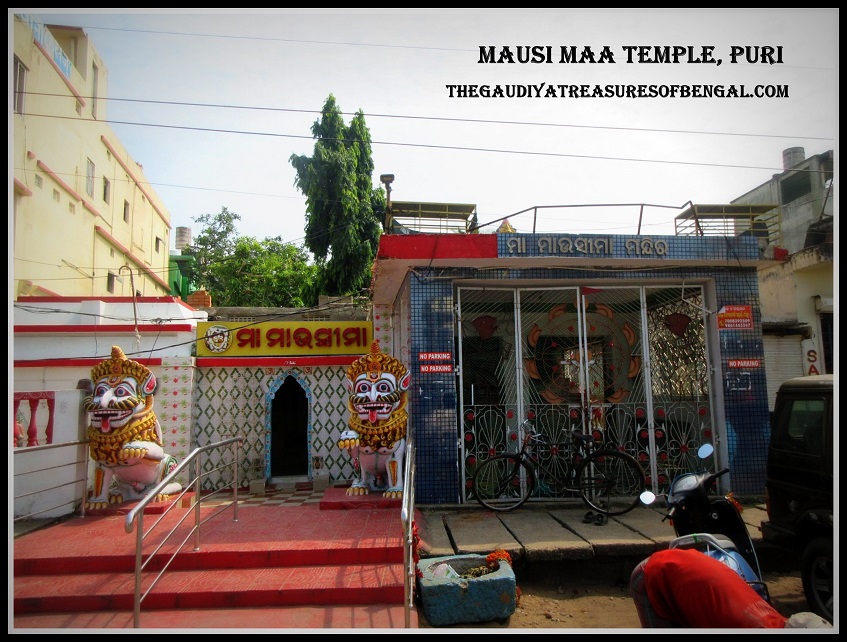 Situated midway on the grand road, at Balagandi square, there is a small temple devoted to Goddess Mausi Maa. Mausi Maa temple is located on the right side of the Grand Road leading from the Jagannath temple towards Gundicha temple. This small temple was built by a King of the Keshari dynasty. Mausi Maa (the mother’s sister) is revered as the aunt of Lord Jagannath. The word ‘Mausi Maa’ is a blend of two words, ‘Mausi’ and ‘Maa’. In Odia language ‘Mausi’ means ‘Aunt’ and ‘Maa’ means ‘mother’ or in this case ‘Goddess’. She is regarded as one of the eight Shaktis (ashta-shakti) of Srikshetra Jagannath Puri.

Mausi Maa is also known as Ardhasani. It is stated in Skanda Purana that she drank half the seawater that once over flooded Puri and thus saved the town. Therefore her name has become ‘Ardhasani’ and the temple is also named Ardhasani Temple. It is a belief among the local people that Goddess Ardhasani, together with Kapala-mochana Shiva, act as the day and night protectors of Jagannath Puri. 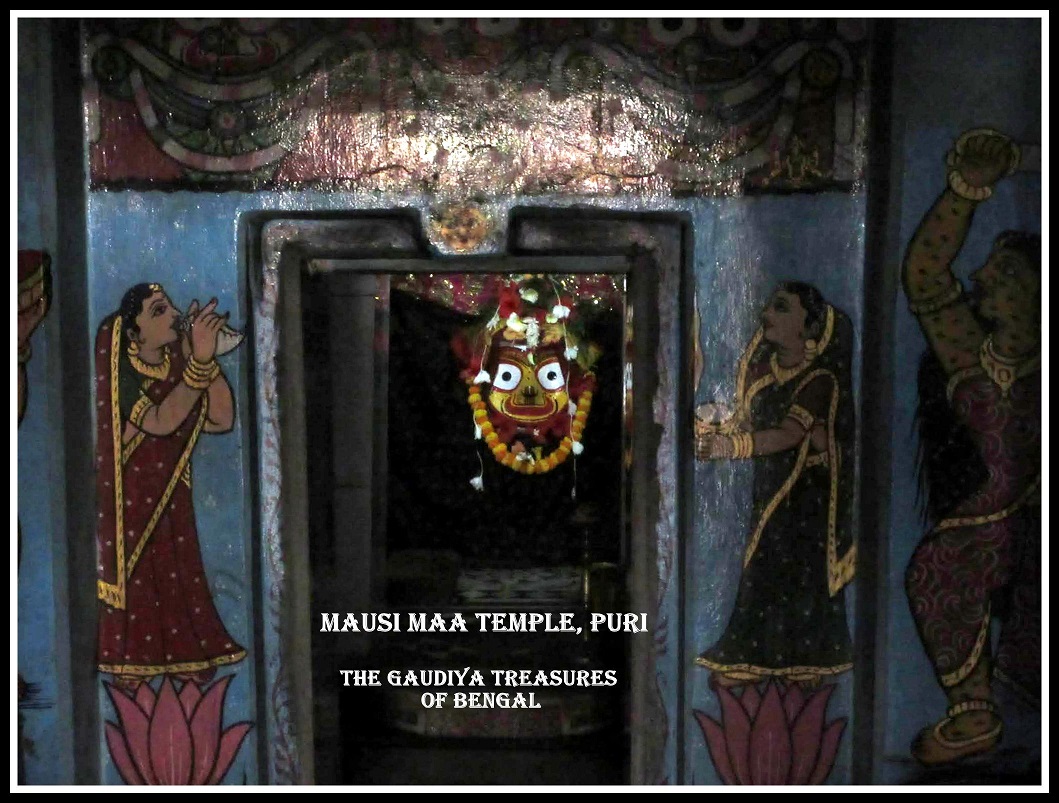 Mausi Maa temple is closely associated with Lord Jagannath’s Rath yatra festival. As per the rituals of the Rath yatra, on the day of Bahuda Jatra (Ulta-Rath), the chariots of the trinity stop in front of this temple for a while. Here, Lord Jagannath accepts his favorite rice cake known as ‘Poda Pitha’ from His aunt. The cake that is offered to Lord Jagannath by His aunt (Mausi maa) is known as ‘Suropamanohi’.

Mausi Maa temple is situated on the right side of Grand Road leading from Jagannath temple towards the Gundicha temple. This temple is quite renowned and one can avail cabs to reach here directly. The temple is located midway on the grand road, at Balagandi square, in Puri.