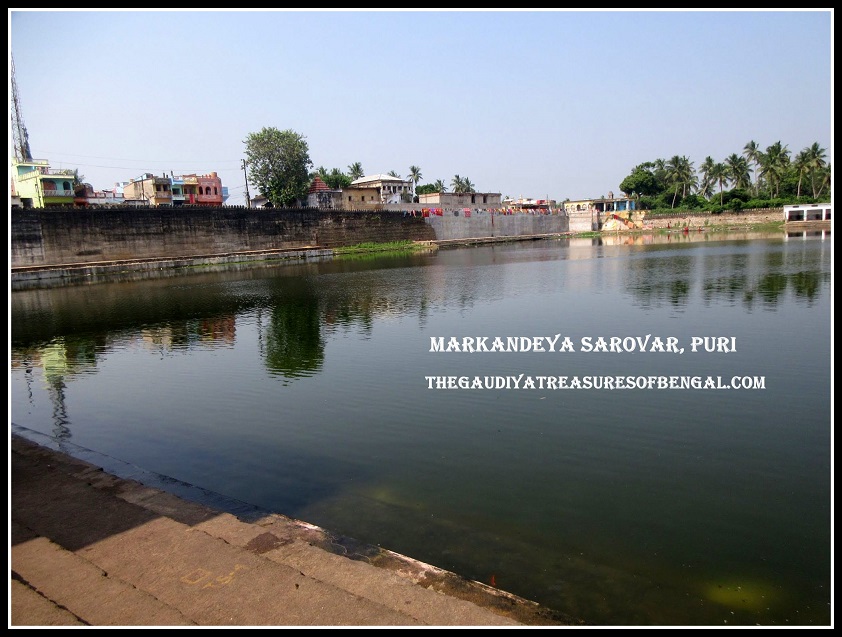 Markandeya Sarovar is a large water body located southwest of Jagannath Mandir in the Markandeshwar-Sahi area. Markandeya Sarovar is an open structure and it is enclosed within a stone wall made of dressed laterite blocks. Bathing ghats are provided for the tourists on the southern side of the tank. The tank is used for rituals as well as for normal bathing. The great Vaishnava sage Markandeya Rishi resides here worshiping a Shiva Deity named Markandeshvara Mahadeva, one of Puri’s Pancha Mahadevas. Sri Madan Mohan, Jagannath deva’s festival deity, enacts His Kaliya-mardana pastimes (crushing the Kaliya serpent) here in this holy water tank. If one bathes in Markandeya Sarovar, and then takes Darshan of the Markandeswar Shiva linga here, he obtains the pious result of performing both Rajasuya and Asvamedha-yajnas. There is a deity of Markandeya Rishi and Shiva linga named Markandeswara Mahadeva who is worshiped here. This ancient tank along with its yajna vedi in the middle is the oldest among the Pancha tirthas (Sweta Ganga, Indradyumna Sarovar, Markandeya Sarovar, Rohini Kunda, and the Sea) of Srikshetra.

It is stated in Skanda Purana that Jagannath Puri dham is never destroyed, even during the time of universal annihilation. Sage Markandeya was blessed to live as long as seven kalpas (1 kalpa= 1000 cycles of four yugas), or seven days of Brahma. At the end of each day of Brahma, universal annihilation takes place. The entire world is inundated with water and all of its residents perish. Having been blessed, Markandeya rishi survived the annihilation, however, there was nowhere for him to reside. While he was floating in the waters he suddenly listened to someone calling him. He saw an island with a big banyan tree on it. That place was none other than Purushottama Kshetra (Jagannath Puri dham). Markandeya Rishi looked around to discover who was summoning him, and under the banyan tree, he saw Sri Lakshmi-Narayan. He offered his prayers to Them, and They instructed him to climb the banyan tree, where he witnessed the childhood form of the Supreme Lord. 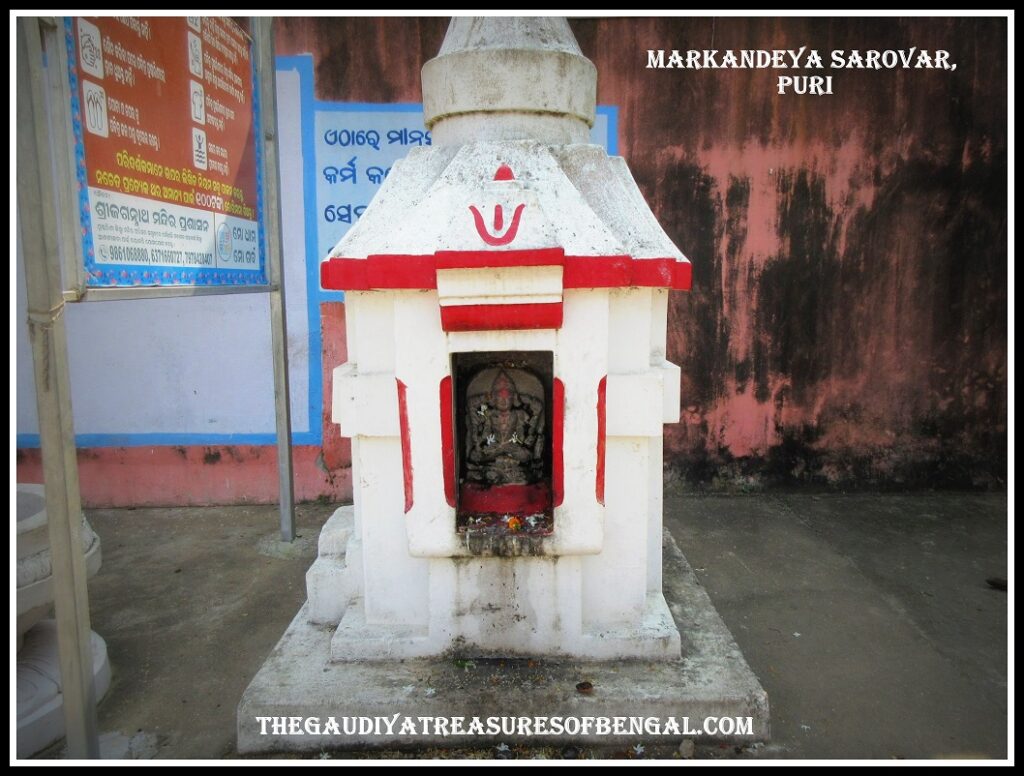 The sage climbed the tree and saw the Lord lying on top of a leaf, sucking upon His toe. When Markandeya reached Him, the boy opened His mouth and the sage slipped through it. Inside sage Markandeya, saw all the fourteen planetary systems and the entire creation of Lord Brahma. He started to travel towards the end of it, but could never reach it. Finally, he came out through the neck of the Lord having attained darsana of Lord Purusottama. The Lord told Markandeya that the place was eternal and would never be annihilated. Markandeya desired to never leave this place. He stayed there near the Vayu corner of the Vata Vriksha temple and worshiped Lord Mahadeva, who is very dear to Lord Purushottama. 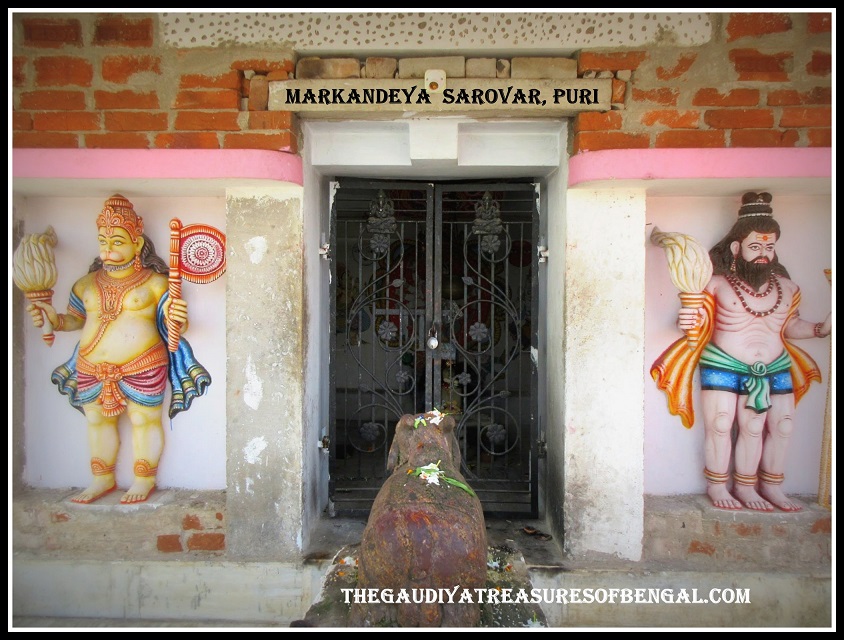