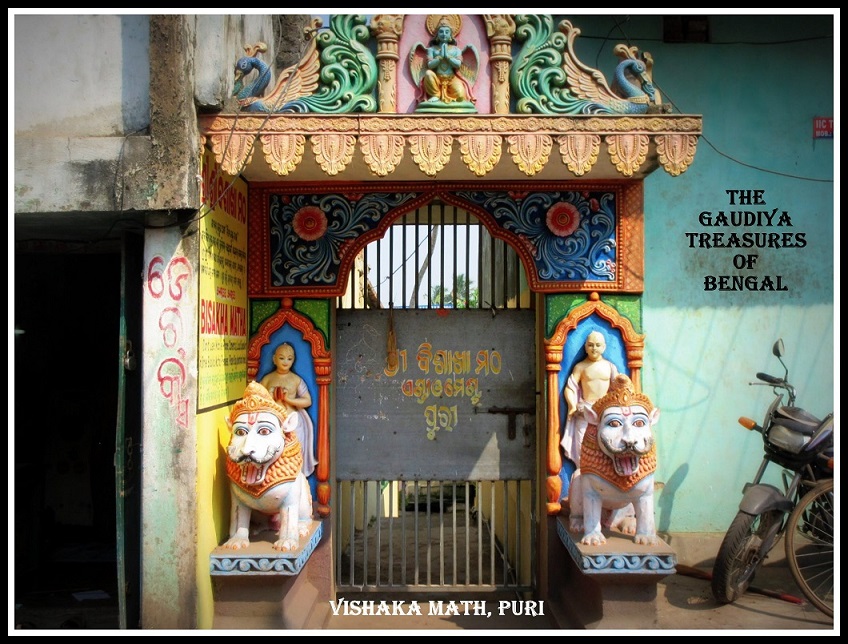 Visakha math is an exalted site of Jagannath Puri that had been established by Sri Narahari Sarkar Thakur, who was the incarnation of Sakhi Madhumati, in Krishna’s Vrindavana pastimes. Beautiful Gaura Gadadhara deities of Narahari Sarkar Thakur are presently worshiped here at Visakha math, in Jagannath Puri. Enchanting deities of Jagannath-Baladeva-Subhadra and numerous Saligram silas also grace the temple altar.

During the Rath Yatra at Jagannath Puri, the vaishnavas of Srikhanda formed a group of their own, and immersed themselves in an intoxicating dancing sankirtana. Sri Narahari and Sri Raghunandana (Sri Mukunda’s son) were its leaders. Sri Chaitanya Charitamrita confirms this –

Under the instructions of Sri Chaitanya, all the other groups of devotees performed kirtan (congregational chanting of the holy names), which greatly glorified Sri Krishna. However, being exceedingly attached to Sri Gaurasundara, the devotees of Srikhanda were not able to abide by Mahaprabhu’s orders completely. Not being able to control their earnest desires to glorify Lord Gaurasundara, they engaged in an ecstatic Gaura-kirtan, which greatly praised the unending qualities of Sri Sacinandana. 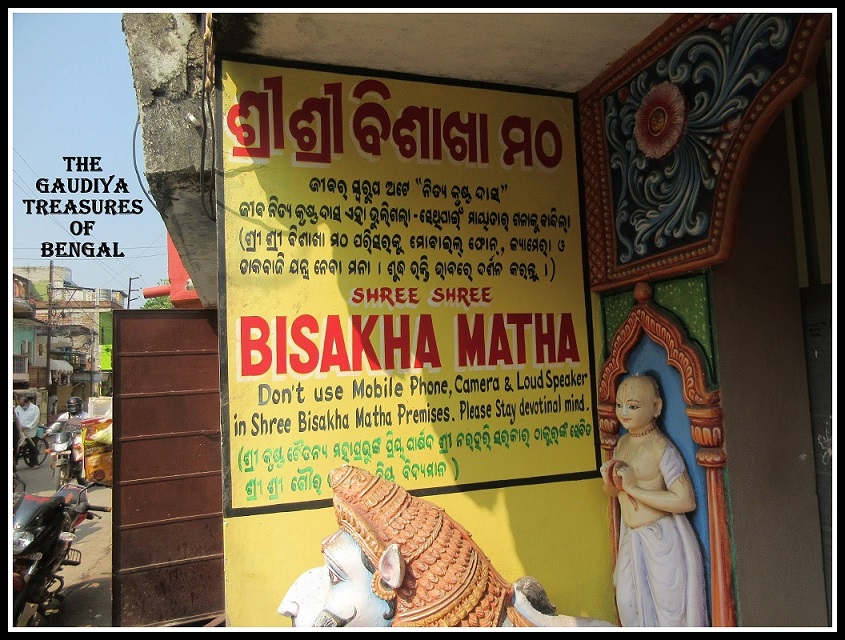 We leave you with a beautiful composition of Narahari Sarkara Thakura ,which describes how he had felt when he first met with and surrendered unto Sri Chaitanya Mahaprabhu at Navadvipa dham –

Vrajabhumi kari sunya, navadvipe avatirna
Eteka tomara chaturala
Dukha diya nirantara, barna kari bhabantara
Punah barao biraha janjala
Nai sikhi puchha chura, nai se pitadhara
Kare nai se mohana bansuri
Jahate kariya gaan, bandhile gopir prana
Se bansuri kothaya Gaurahari
Nahi se banka nayana , ebe heri sulocana
Kintu se bhangima nahi jaya
Yadi dile darsana, eirupe bhulaile mana
Tumi ki se vrajer Kanai
Kahe Narahari Das, yara nahi vishvas
Se asiya dekhuk nayane
Sedine yei katha, kahite antare byatha
Ye haila ubhoy milane
–
Deserting the transcendental abode of Vrindavana, You have now appeared in the land of Navadvipa ; this is your inconceivable pastime
Feeling unrelenting pain at heart, i try to describe your different mood,
Thereby further increasing the fire of separation from You.
The curly round hair that used to adorn your head is no more ; Neither are the royal apparel that once decorated your beautiful body to be found; The mesmerizing tune of your flute is also no longer heard.
The flute , whose enchanting captivating tune, stole away the hearts of the Gopis in Vraja ; Where have you hidden it now Gaurahari ?
Those naughty bent eyes of Krishna, have been now replaced with the beautiful captivating eyes of Sri Krishna Chaitanya ; yet the posture remains the same.
You mercifully gave me darsana, but you have bewildered my mind to such an extent, That i do not recognize You as the same Krishna of Vrindavana.
Narahari Das proclaims that You are the same Supreme personality of Godhead, and one who doesn’t yet believe should come and behold Your beautiful form with his own eyes.
Thus I describe my feelings that I experienced on that day, when I reunited with the Lord of my Life.

This ancient temple is a ten minutes walk from the Markandeya sarovar, in Jagannath Puri. It is situated behind the Bada Oriya math in the Markandeshwar sahi area. 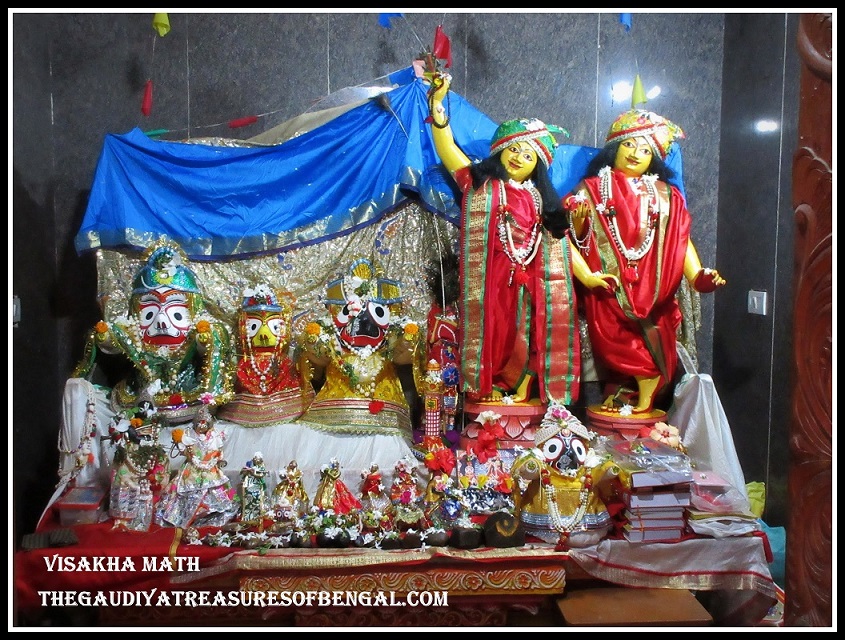