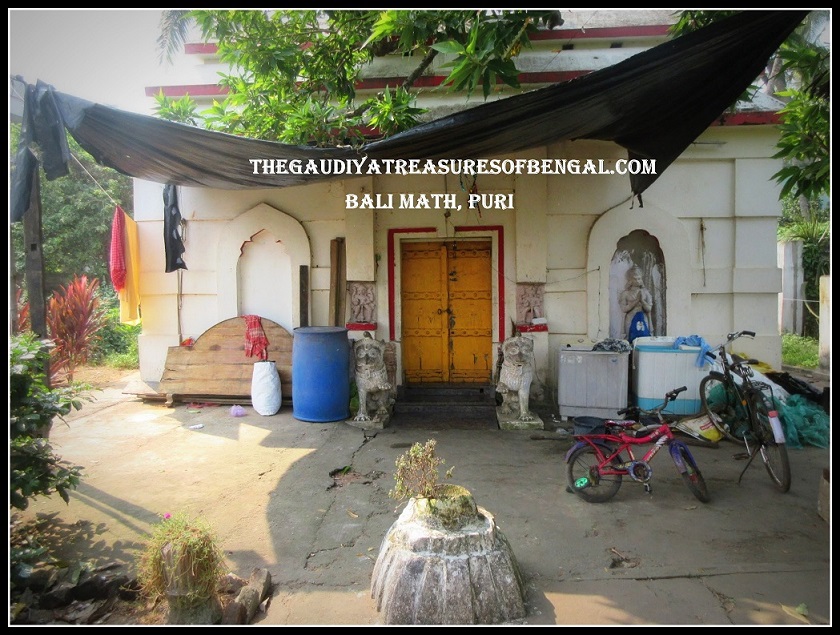 Bali Math, which is said to have been established by Sri Abhiram Gopal Thakur, the incarnation of Sridama in Lord Krishna’s pastimes, is a medieval temple that lies in ruins today. It is situated in the Markandeshwar Sahi area behind the Bada Oriya Math. Beautiful deities of Radha Krishna are worshiped in this ancient temple.

Sri Abhirama Gopal Thakur had manifested innumerable heart-melting pastimes here at Jagannath Puri. One of them was his test of Gopal Guru Goswami, the disciple of Vakreshwar Pandita. It was well-known that whoever Abhiram Gopal Thakur paid His obeisances died if that person was not the Supreme Lord or His expansion. Several deities of Bengal had cracked not being able to tolerate the obeisances of Abhiram Gopal. Several sons of Nityananda Prabhu had died for they were not expansions of the Supreme. 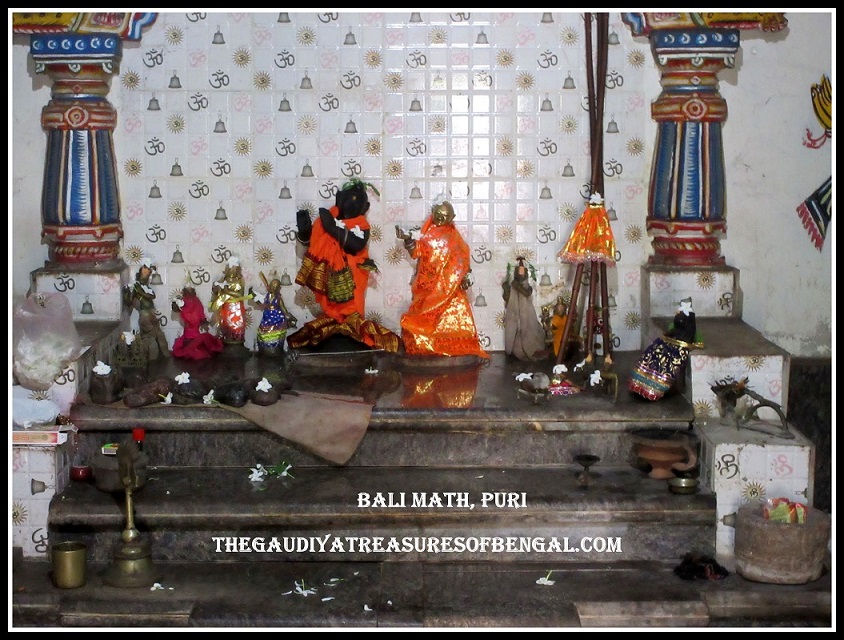 Birchandra Prabhu and Raghunandan Thakur, sons of Lord Nityananda and Mukunda das respectively, could endure Abhiram Thakura’s obeisances for they were expansions of the Supreme Lord Himself. 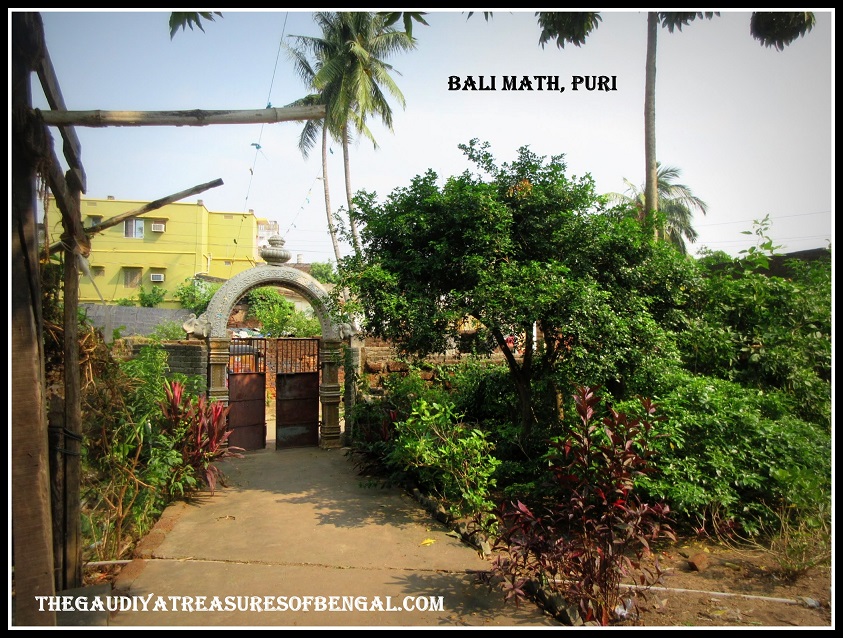 This ancient temple is a ten minutes walk from the Markandeya sarovar, in Jagannath Puri. It is situated behind the Bada Oriya math in the Markandeshwar sahi area.