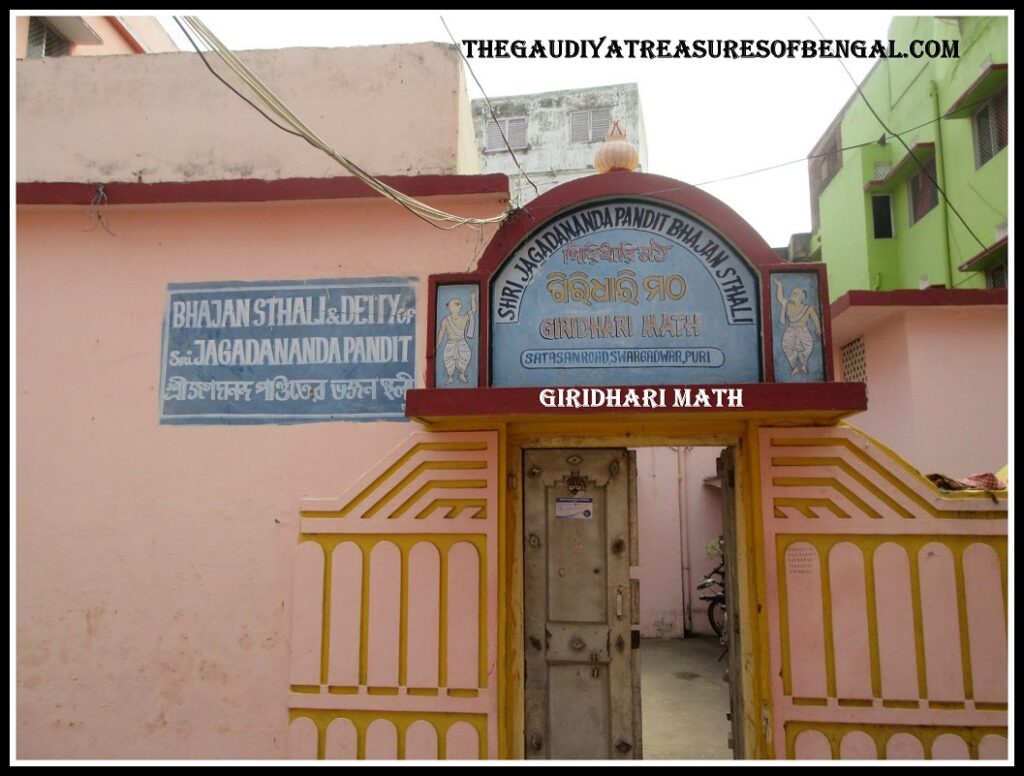 Situated on Satasana Road, next to Iskcon Bhakti Kuti (Bhaktivinoda Thakur’s house) and Srila Haridas Thakur’s samadhi, one shall locate Sat Asana Mathas, which are actually seven temples that had been established to celebrate the pastimes of seven celestial sages (sapta-rishis) who had once meditated at this place. These seven celestial sages namely Kashyapa, Atri, Vasistha, Viswamitra, Gautama, Jamadagni, and Bharadvaja are glorified throughout the Vedic scriptures. Later many associates of Sri Chaitanya Mahaprabhu had also performed their bhajan at these sacred places. A brief description of these seven temples or asanas is provided below. Out of the seven temples that were previously established, only four remain at present – Giridhari math, Syamasundara math, Madana Mohana math, and Krishna Balaram Math. 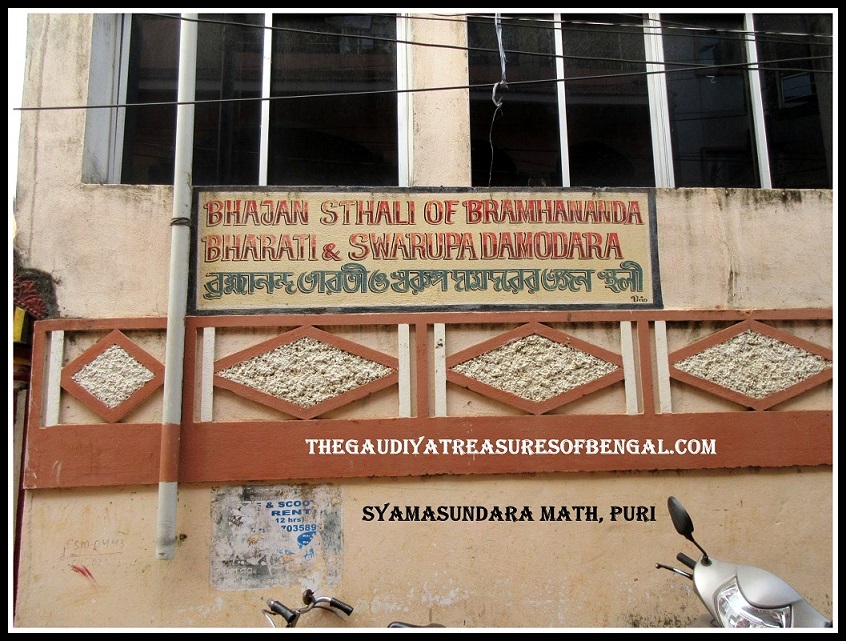 #3 Sri Giridhari asana – Giridhari math is where Jagadananda Pandita had performed his bhajan. Jagadananda pandita, author of Prema Vivarta, was an intimate associate of Chaitanya Mahaprabhu and the incarnation of Satyabhama devi. 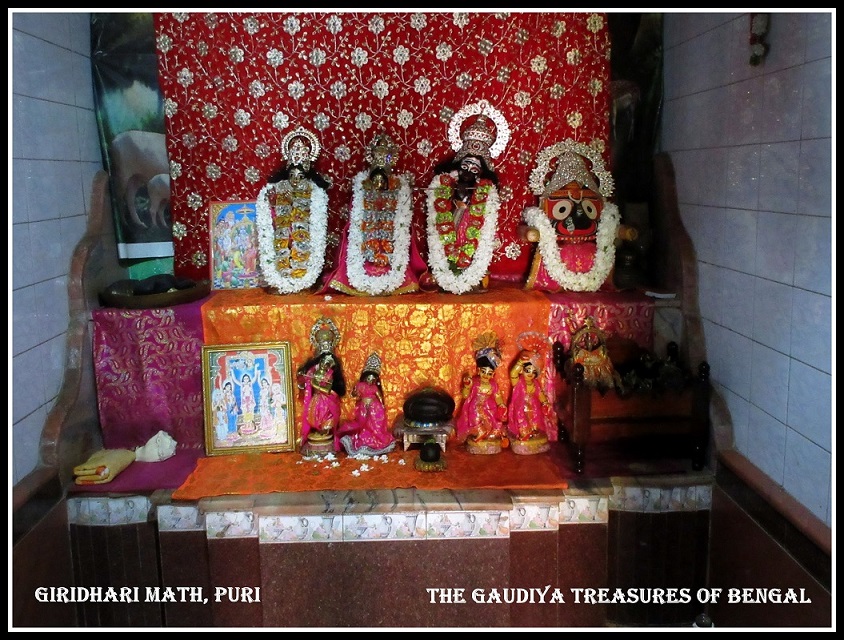 #4 Gumpha asana – This temple also no longer exists at present. It was a place where numerous Vaishnavas congregated to perform their meditation. 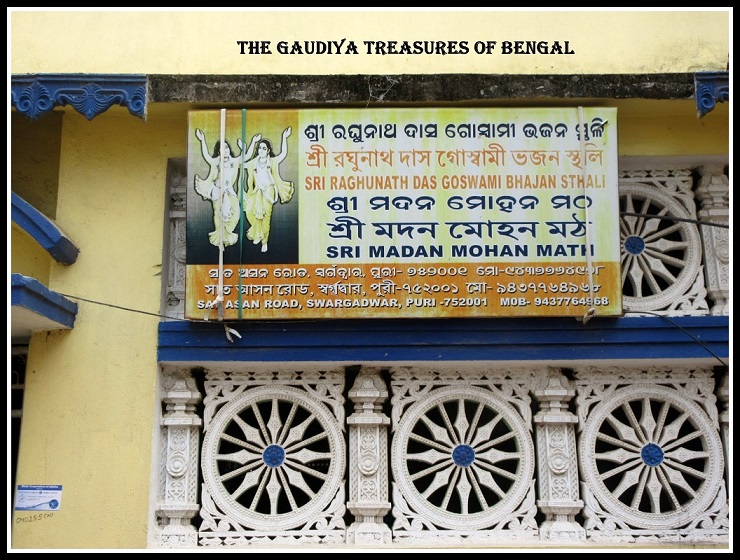 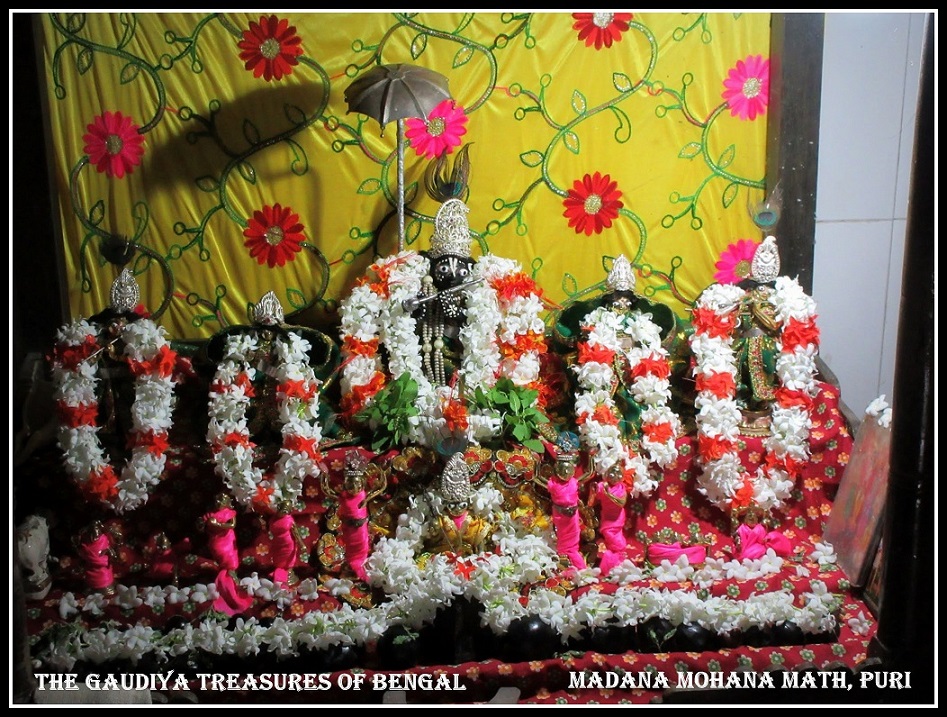 #7 Syamasundara asana – This is said to be the bhajan kutir of both Brahmananda Bharati and Svarupa Damodara. Enchanting deities of Lord Syamasundara are worshiped here.