The Appearance of Lord Narasimha – Mantra (Audio), Prayers and Darsana 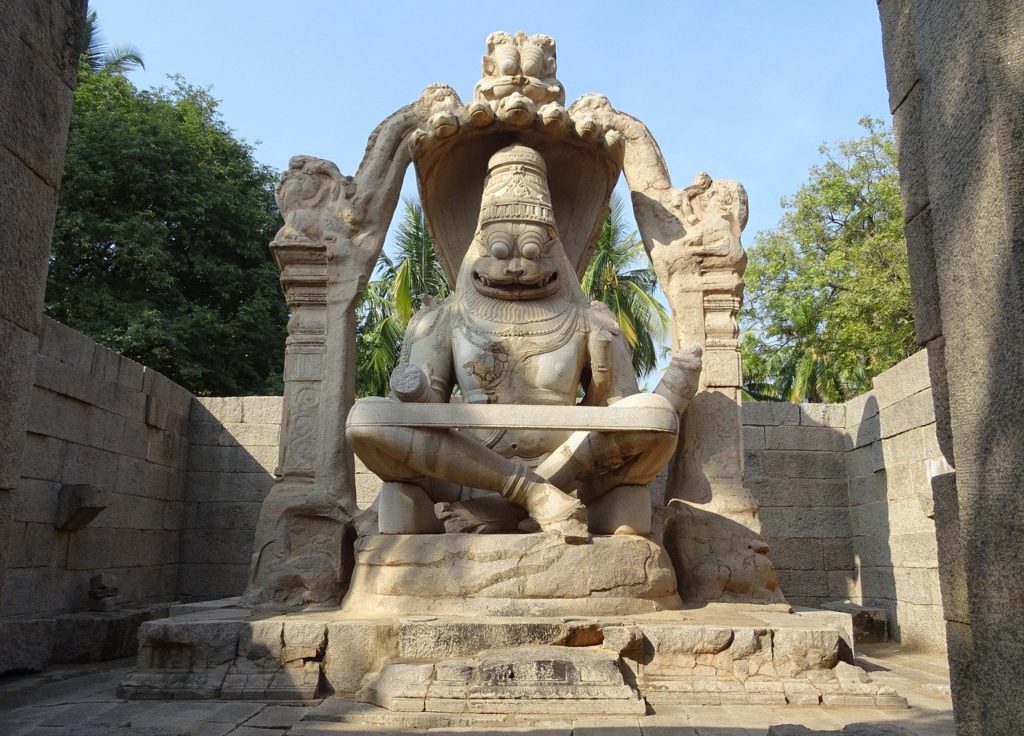 Lord Narasimha deva is the half Man, half Lion incarnation of the Supreme Lord who mercifully protects His devotees. We offer our prayers unto Lord Narsimha for His divine protection. In the Satya Yuga, there once lived a fierce demon by the name of Hiranyakashipu. Performing severe austerities, and standing upon his toes continuously for 100 celestial years (1 celestial day = 6 earthly months), he had become very powerful. His penance was so great that it even shook the demigods, who sought the help of Lord Brahma to desist Hiranyakashipu from continuing with his austerities. Actually, Hiranyakashipu’s elder brother Hiranyaksha, an even greater demon, had been killed by Varaha Avatar, the boar incarnation of the Supreme Lord. Hiranyaksha’s misdeeds had caused mother earth to fall into the depths of the Garbhodaka Ocean, from where Varaha deva later rescued her. So Hiranyakashipu, being fuelled by revenge, wanted to avenge his brother’s death. He wanted to become the Lord of the entire creation by killing Hari, the Supreme Lord.

Lord Brahma appeared before the demon to pacify him. On being asked about what he wanted, the demon demanded that he be granted the boon of immortality. Lord Brahma then clarified that he himself being mortal, would not be able to grant that wish. Hiranyakashipu then demanded the following –

So, essentially, the demon wanted to achieve immortality by cheating death. Lord Brahma granted him all of his wishes and as a result, a bold Hiranyakashipu wreaked havoc by conquering all of the three worlds in this material universe. No one could dare stand up against him in any war. The demigods were overthrown from their kingdoms, and he made them bow down at his feet.

In due course of time, his wife Kayadhu bore him a son whom he named Prahlada. Prahlada was a great devotee of the Supreme Lord and he had learned of the transcendental science of Krishna consciousness (bhakti) from sage Narada while he rested in his mother’s womb. In spite of his father’s repeated attempts to educate him in the vices of the demons, Prahlada remained fixed in his determination to serve Lord Hari. Time and again Hiranyakashipu became frustrated when he heard his own son sing praises of Lord Hari, his sworn enemy. Explaining the science of devotion unto the Supreme Lord, Prahlada Maharaja enunciated the nine processes of devotional service ,namely – sravanam (hearing the Lord’s glories) , kirtanam (chanting His holy name), smaranam (Remembering the Lord), pada-sevanam (serving His lotus feet), arcanam (offering the Lord respectful worship with sixteen types of paraphernalia), vandanam (offering Him prayers), dasyam (becoming His servant), sakhyam (becoming His friend), atma-nivedanam (surrendering unto Him). The teachings of Prahlada Maharaja is one of the pillars upon which this Krishna consciousness movement is established. 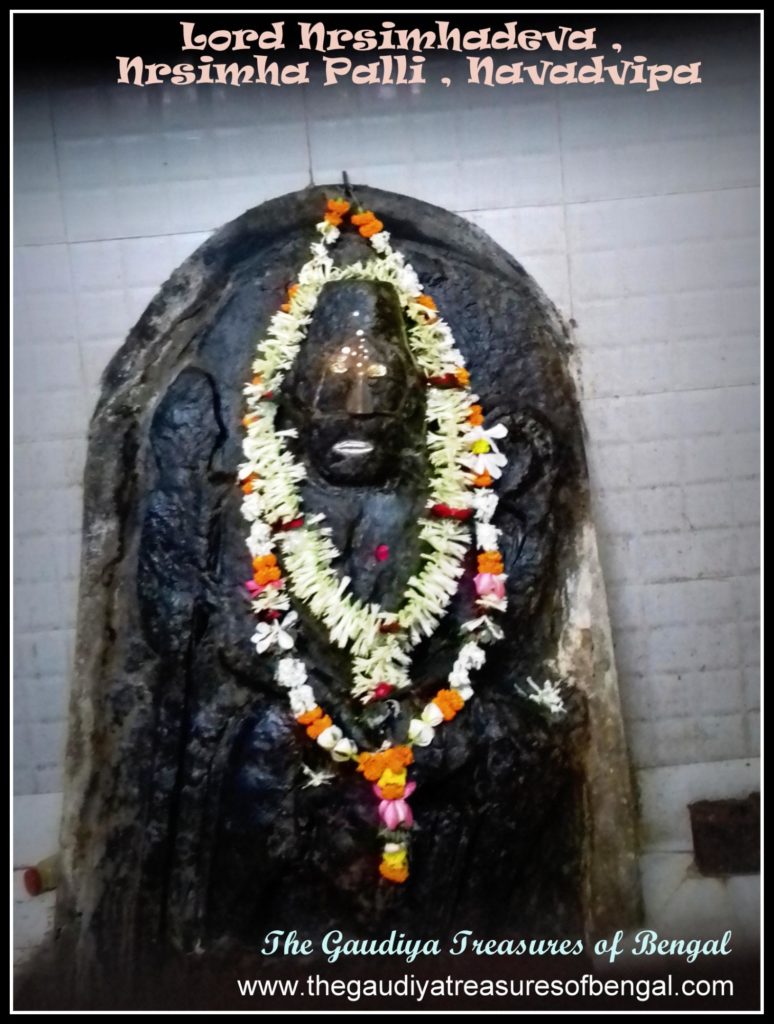 Being fed up with his son’s behavior, and being blinded with anger, Hiranyakashipu ordered his servants to kill Prahlada, his own son. But no matter how laboriously they tried, they could not kill him, as Prahlada was being protected by the Supreme Lord. They threw him from a hilltop, trampled him beneath an elephant’s feet, tried to burn him, threw him into a dungeon of poisonous snakes, starved him, poisoned him, cursed him with evil spells, hurled heavy stones at him, etc. But none of the above actions could as much as produce even a small scratch on Prahlada’s body, who kept incessantly chanting the holy name and remembering the Supreme Lord. This pastime is very instructive for all of us. All of us go through different phases in our lives when we are threatened by other living entities or external forces. As Prahlada Maharaja teaches us, that in these kinds of situations instead of growing scared, we should seek the shelter of the Supreme Lord. A devotee should always keep his faith upon the Lord’s protection (abashya rakshibe krishna -visvasa palana). As soon as one takes shelter of the Supreme, he automatically becomes fearless. That is why the lotus feet of the Lord is also known as ‘Abhaya-Carana’ (abhaya – fearless , carana – feet).

When none of his attempts to kill Prahlada worked, Hiranyakashipu grew very alarmed and enquired as to where Prahlada had received his superhuman powers. Prahlada gently replied that he had received his strength from the same place that his father had received his – from Sri Hari. On hearing his reply, Hiranyakashipu became more enraged and asked Prahlada, as to where his God was. Prahlada answered that God was everywhere. In a fit of rage, the demon then started pointing to different things in the palace and asked his son whether God existed in them. Finally pointing to a pillar nearby, he asked his ‘so-called’ God was present in it. When Prahlada responded in the affirmative, Hiranyakashipu took up his sword and smashed the pillar, as if in an attempt to kill the Supreme Lord.

As soon as Hiranyakashipu smashed the pillar, Lord Narasimha deva appeared from within. The wonderful fearsome half man-half lion form of the Supreme Lord terrified all present. The angry eyes of the Lord resembled molten gold and struck fear in the hearts of the demons. His shining mane, deadly teeth, and razor-sharp tongue further stretched His frightening appearance. His entire body appeared to touch the sky and the hairs on His body were as white as the rays of the moon. With His disc, club, lotus, conch shell, and other natural weapons He started killing the demons, rogues, and atheists in large numbers. Laughing and roaring the Lord began to play with Hiranyakashipu just as Garuda would play with a snake. Sometimes catching him with His divine fists and sometimes releasing him, the Lord displayed His Supremacy. Hiranyakashipu now seemed to be just like a small insignificant insect.

Then just as twilight approached, the Lord easily arrested the great demon, who couldn’t previously be pierced even by demigod Indra’s thunderbolt. Sitting on the doorway of the assembly hall, Lord Narasimhadeva placed Hiranyakashipu upon His lap, and then tore open his body with the help of His nails (not weapons). As He began ripping the demon’s body into pieces, the Lord’s mouth and mane became sprinkled with drops of blood. He then took out Hiranyakashipu’s intestines and decorated it around His divine neck like a beautiful garland. Thereafter He uprooted the demon’s heart and threw his body aside. Thus the Supreme Lord killed Hiranyakashipu without violating any of Lord Brahma’s benedictions. After killing Hiranyakashipu, the Lord then turned His attention towards the demon’s soldiers and killed them all with His nails. The demigods crowded the sky and started beating upon their drums in utter joy. All of the demigods headed by Lord Brahma then offered their respectful obeisances and suitable prayers unto Lord Narasimhadeva. But none of them, not even goddess Lakshmi, the Lord’s wife, dared to come forward as all were terrified of the Lord Narasimhadeva. Then on request of Lord Brahma, little Prahlada approached the Supreme Lord and pacified His transcendental anger. The Lord was very happy to see Prahlada and affectionately placed His lotus hand upon his head, thus purifying him and absorbing him in divine ecstasy. 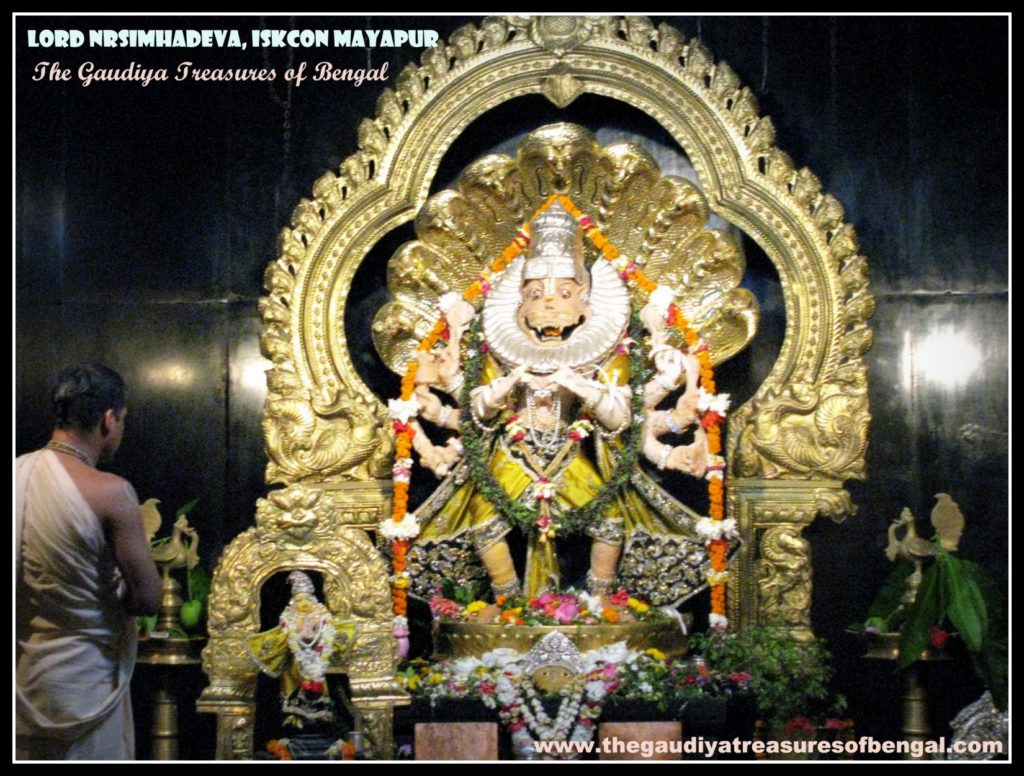 Lord Narasimhadeva did not appear only to kill the demon Hiranyakashipu, as it might apparently seem. This insignificant task could have been performed by any of His innumerable agents. But Vyasadeva reveals in his Narasimha pranama bhajana that the Supreme Lord had actually appeared to provide His association, shower His affection and impart joy unto Prahlada Maharaj, His dear devotee (namas te narasimhaya,prahladahlada dayine). Now that the Lord had already appeared, it was a secondary task to vanquish the demon as well. Likewise, all devotees of the Supreme Lord are firmly placed under the protection of Lord Narasimhadeva.

Translation – O Nrsimhadeva, whose terrible form is characterised by sharp and long teeth, who is very fearful to behold being decorated with strong, large nails and who is garlanded by flames – I humbly pray to that Supreme Lord Nrsimhadeva to destroy my obstacles and kick out my fears. Please scatter my enemies and destroy my karma. I pray that You ,merciful Lord , ever fulfill my desires to serve You eternally and pray that You always protect me and my surroundings. 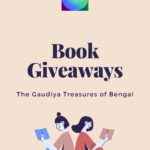