Little Nimai craves for the moon | Pastimes with Saci Mata

One auspicious evening, after employing her servants in their evening chores, Saci Mata carried little Gaurahari out to the courtyard. It was a full moon night and an ascending moon was on the rise. At this time, little Viswambhara, very consciously and cleverly cried out “Mother! Mother!”. Saci Mata urged Him to quit His crying during the evening and assured she would give Him whatever He wants.

Little Nimai replied, ”Please pluck the moon out of the sky and give it to Me”. Saci Mata laughed at His reply and joked at how stupid her son was. “Can anyone get the moon from the sky?”, she said. Nimai challenged, “Then why did you say that you shall give me whatever I ask for? That is why I had my hearts set on having the moon”. 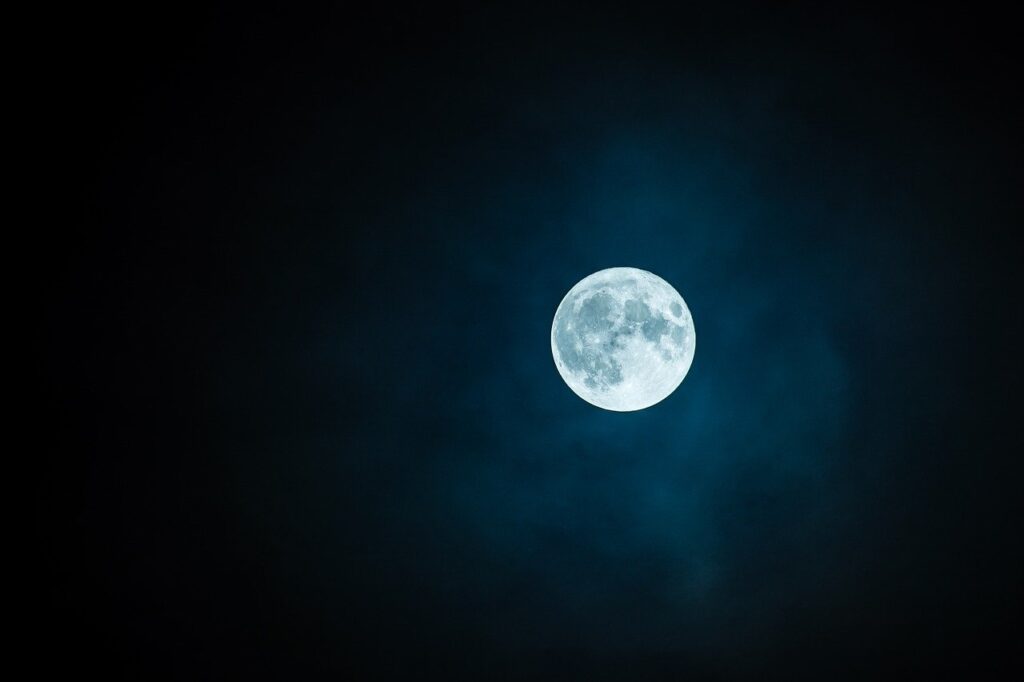 Saying this, He began to cry aloud. Holding the end of His mother’s saree, and rubbing His eyes with His other hand, He began beating the dirt with His feet. Holding His mother’s neck, Lord Gaura Raya kept crying and demanding the moon, with which He craved to play. At times, He rolled over the dirty soil, hit His own face and at times He pulled Saci Mata’s hair. Noticing this Saci Mata turned astonished and remarked, “O stupid boy! Your nature is so strange”.

Saci devi consoled little Nimai saying, “How can I possibly catch the moon in the sky? But there are already so many moons on Your body. Just see how the moon has now become ashamed to reveal itself in front of You,O Navadvipa-chandra (the moon of Navadvipa). Out of shyness, it is now hiding behind the clouds”.

Saying this, Saci Mata took little Nimai upon her lap and began caressing and kissing His cheeks. Seized with parental love, she completely lost herself in bliss, disregarding the time, place, and circumstance. Her voice became choked up in ecstasy.