From afar, i shall view upon the Bilvapaksha forest wherein the four Kumaras remain rapt in meditation of Lord Gauranga. I shall behold the land of Sankarsana kshetra, which lies a bit further away. This is the place where Lord Nityananda manifests His enchanting pastimes. This land is only manifest to the wise devotees.

The village of Bilvapaksha, also known as Belpukuriya, is non-different to the forest of Bilvavana in Vraja. Here some brahmanas worshipped Lord Shiva, offering him his beloved Bael (or Bilva) leaves. Becoming satisfied Lord Shiva, who was five headed, bestowed upon these brahmanas the supreme science of Krishna consciousness. Sri Nimbaditya was one of them, who was very attentive in his worship. Lord Shiva blessed him and directed him to a sacred Bilva forest at the edge of the village. Lord Shiva revealed that the four kumaras (Sanaka, Sanandana, Sanatana, and Sanat) were sitting there rapt in meditation. He instructed Nimbaditya to surrender himself unto them, accept them as his spiritual masters and learn the supreme science of devotion from them. Sri Nimbaditya surrendered himself unto the lotus feet of the Kumaras, who were meditating in that forest unseen by others. They happily accepted Nimbaditya as their disciple and instructed him from their book Sanat-Kumara samhita, which enunciated the path of pure devotional service unto Lord Krishna. Nimbaditya thus learned to worship Sri Radha and Krishna filled with sentiments of ecstatic love. Later Nimbarka obtained the darsana of Lord Gauranga in Bilvapaksha and was astounded beholding the wonderful form of the Lord. Nimbarkacharya went onto become the founding vaishnava acharya of one of the four bonafide Vaishnava sampradayas – Kumara sampradaya.

Nimbaditya incarnated as Keshava Kashmiri , the famous Digvijayi scholar in Mahaprabhu’s pastimes. He was defeated by Mahaprabhu in debate and was further instructed in Krishna consciousness. Lord Chaitanya accepted two teachings from the Kumara sampradaya – the necessity of taking shelter of Radharani, and the high esteem for the gopis’ love of Sri Krishna.

Belpukur is also the residence of Sri Nilambara Chakravarti, Mahaprabhu’s maternal grandfather.Sri Madana Gopala, the worshipable deity of Sri Nilambar, has been carefully preserved at this holy place and continues to accept our humble service till this day. The beautiful deities of Sri Nilambar Chakravarti and his daughter Srimati Saci devi is also worshipped over here.

How to Reach Bilvapaksha: Bilvapaksha is commonly referred to as ‘Belpukur’ these days and Sri Nilambar Chakravarti’s residence is commonly referred to as the ‘Madan Gopal temple’. This place where Sri Nimbaditya received the mercy of Lord Shiva and subsequently the four Kumaras, is renowned as ‘Pancha Vakra shiva tola’. This exalted place is situated a few hundred meters from the Madan gopal temple in Belpukur. At Pancha Vakra shiva Tola, we found a giant Aswatha tree providing shelter to a beautiful Shiva Linga. 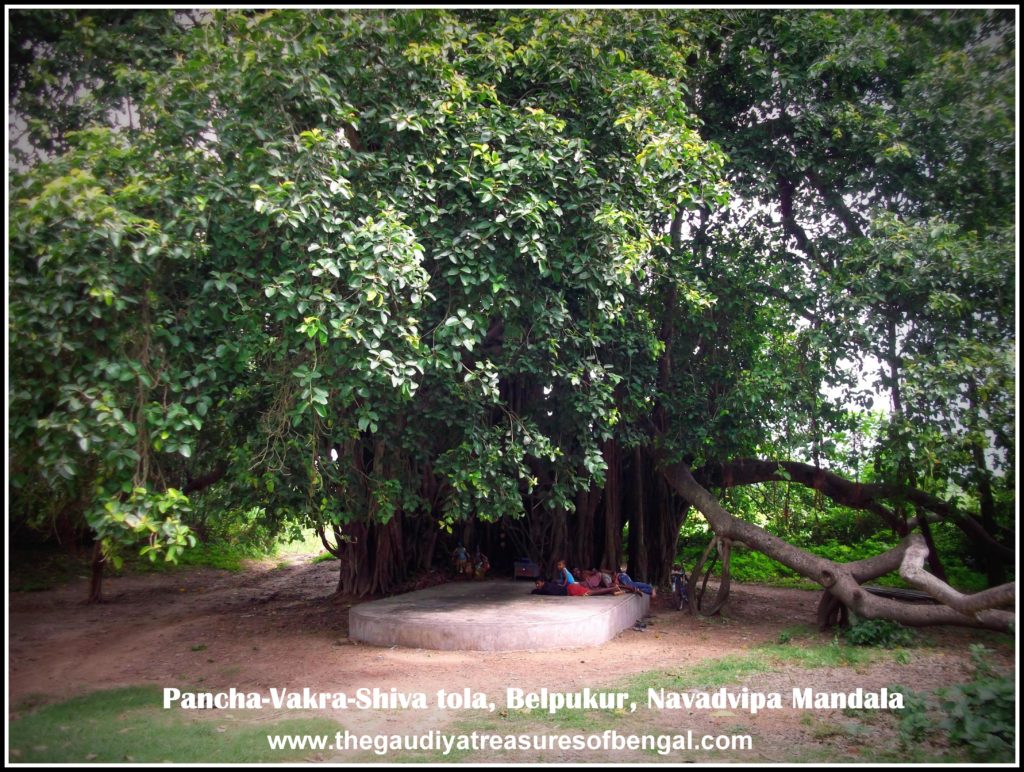 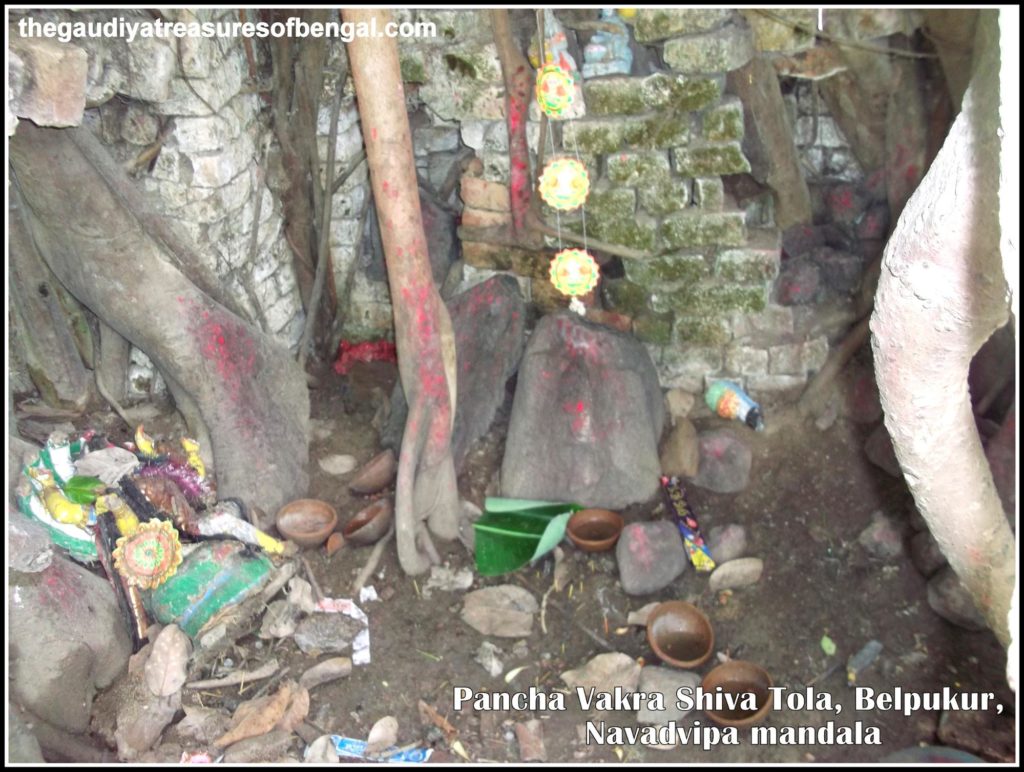