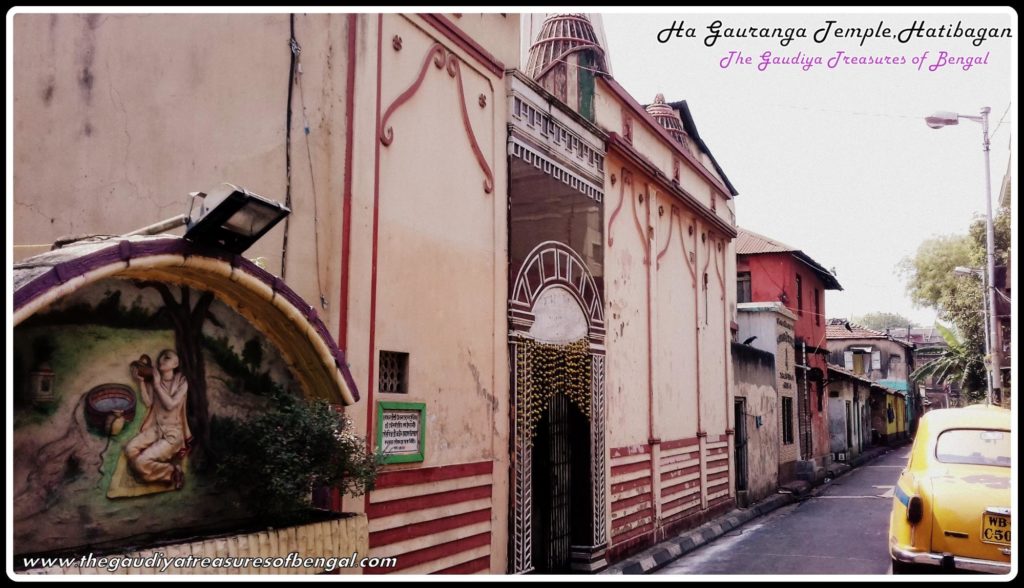 Amidst the hustling busy streets of North kolkata, quietly resides an exalted spiritual destination. Referred today as the ‘Ha Gauranga Matha’, is the sacred place where Sri Caitanya Mahaprabhu  halted on His way to Jagannatha Puri, in order to quench His thirst by drinking some water. There is an inscription on the temple walls, which describes that after leaving Baranagar, Lord Caitanya reached here travelling through the bank of mother ganges. Here He stopped for a while to drink some water and thereby sanctified this place with the dust of His lotus feet. After He had finished, He continued on His journey and halted next at the ashrama of Sri Ananta Acharya, who then used to reside at Atisara (present day Baruipura). ‘The Gaudiya Treasures of Bengal’ has covered Lord Caitanya’s visit to Baruipura in a separate article entitled  – ‘Sri Ananta Acharya’s Sripat, Baruipura’. 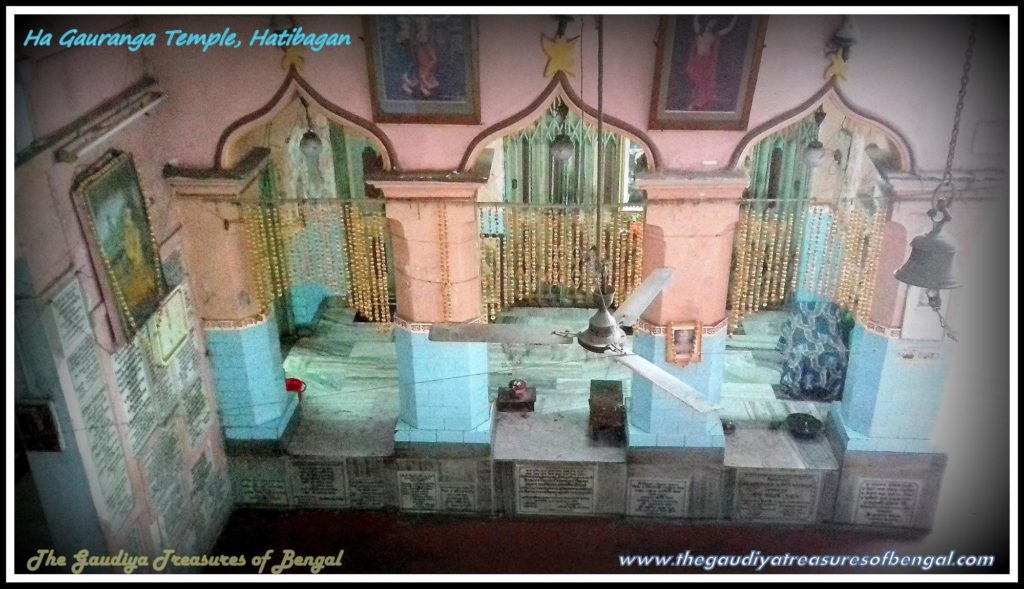 Who can describe the good fortune of the people residing in this area ? The boon that eludes even demigods like Brahma and Shiva is easily obtained by those who visit and smear themselves with the divine dust of the Lord’s pastime places. The team from ‘The Gaudiya Treasures of Bengal’ is exceedingly fortunate to have been able to visit this sacred place and smear its dust all over our sinful bodies.

He, who realizes that the places where Sri Caitanya Mahaprabhu performed His eternal pastimes are non different from Vrindavana, is eligible to enter the spiritual abode of Sri Vrindavana Dham.

When we reached here, we found this place to be a bit deserted. We learnt, that there are only two or three devotees, who reside here.The temple is quite big though and has a few rooms and a kitchen as well.  ‘The Gaudiya Treasures of Bengal’ learnt from the local devotees that initially there was just a small temple at the site to commemorate the water drinking pastimes of Lord Caitanya. Gradually, with the help of donations and support, this temple has grown into its present shape.There is a devotee named ‘Sukhen Das’ who has been staying and serving this dham since the last 25 years.The temple houses beautiful Gaura-Nitai ,Jagannatha and Sri Sri Radha-Krishna deities, who are served here diligently with devotion. The Gaura-Nitai and Jagannatha deities are carved out of Neem wood whereas the Radha Krishna deities are sculpted from stone.When we visited this temple, it was under construction however. Hence we are posting pictures of the deities, who are presently being served in a makeshift altar. 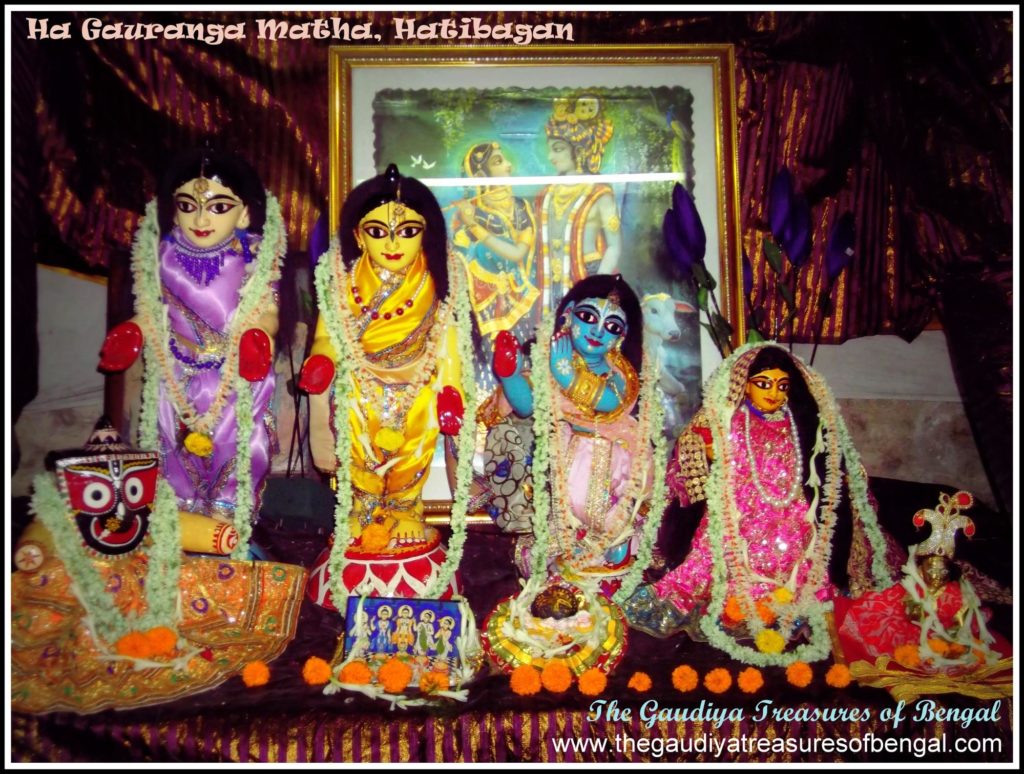 The temple came across as exceedingly simple and the devotees here were very cordial and friendly. The enchanting beauty of the lordships mesmerized us and stole away our hearts. We cannot believe our good fortune that we could behold their captivating form in front of our eyes and pray to their lordships that they bestow their causeless mercy upon us. Lord Caitanya didn’t just stop here to quench His thirst; instead by His magnanimous act of drinking the sweet water,He relieved the fire of the three-fold material miseries that torment the living entities.

We worship the lotus feet of our spiritual master ,whose causeless mercy has empowered us ineligible fools ,to gain entrance and take up service in this exalted abode of Hatibagan.We seek shelter of this holy land, and pray that its glories remain forever imprinted in our heart.We seek blessings and compassion of the lordships, in successfully rendering this humble service of reciting the pastimes and revealing the pastime places of the Lord and His beloved associates.We shall consider ourselves greatly fortunate and our existence meaningful if Lord Gaurahari and our dear spiritual master are kindly pleased with our endeavours. 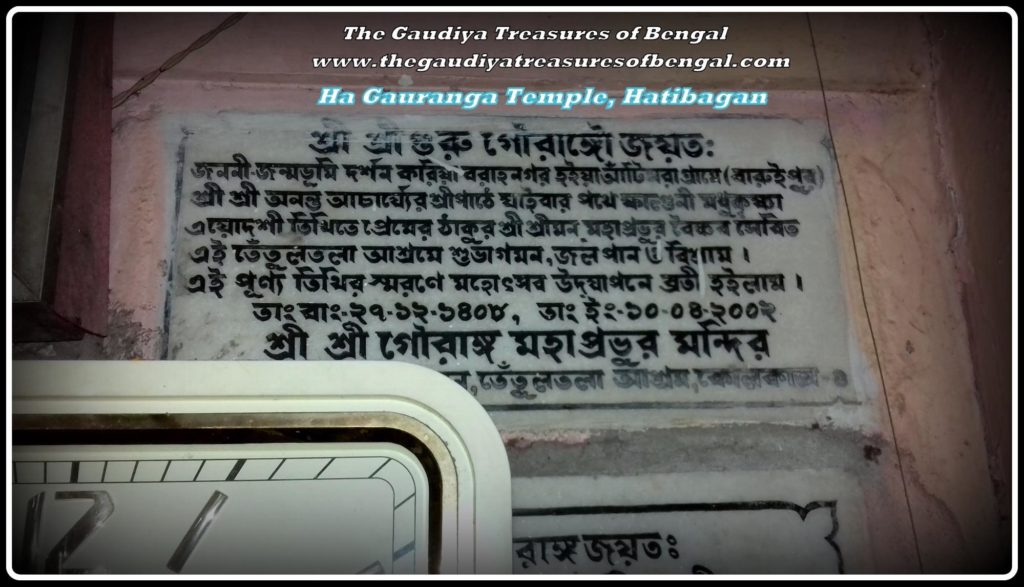 You can avail the metro railway and get down at the stoppage named ‘Girish Park’. From Girish Park, you can avail an auto rickshaw to reach the ‘Maniktala’ crossing.Reaching Maniktala,you need to take a bus travelling towards the ‘Shyambazar’ five-point crossing. You need to get down from the bus a few minutes after it crosses the stoppage ‘Khanna’. You shall find a street on your left named ‘Mohun Bagan lane’ and the ‘Ha Gauranga Matha’ is situated at the very beginning of this street. Alternatively, you can get down at the metro railway stoppage ‘Shyambazar’ and board a rickshaw from there to directly reach ‘Mohun Bagan lane’.

The street has been named after the legendary football club of Kolkata , Mohun Bagan A.C., which is also the oldest existing football club of India (established in the year 1889).The great Mohun Bagan A.C. shall always be remembered for its victory against the East Yorkshire regiment, in the 1911 IFA shield final, which made it the first Indian club to win this prestigious title. This was a very significant victory that an enslaved India had then registered against the imperialist British, who were her rulers. Those brave players who had played for Mohun Bagan in that historic match in 1911, are renowned till this day as ‘Amara Ekadash’ (Immortal eleven).The statues of these brave players have been built and kept on this particular street ,for the general populace to be aware of this historical achievement.

Accommodation – One can choose to stay at any of the hotels (there are many) in Kolkata. One can also opt to stay in the guest house of Iskcon Kolkata (3c Albert Road, Near Minto Park). Ha Gauranga Matha, located at the heart of the city, is not too far from anywhere in central Kolkata. This is a very small temple and not many devotees serve here.Hence pilgrims are requested to make prior arrangements of their own prasadam. 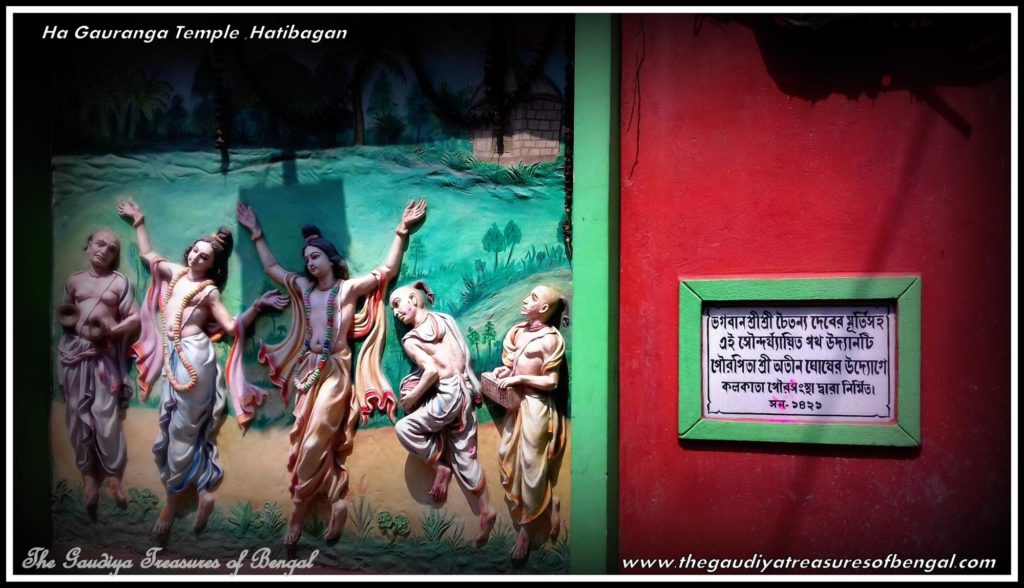 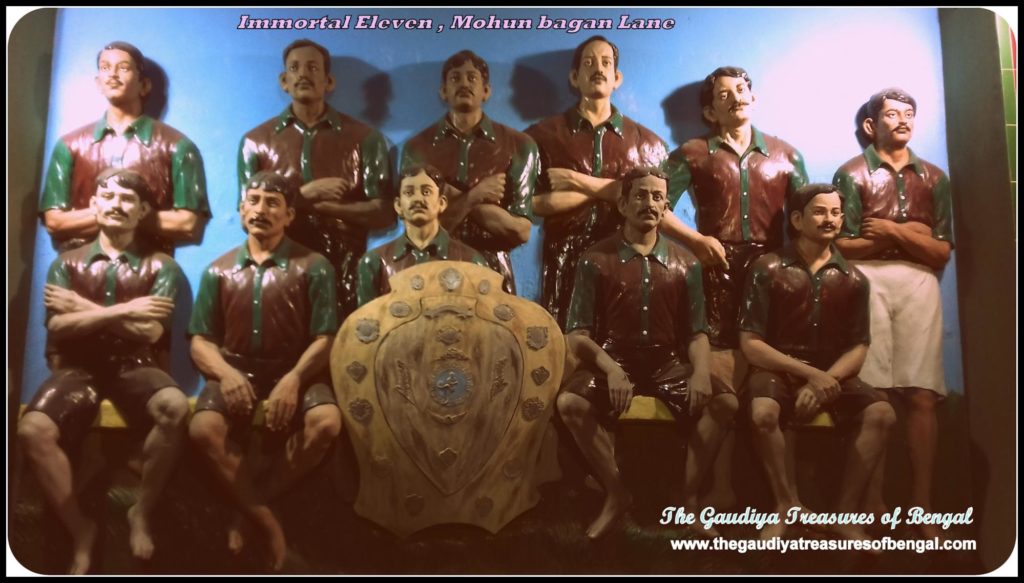