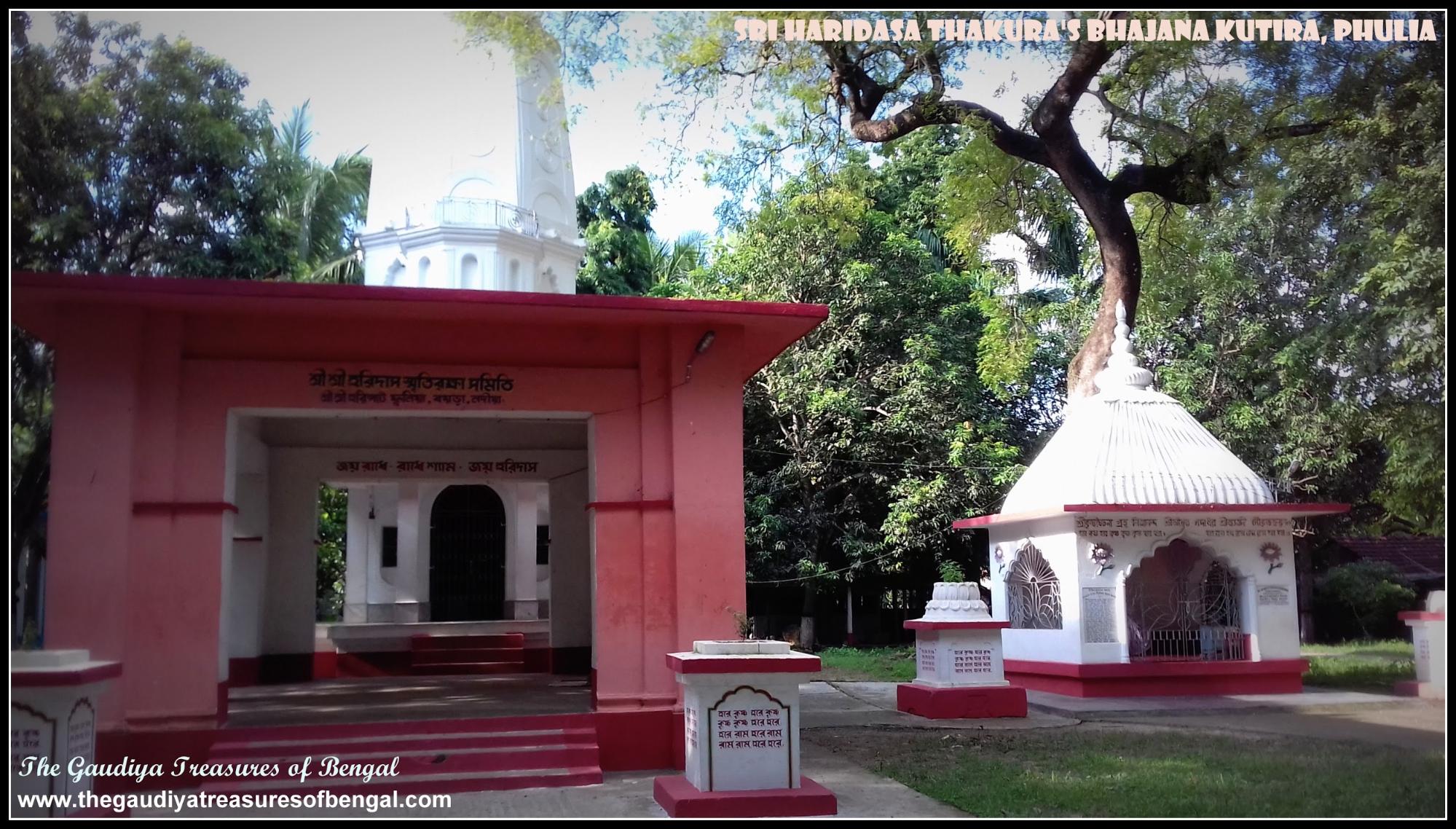 Lord Brahma, Prahlada Maharaja and Richika Muni’s son Mahatapa had combinedly incarnated as Thakura Haridasa. Srila Haridasa Thakura is the namacharya of our sampradaya and is an eternal associate of Lord Gauranga.Srila Haridasa had accompanied the Lord in most of His magnanimous pastimes. He was an empowered incarnation of the Supreme Lord who had appeared just to set an example for all of us to follow. He had delivered innumerable suffering souls by bestowing upon them the nectar of the holy name. Though being born in a family of Muslims, Haridasa Thakura widely propagated that the chanting of Krishna’s holy names to be the Supreme spiritual practice, and preached how the Lord and His holy names are actually non-different.Thakura Haridasa teaches us, that the holy names of Krishna are actually non-sectarian and that God is one though we might call upon Him by different names. The relationship between the Lord (supersoul) and the jiva(soul) is eternal and chanting of the ‘Hare Krishna Mahamantra’ is the most effective means to evoke and revive this eternal relationship, especially in this age of Kali.The Thakura used to chant Krishna’s holy names, 300000 times a day, a practice he continued till the very end of his manifested pastimes.

END_OF_DOCUMENT_TOKEN_TO_BE_REPLACED 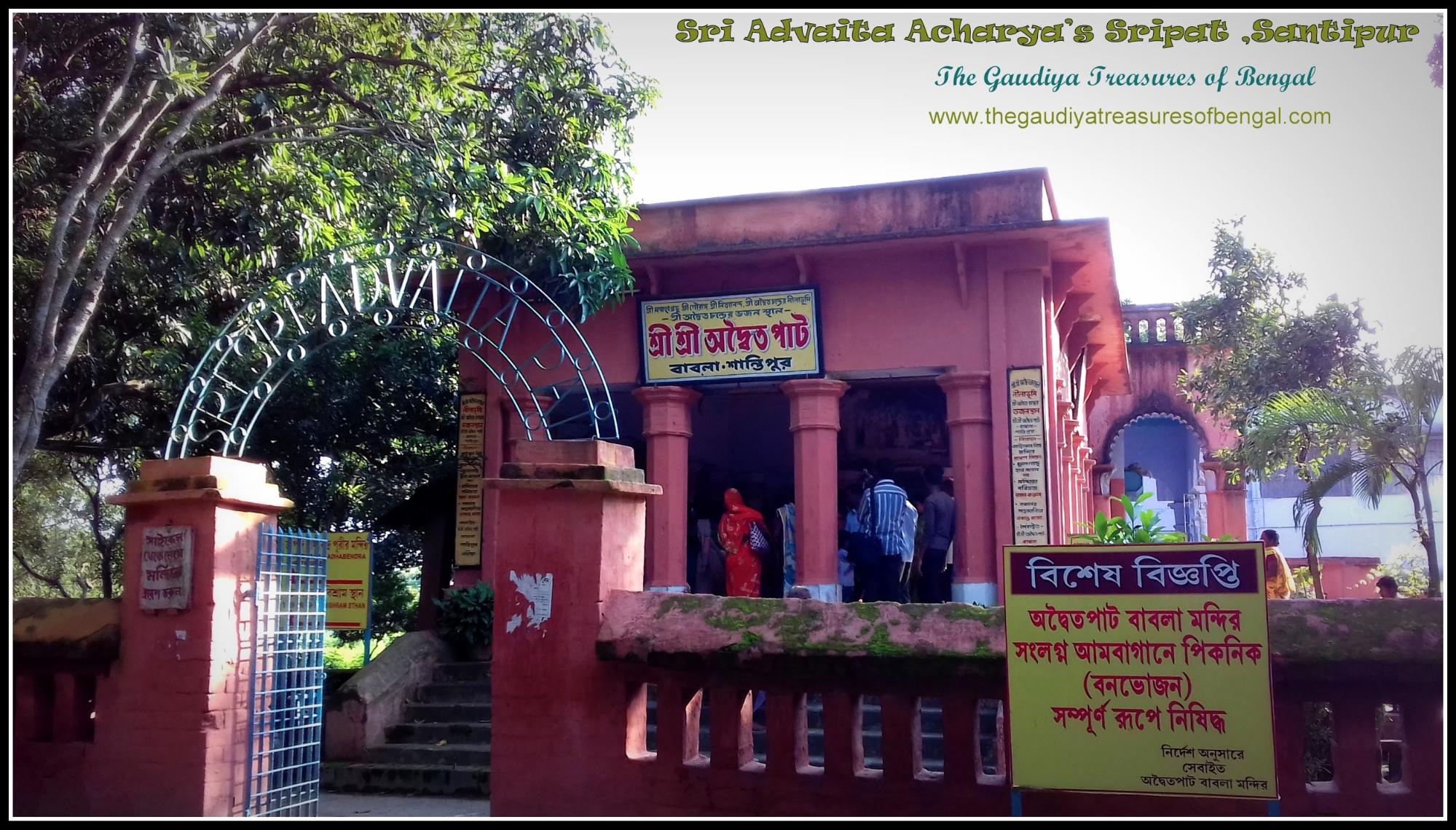 In his prayers unto the Spiritual masters, Sri Krishnadasa Kaviraja Goswami has mentioned that Sri Advaita Acharya is the Lord’s partial incarnation (advaita acharya prabhura amsa-avatara.. – Caitanya Caritamrta, Adi 1.39). In Sri Gaura Gannodesha dipika, Kavi Karnapur has further clarified that Sada shiva, who had previously appeared as an avesa incarnation (one empowered by the Lord) ,has now descended as Sri Advaita Acharya. Sri Advaita was thus the combined incarnation of the potencies of Sada shiva and Lord Mahavishnu. Kavi Karnapura further writes that Kuvera pandita, the father of Advaita Acharya was an incarnation of the demigod Kuvera, the friend of Lord Shiva. The Supreme Lord’s Yogamaya potency appeared in Lord Caitanya’s pastimes as Sita Thakurani, the wife of Advaita Acharya.His second wife, Sri devi, was also an expansion of Yogamaya devi.Sri Acyutananda, the elder son of Advaita Gosai, was the combined form of the potencies of Kartikkeya and Achyuta Gopi. Sri Advaita Acharya was one of the primary trunks of Lord Caitanya’s desire tree of devotional service, from whom originated innumerable smaller branches and sub-branches of devotees. ‘The Gaudiya Treasures of Bengal’ considers itself exceedingly fortunate to have been able to visit and pray at Sri Advaita Acharya’s sripat at Santipur, wherein such great personalities have exhibited their exalted heart melting pastimes.