The Glories of Bishnupur (the temple town of Bengal) – Part 3 : The Ancient sites 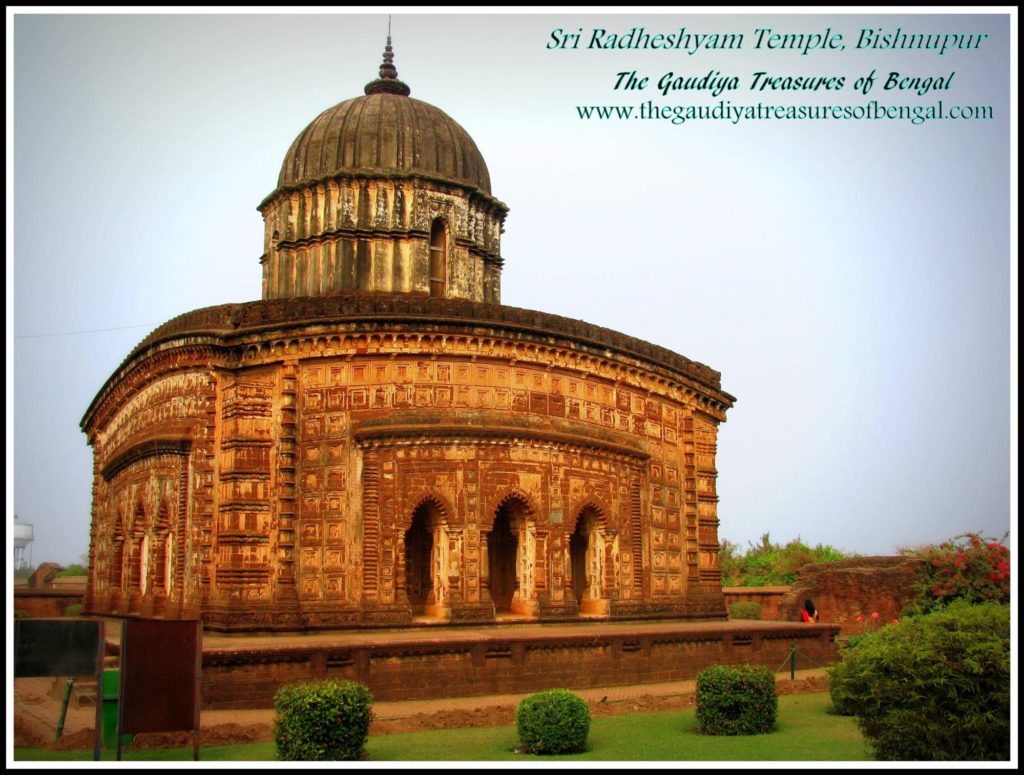 After going through the previous articles in this series (Part 1 and Part 2) , we hope all of us by now have a fair idea about the rich heritage that punctuates Bishnupur’s glorious past.Bishnupur,a kingdom which Sri Madana Mohana proclaims as His own and whose pious kings ruled only to serve the orders of Sri Guru and Gauranga, oozes with sacred tradition. ‘The Gaudiya Treasures of Bengal’ shall try to present below, within our limited capacity, a brief sketch of the various magnificent temples and the beautiful traditions that adorn Bishnupur’s vibrant landscape.These three articles (Part 1,2 & 3) are our humble offerings to this beautiful holy city and we pray that she forever accepts us as one of her own.

END_OF_DOCUMENT_TOKEN_TO_BE_REPLACED

The Glories of Bishnupur (the temple town of Bengal) – Part 2 :The Amazing Pastimes of Sri MadanaMohana 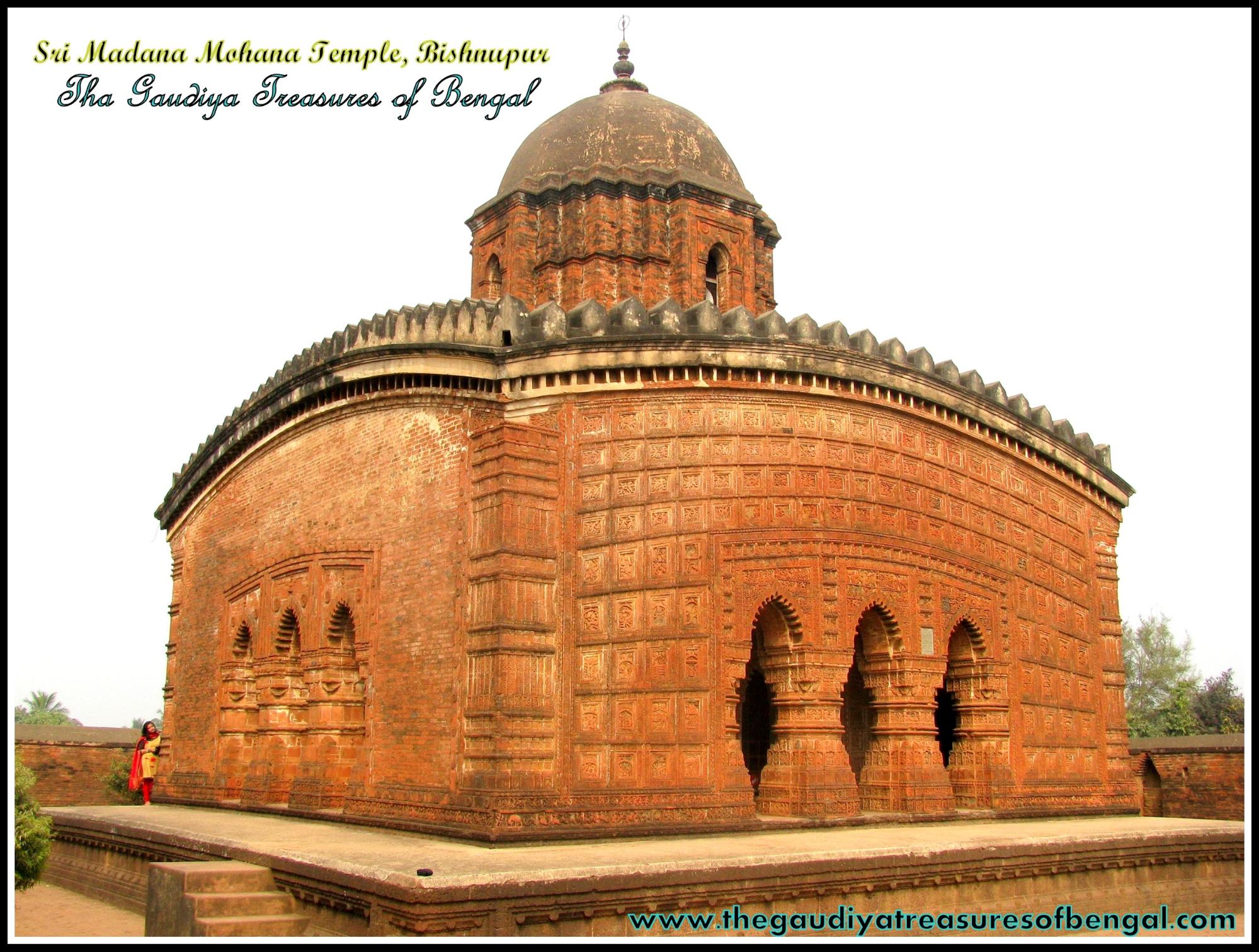 Sri Madana Mohana is the guardian of Bishnupur .He is the protector, the worshipable deity unto whom the people of Bishnupur surrender, reveal their heart and for whom they reserve their most intimate feelings and reciprocations. Even today, whenever there is any dispute, the people  of Bishnupur, refer the matter to Sri Madanamohana jiu and have firm faith that the Lord would step in and justice would be served.

It is said that there was once a chaste queen whose husband had been slain in the battle.She was pregnant for about nine months.At that time,her friends and relatives were going to a pilgrimage to Sri Jagannatha Puri and she desired to accompany them. So leaving behind all hesitations, she set off along with them.On her way, in the middle of a jungle,she gave birth to a beautiful baby boy. Seeing no other option, as things was getting delayed, the queen left behind her newborn in the jungle and continued with her journey.At that time Sri MadanaMohana protected this lonely child, and arranged for honey drops to trickle into his mouth, from the adjoining trees. 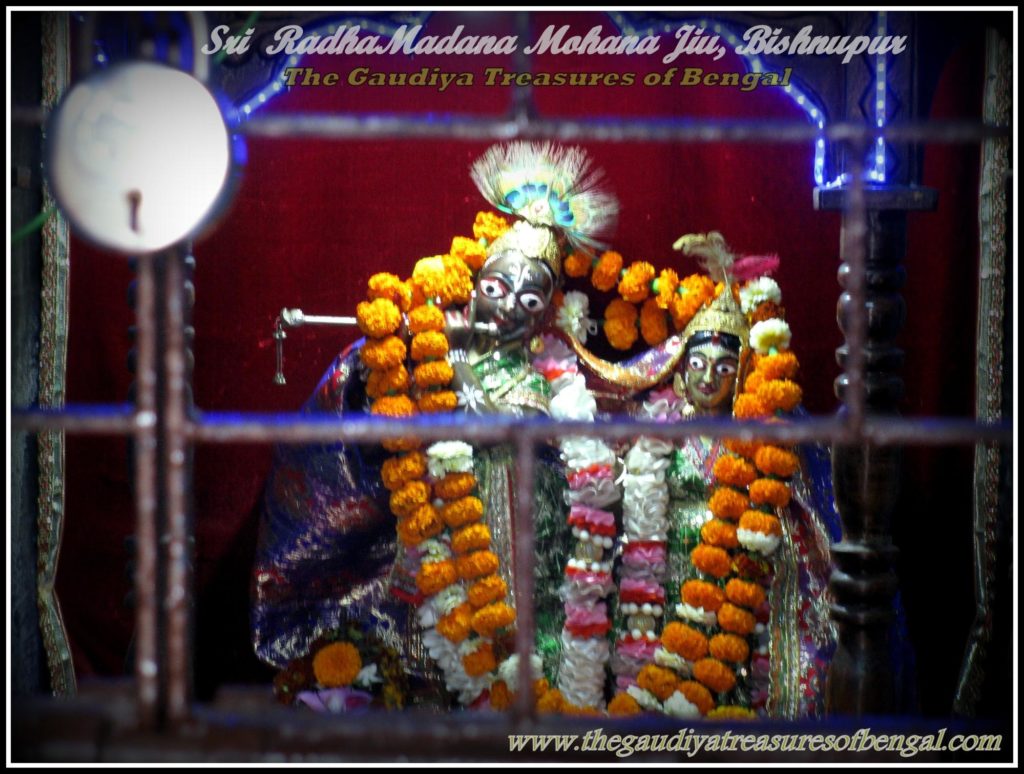 The next morning,a Bagdi (tribal) girl ,while she was collecting the woods, saw this little baby lying hidden within the bushes. She felt compassionate, and immediately raised the boy in her arms, and took him to the house of a brahmana. She disclosed to the brahmana how she had found the baby in the woods and requested him to take care of this boy.In course of time, this little boy grew up and started living happily with the brahmanas. Once this boy went inside the jungle to tend his cows but did not return. The Brahmana father ,growing anxious, then entered the jungle searching for the boy. But to his surprise ,he saw the boy sleeping peacefully under a tree being protected by two snakes who were raising their hoods to block the sunlight from falling upon his face. The snakes fled upon seeing the brahmana approach. The brahmana then realized that this boy was not an ordinary personality.

END_OF_DOCUMENT_TOKEN_TO_BE_REPLACED

The Glories of Bishnupur (the temple town of Bengal) – Part 1 :Srinivasa Acharya and Bir Hambir 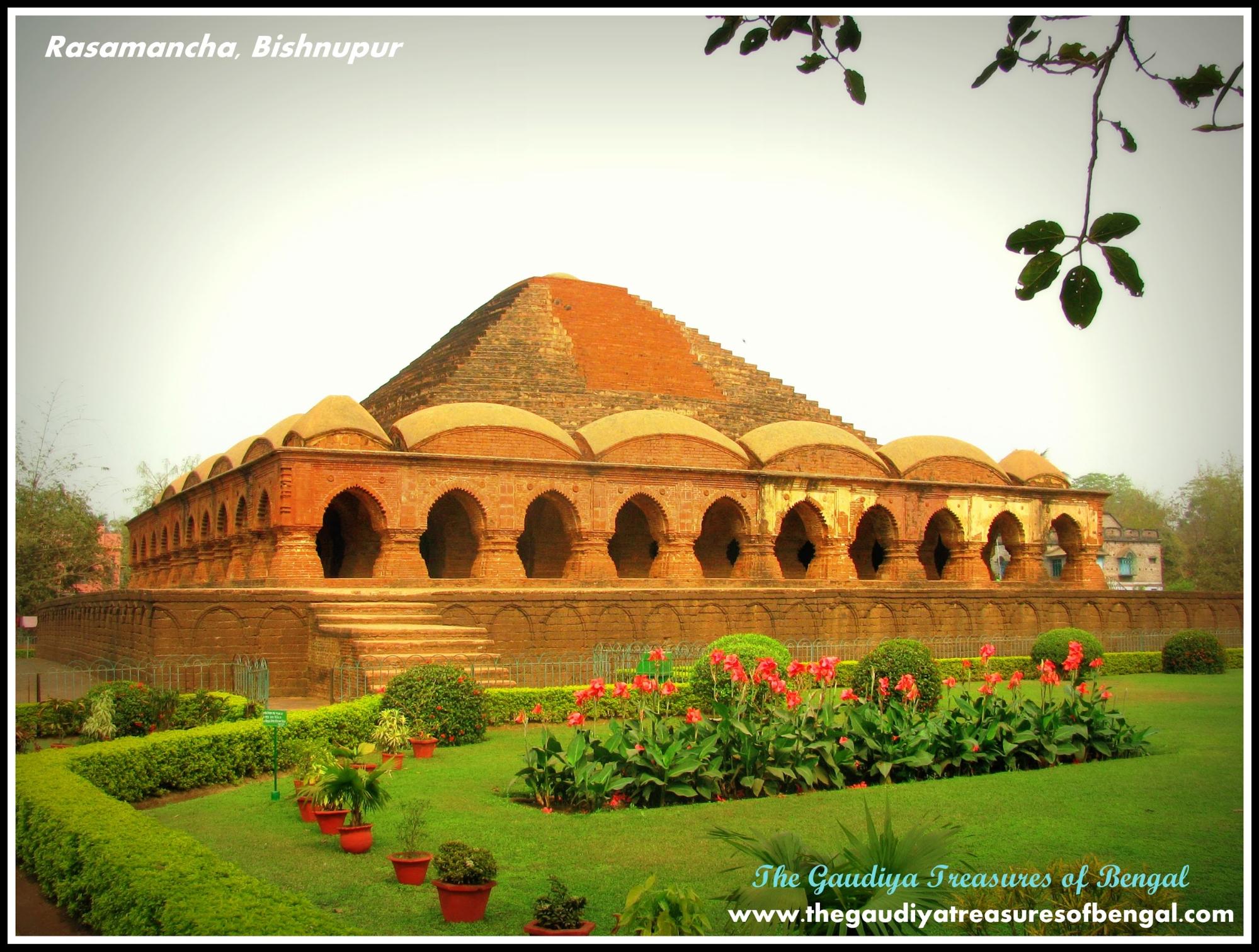 Before we begin this article, ‘The Gaudiya Treasures of Bengal’ would like to apprise the reader that Bishnupur or Bana Bishnupur (as it is sometimes referred) is arguably the very best pilgrimage, where one could still get a first hand experience of the great opulence and grandeur that once punctuated the Gaudiya tradition of erstwhile Bengal. The whole town of Bishnupur, which was once the capital of the Malla kingdom, is adorned with magnificent temples, showcasing exquisite architecture, built with bricks and laterite stones, that still stand tall to tell a tale of a glorious heritage, that we people of Bengal should be exceedingly proud of. Bishnupur, the land of red soil, boasts of a rich culture that is second to none and is inhabited with such gentle dignified and well behaved people, who can indeed be compared to demigods. In a nutshell, Bishnupur has left a taste in us which we shall never forget in our life.

The earliest records of the Malla Kingdom of Bengal dates back to 694 AD, when king Adi Malla ascended the throne. The land ruled by these Malla Kings was known as ‘Mallabhum’ and was mainly centered around the district of bankura,but also included parts of Burdwan,Medinipur,Murshidabad stretching as far as ChotaNagpur in Bihar. The capital of Mallabhum came to be later known as Bishnupur, named after Lord Vishnu, the supreme personality of Godhead and since Bir Hambir, the 49th Malla king ,took reins of the kingdom (around the year 1565 AD), Vaishnavism became the predominant cult in these lands.