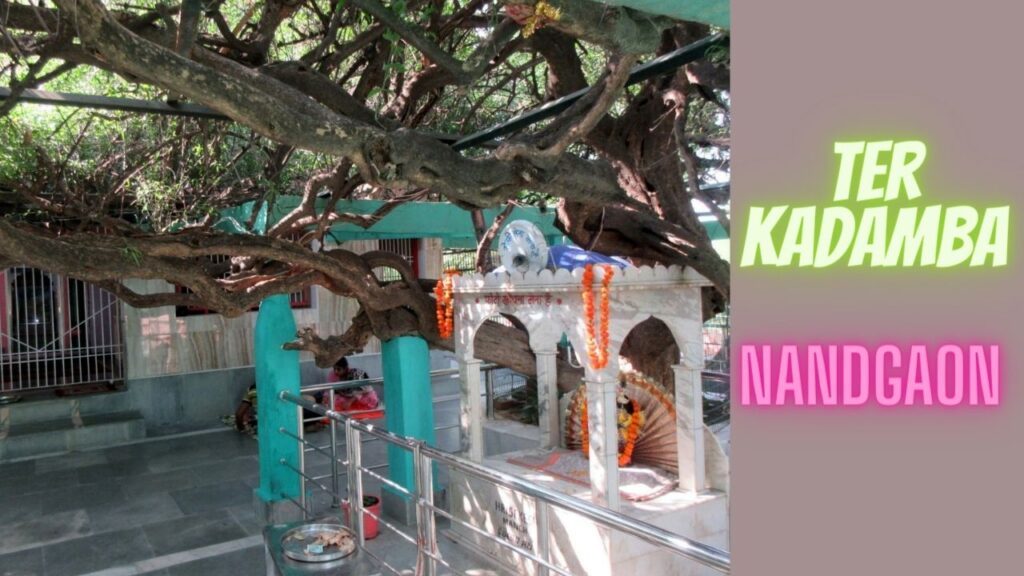 Ter Kadamba, situated midway between Yavat and Nandgaon, is one of the most notable sites of Vraja Mandala. Here, a small temple has been constructed in the midst of a group of Kadamba trees (burflower trees). This is also a place of Krishna’s rasa Leela and hence a platform has been constructed to commemorate this pastime. It is believed that Krishna used to bring His cows to graze at this place. Later when it was time to return home, He used to climb up on the Kadamba tree and play on His flute. Hearing Him play, the cows would immediately return. Krishna would then count each cow on His jeweled necklace before departing for Nandgaon. Sometimes, under the gentle light of a full moon, Krishna would climb this tree and play upon His flute to call upon His sakhis. Radha and the other gopis would then leave their homes to respond to the call of their beloved. The surrendered Gopis would then engage in Rasa dance with Krishna. Since Krishna climbed upon the Kadamba tree and played His flute to call (ter) the cows and gopis, this place is known as Ter-Kadamba.

END_OF_DOCUMENT_TOKEN_TO_BE_REPLACED 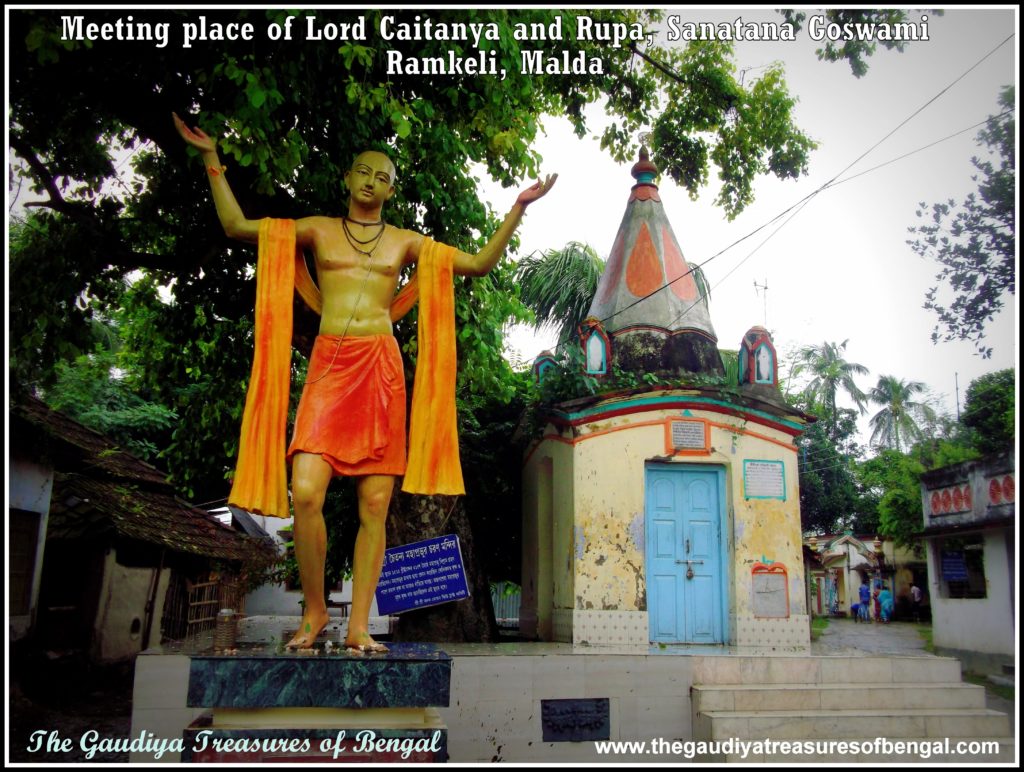 Gaura amara, je-saba sthane,
koralo bhramana range
Se saba sthana, heribo ami,
Pranayi-bhakata-sange
–
May I visit and constantly contemplate upon all those places where Lord Caitanya performed His sweet pastimes along with His intimate associates.

END_OF_DOCUMENT_TOKEN_TO_BE_REPLACED 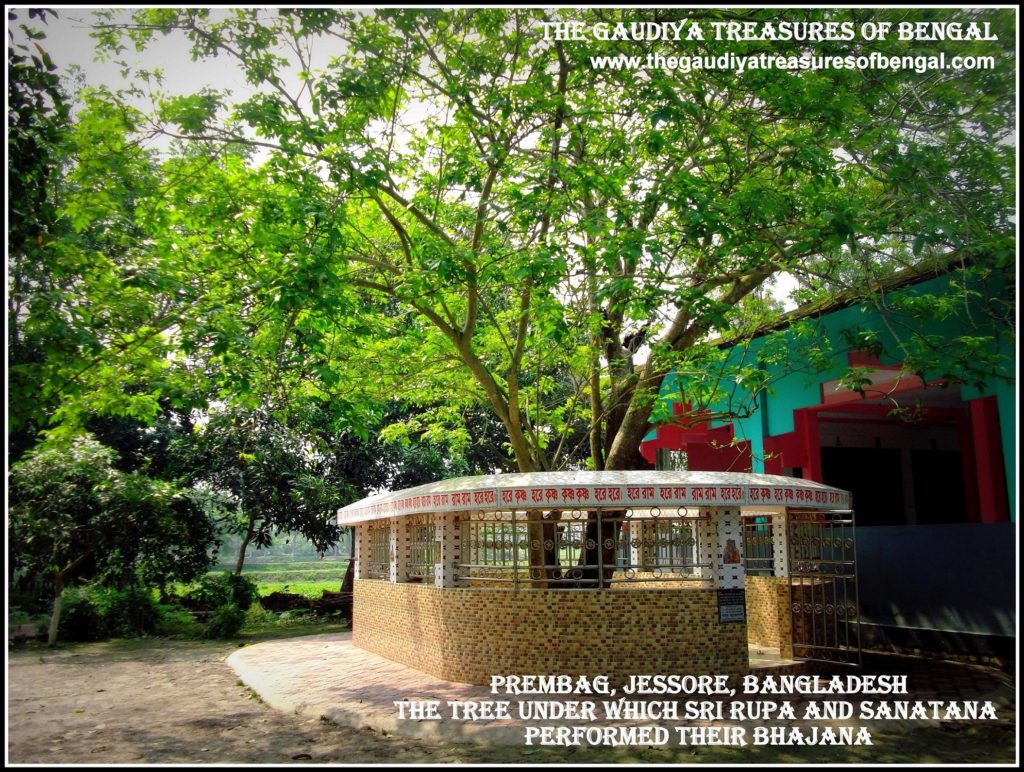 ‘The Gaudiya Treasures of Bengal’ recently visited the exalted spiritual site of Prembag, where Sri Rupa Goswami and Sanatana Goswami used to once perform their bhajana. The sacred tree under which the two brothers rested and meditated continues to exist even today. This holy place is situated within the district of Jessore, in Bangladesh. Jessore is an exceedingly old place ,vibrant with rich cultural history.It once belonged to the ancient kingdom of King Janapada. In the 15th century, Jessore was part of the kingdom of King Pratapaditya.

Sri Kavi Karnapura reveals in Gaura Ganoddesha Dipika that Sri Rupa Goswami was none other than the incarnation of Sri Rupa Manjari, one of the chief assistants of Lalita Sakhi (one of the eight principal Gopis of Vrindavana). Sri Sanatana Goswami was the combined incarnation of Rati Manjari,Lavanga Manjari and Sanatana Kumara.Sri Jiva Goswami has explained the genealogical history of Sri Rupa Goswami’s family. They were the descendants of Sarvagya Jagadguru, a great scholar of the Vedas.He was an expert in Yajurveda. Sri Sarvagya was a brahmin and also one of the kings of Karnataka in the 12th-century sakabda era. In his lineage appeared a great devotee named Kumar Deva who had settled in Jessore (Bangladesh). He got married to a very chaste lady named Revati devi. In course of time Kumar deva and Revati Devi gave birth to many sons. Most illustrious among them were Amara (came to be later known as Sanatana Goswami) ,Santosh(came to be later known as Rupa Goswami) and Vallabha (came to be later known as Anupama). It is believed that Sri Sanatana was born around 1488 AD while his younger brother Rupa, appeared in this world around 1493 AD. Sri Jiva Goswami was the son of Anupama.