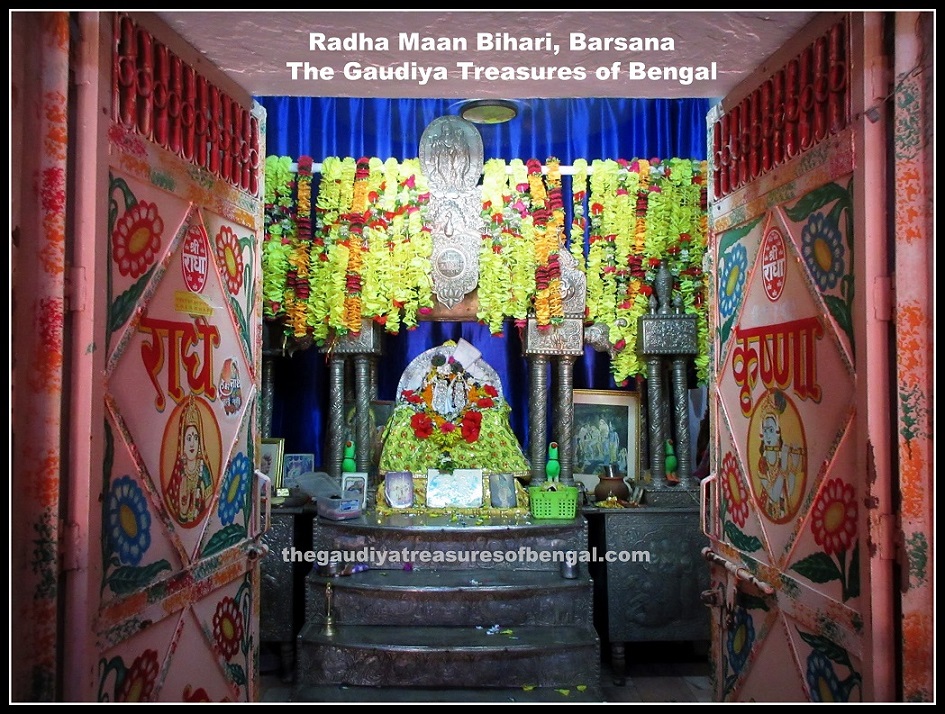 Maan Mandir is a captivating temple situated atop Maan Garh, one of the peaks of the Brahmagiri hills, in Barsana. Here Krishna is lovingly worshiped as Sri Radha Maan Bihari jiu. Padma Purana states that Lord Brahma had previously performed severe austerities with the desire to witness the pastimes of Radha and Krishna and obtain the dust of their lotus feet upon his head. Being pleased with Brahma, Krishna granted him the boon to manifest himself as mountains here at Barsana. As a result, this mountain is also known as Brahmagiri. Brahmagiri has four different peaks representing the four heads of Lord Brahma. There is a second hill situated right next to Brahmagiri known as Vilasa Parvata or Vishnu Parvata which is considered to be a manifestation of Lord Vishnu. The four peaks of these hills are – Bhangarh, Maangarh, Danagarh, and Vilasgarh. 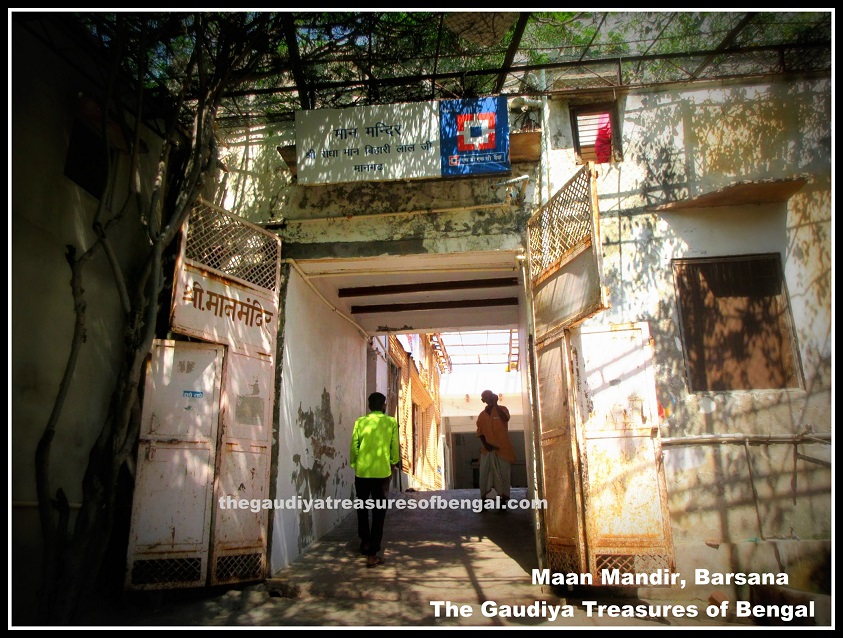 Maan Garh is where Srimati Radharani manifested her ‘Maan’ or lover’s pique and was subsequently appeased by Krishna, with the help of Radhika’s friends. These pastimes should never be mistaken for ordinary lovers’ quarrels. One who attends these pastimes with faith achieves love for Radha and Krishna.

Once, Krishna had conveyed through Subala and Vrinda that He wanted to meet with Radha. Accordingly, Radha was waiting for Krishna at the decided time. However, Krishna met with Padma, a friend of Chandravalli, while He was en route to meet Radha. Padma conveyed to Krishna how Chandravalli was suffering in His absence and was yearning to meet with Him. Padma repeatedly requested Krishna to meet with Chandravalli. Sri Krishna could not turn down her request and chose to see Chandravalli for a short period of time. However, Krishna became so absorbed in His pastimes with Chandravalli, that He could not see Radha at the agreed time. Meanwhile, Radha already came to learn from her trained female parrots (saris), about Krishna and His pastimes with Chandravalli, Radha’s fiercest rival. Understanding the reason for His delay, Radha became sulky and began exhibiting a lover’s pique. On arriving, Krishna tried comforting her, but she was not to be pacified. Krishna begged for her forgiveness, but Radha would have none of it. 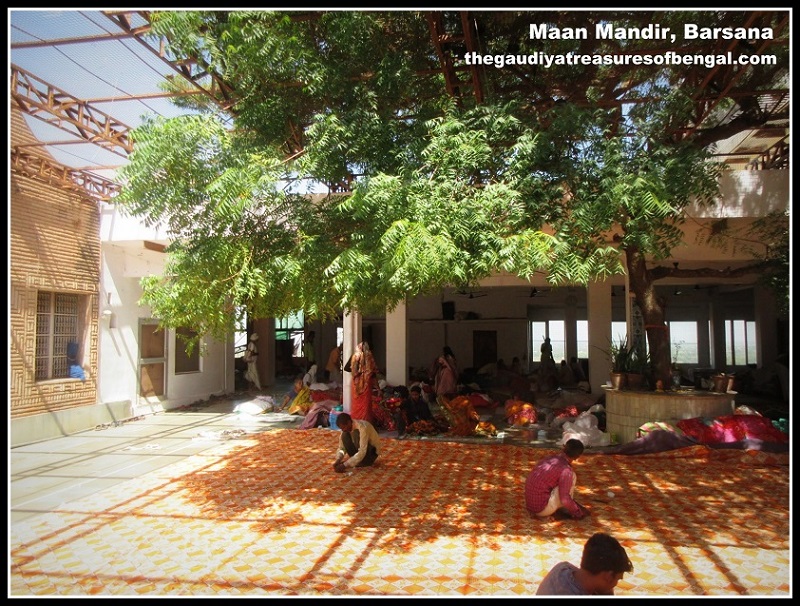 Finally, Krishna sought help from Vishaka, Radha’s friend, who advised Him to disguise Himself as a ‘Sakhi’ (female friend). Krishna agreed. Krishna accompanied Vishaka, who introduced a disguised Krishna as Shyama Sakhi. Vishaka also glorified Shyama as an expert in playing vina. Radha honored the new Sakhi and requested her to play vina. Upon hearing Her exceptional singing, Radhika became filled with charm and embraced Shyama Sakhi. As soon as she touched Shyama, she realized that Shyama Sakhi was none other than her beloved Shyamsundara. Eventually, her ‘Maan’ (pique) was broken. Once again, she became enthralled in loving pastimes with Krishna. Maan Mandir, Barsana commemorates this beautiful and enchanting pastime of the divine couple that had taken place here at Maan Garh.

deva gandharva ramyaya radha mana bidhayine
mana Mandir sanjnaya namaste ratna bhumaye
(Adi Varaha Purana)
–
Sri Maan Mandir (temple) is an enchanting site even for the celestials like demigods and Gandharvas. This is where Krishna pacified Radha and broke her ‘Maan’ (lover’s pique). I offer my respectful obeisances unto this place which is adorned with precious gems and jewels.

Maan Mandir is situated on top of the peak known as Maan Garh, in Barsana. It is situated to the west of Sankari Khor. Maan Garh is located about 50 kilometers North-west of Mathura Railway station.