What is Jnana Yoga ? | Bhagavad Gita

Home » talks » What is Spirituality » Sanatan Dharma » What is Jnana Yoga ? | Bhagavad Gita 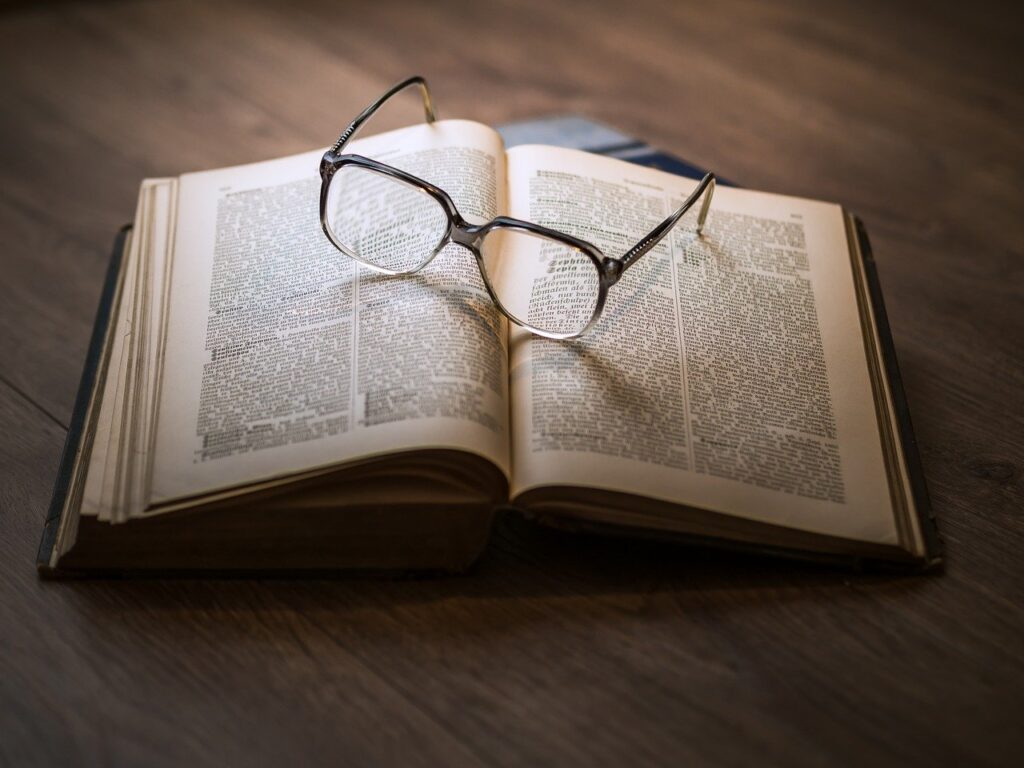 The process of Yoga connects one to his/her spiritual essence. There are several kinds of Yoga, but it has been broadly classified into 3 – Karma Yoga, Jnana Yoga, and Bhakti Yoga. We have discussed Karma Yoga previously. In this article, we shall be discussing Jnana Yoga in detail. Jnana Yoga involves mental speculation, evaluating ideas, through logic and discourse, and aspiring to ultimately comprehend what is what. Jnana Yoga is the realization of the self through philosophical discussions. Jnana Yoga involves discrimination between matter and spirit through mental speculation. Hence Jnana Yoga promotes knowledge through seclusion, study, and sense abnegation. Activities and necessities of life are minimized in Jnana Yoga, as the focus is placed on becoming free from sensual desires that deceive the soul. By rejecting matter, Jnana Yogis aim at attaining liberation (moksha).

Lord Krishna explains in Bhagavad Gita that the perfection of Jnana Yoga is attained when one renounces all of his desires for sense gratification.

tyaktva karma-phalasangam
nitya-trpto nirasrayah
karmany abhipravrtto ‘pi
naiva kincit karoti sah
(Bhagavad Gita 4.20)
–
Forsaking all attachment to the results of his activities, ever satisfied and independant, he performs no fruitive action, although engaged in all kinds of activities.

He gives up on all his longings and persists in the bare necessities of life. With his mind and intelligence perfectly controlled, he gives up the sense of proprietorship over his possessions. Conducting work in such a manner, a Jnana Yogi is not entangled in this material world and neither does he suffer from sinful reactions. 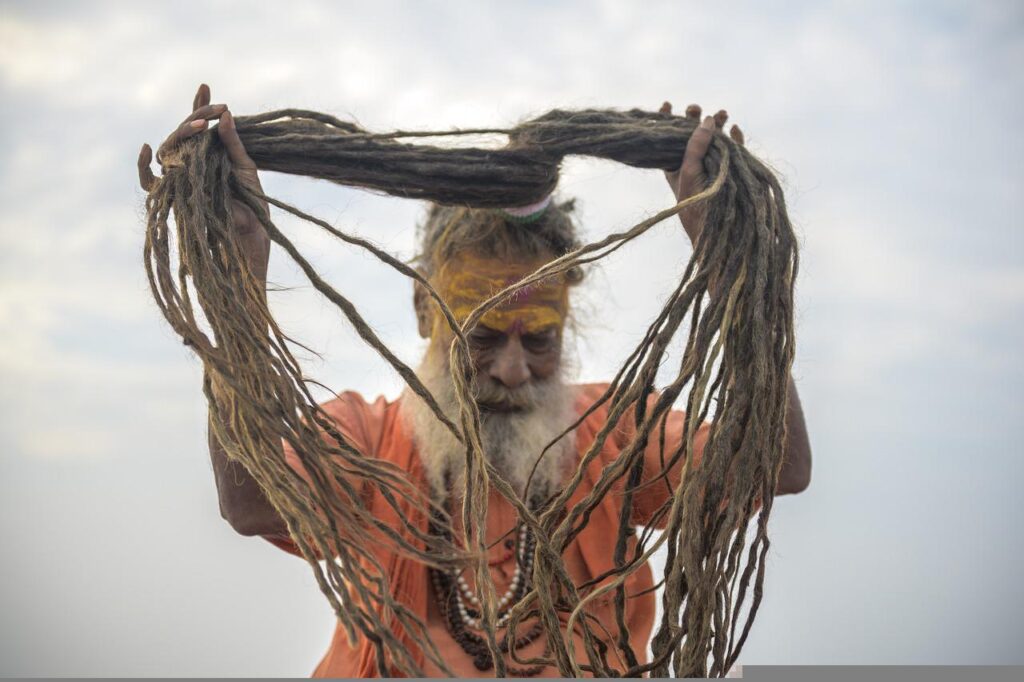 gata-sangasya muktasya
jnanavasthita-cetasah
yajnayacaratah karma
samagram praviliyate
(Bhagavad Gita 4.23)
–
The work of a man who is unattached to the modes of material nature and who is fully situated in transcendental knowledge and wisdom merges entirely into transcendence.

Knowledge of the Supreme, liberates one from this ocean of material existence, by eliminating all reactions to material activities. Lord Krishna confirms this –

One should approach a bonafide spiritual master and inquire submissively regarding the absolute truth. These self-realized souls can help one in this regard as they have experienced the truth themselves. One who obtains knowledge from a self-realized soul never suffers from illusion again as he now realizes that everything is a part of the Supreme Lord. Such a person quickly attains supreme spiritual peace.

na hi jnanena sadrsam
pavitram iha vidyate
tat svayam yoga-samsiddhah
kalenatmani vindati
(Bhagavad Gita 4.38)
–
In this world, there is nothing so sublime and sanctified as transcendental knowledge. Such knowledge is the mature fruit of all mysticism. And one who has achieved this enjoys the self within himself in due course of time.

Krishna confirms in Bhagavad Gita, that one who is situated in transcendental knowledge, surrenders unto Him, after several lifetimes.

bahunam janmanam ante
jnanavan mam prapadyate
vasudevah sarvam iti
sa mahatma su-durlabhah
(Bhagavad Gita 7.19)
–
After many births and deaths, he who is actually in full knowledge surrenders unto Me (Krishna), knowing Me to be the cause of all causes and all that is. Such a great soul is very rare.

Hence, one who is liberated from all material necessities becomes qualified to discharge the process of Bhakti Yoga, where he begins rendering devotional service unto Krishna, the Supreme Lord. The soul, by nature, is a servant and he becomes perfectly situated in his constitutional position only when he renders selfless devotional service unto the Supreme Lord. The greater the intensity of this selfless love, the more perfectly he is situated in his constitutional position.

See also  What is Spirituality? How to attain real happiness? | Video 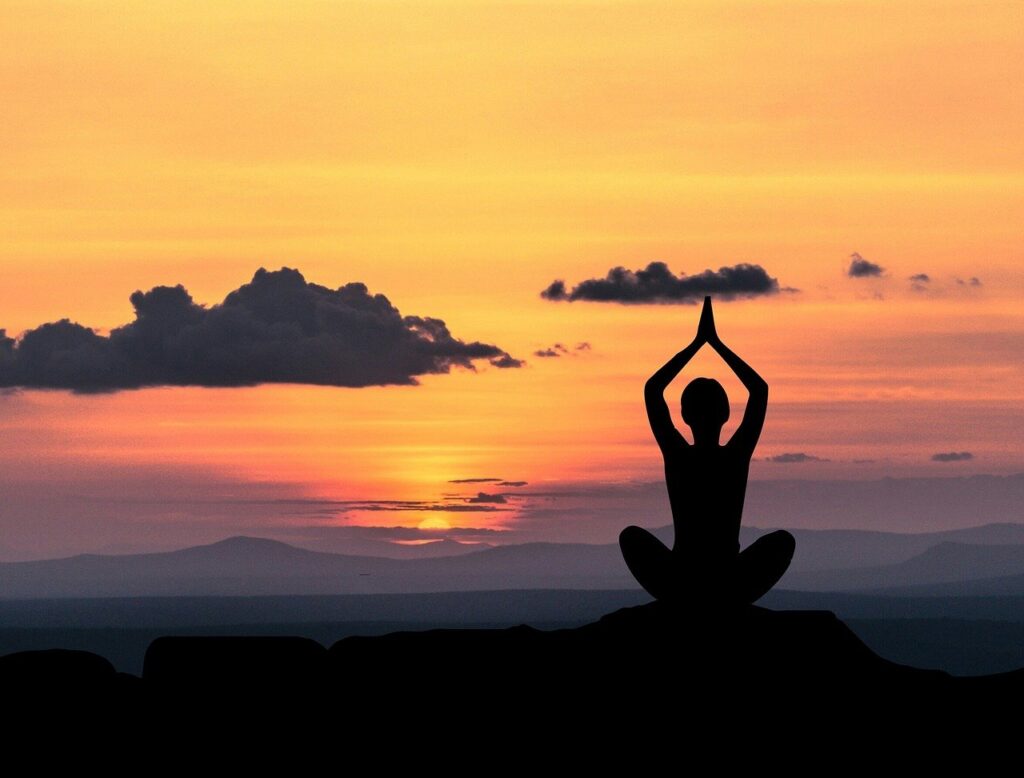 The Karma Kanda philosophy is that in which a person desires to enjoy this world with his senses. He ends up suffering in the process. Karma Yoga helps one eliminate this suffering so that one can live and enjoy this world by following certain rules and regulations. The next stage is where one understands that this material world is full of trouble and hardship and intends to stay away from it, so as not to suffer. These are broadly the Jnana Yoga and Astanga Yoga mindsets. However, the mindset in Karma Kanda, Karma Yoga, or Jnana Yoga, is “I”-centric – whether it be enjoying this world or staying away from trouble. Therefore a person following these processes is entangled in self-obsession.

But Bhakti Yoga introduces selflessness, where one’s sole focus is to serve Krishna. If a Bhakti Yogi, considers he can best serve Krishna, by engaging in the activities of this world, he will do so. If he thinks that by renouncing this world he can serve the Lord better, he will do accordingly.

anyabhilasita-sunyam jnana-karmadyanavrtam
anukulyena krsnanusilanam bhaktir-uttama
Sri Bhakti-rasamrta-sindhu (1.1.11)
–
Perpetual, ardent endeavor meant exclusively for serving Sri Krsna favorably and performed out of genuine love for Him, when neither prone to any selfish, ulterior desires nor eclipsed by impersonal knowledge, fruitive work, or any other occupation, is known as uttama-bhakti (first class devotional service).

Therefore, in bhakti yoga, one’s own interests are always secondary while serving the Lord gains precedence. Therefore, Bhakti Yoga is considered superior to all other Yogic processes.

yoginam api sarvesam
mad-gatenantar-atmana
sraddhavan bhajate yo mam
sa me yuktatamo matah
(Bhagavad Gita 6.47)
–
And of all yogis, he who always abides in Me with great faith, thinks of Me within himself, worshiping Me in transcendental loving service, is the most intimately united with Me in yoga and is the highest of all.

We do not burden any temple or spiritual/religious organization for any of our expenses. Neither are we engaged in the management/administration/governance of any temple or dham. All the expenses are borne entirely by ourselves. Hence we request you to support us generously in this sacred service.
Click on a Tab to explore
Latest BooksBookstore details
International Bookstore
See also  The Twenty-six Qualities of a Vaishnava