Lord Krishna is God (Supreme Lord). The fact that He is the Supreme Personality of Godhead is confirmed throughout the Vedic scriptures. We are going to present some of these pieces of evidence in this article that shall conclusively establish this truth. Before discussing further, let us examine the opulence and qualities that characterize the Supreme Lord. According to the Vishnu Purana :

Yanra bhagavatta haite anyera bhagavatta
Svayam bhagavan sabdera tahatei satta
(Chaitanya Charitamrita, Adi, 2.88)
–
Only He who is the source of all other divinities is eligible to be designated as svayam bhagavan or the primeval Lord.

#1 Krishna is the ultimate goal of Vedic Literatures

Sarvasya caham hrdi sannivisto
Mattah smritir jnanam apohanam ca
Vedais ca sarvair aham eva video
Vedanta krd veda vid eva caham
(Bhagavad Gita 15.15)
–
I am seated in the heart of all living entities. From Me comes remembrance, knowledge, and forgetfulness. By all the Vedas I am to be understood. Indeed, I am the compiler of Vedanta, and I am the knower of the Vedas.

#2 Krishna is the source of all incarnations 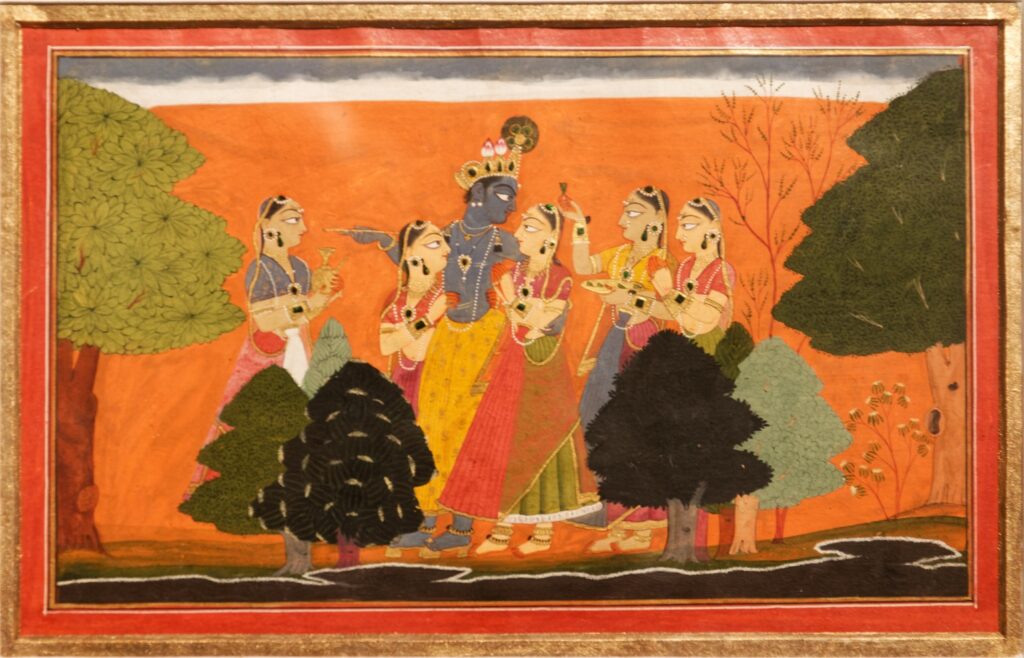 Athapi yat pada nakhavasrstam
Jagad virincopahrtarhanambhah
Sesam punaty anyatamo mukundat
Ko nama loke bhagavat padarthah
(Srimad Bhagavatam 1.18.21)
–
Who could be worthy of the title “Supreme Personality of Godhead” but Sri Krishna? Brahma, the creator of the universe, amassed the water emanating from the nails of Krishna’s lotus feet to give Shiva a worshipful welcome. This very water, the Ganges, is purifying the whole universe including Lord Shiva.

#5 Lord Shiva is blessed to bear upon his head the water of Ganges, that had washed Lord Krishna’s lotus feet

Yac-chauca-nihsrta sarit pravarodakena
Turthena murdhny adhikrtenasivah sivo bhut
Dhyatur manah samala saila nisrsta vajram
Dhyayec ciram bhagavastas caranaravindam
(Srimad Bhagavatam 3.28.22)
–
The blessed Lord Shiva becomes all the more blessed by bearing upon his head the holy waters of the Ganges, which has its source in the water that washed the Lord’s (Vamana deva) lotus feet. The Lord’s lotus feet act like thunderbolts launched to shatter the mountain of sin accumulated in the mind of the meditating devotee. One should therefore meditate on the lotus feet of the Lord for a prolonged period of time. 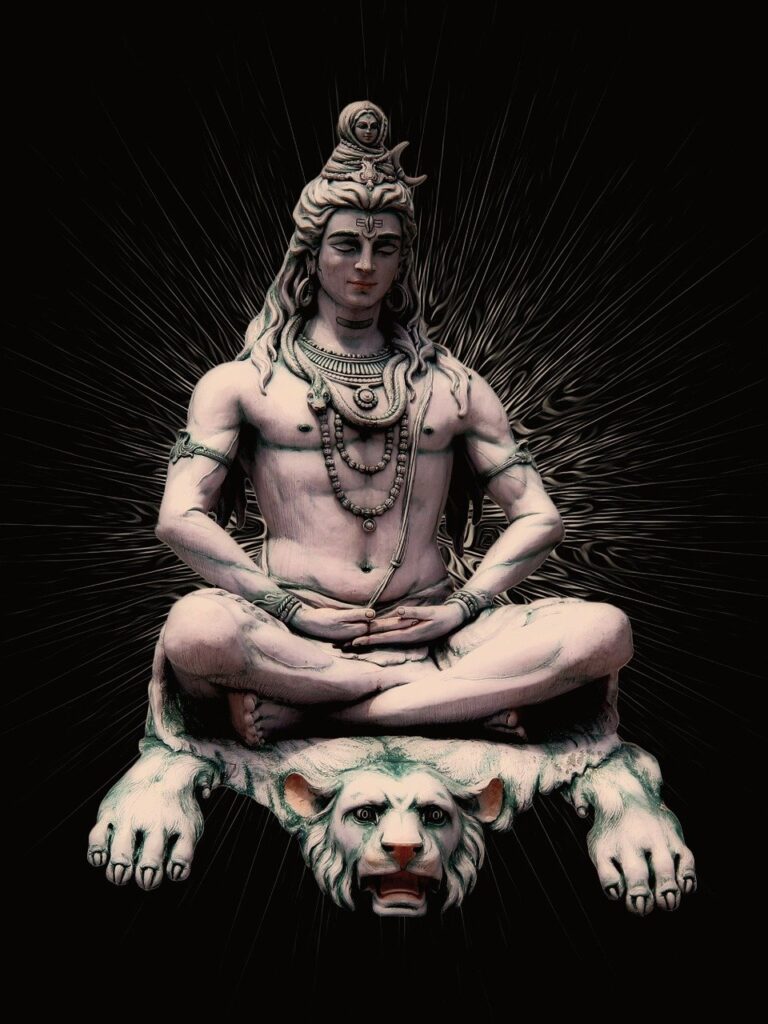 Yasyamsamsamsa bhagena visvotpatti layodayah
Bhavanti kila visvatmams tam tvadyaham gatim gata
(Srimad Bhagavatam 10.85.31)
–
O Krishna, the creation, maintenance, and destruction of the universe are all carried out by a fraction of an expansion of an expansion of Your expansion. I offer my respectful obeisances unto You and surrender myself before You.

Aham sarvasya prabhavo mattah sarvam pravartate
Iti matva bhajan mam budha bhava samanvitah
(Bhagavad Gita, 10.8)
–
I am the source of everything. Everything emanates from Me. The wise who know this perfectly engage in My devotional service and worship Me with all their hearts.

#7 Maha-Vishnu is an expansion of Krishna

Yasyaika nisvasita kalam athavalambya
Jivanti loma vilaja jagad anda nathah
Vishnur mahan sa iha yasya kala video
Govindam adi purusam tam aham bhajami
(Brahma Samhita 5.48)
–
Brahma and the other Lords of the mundane worlds, originating from the pores of the transcendental body of Maha-Vishnu, remain alive for the duration of one exhalation of Maha-Vishnu. I adore the primeval Lord Govinda, of whose subjective personality Mahavishnu is but a portion of a portion. 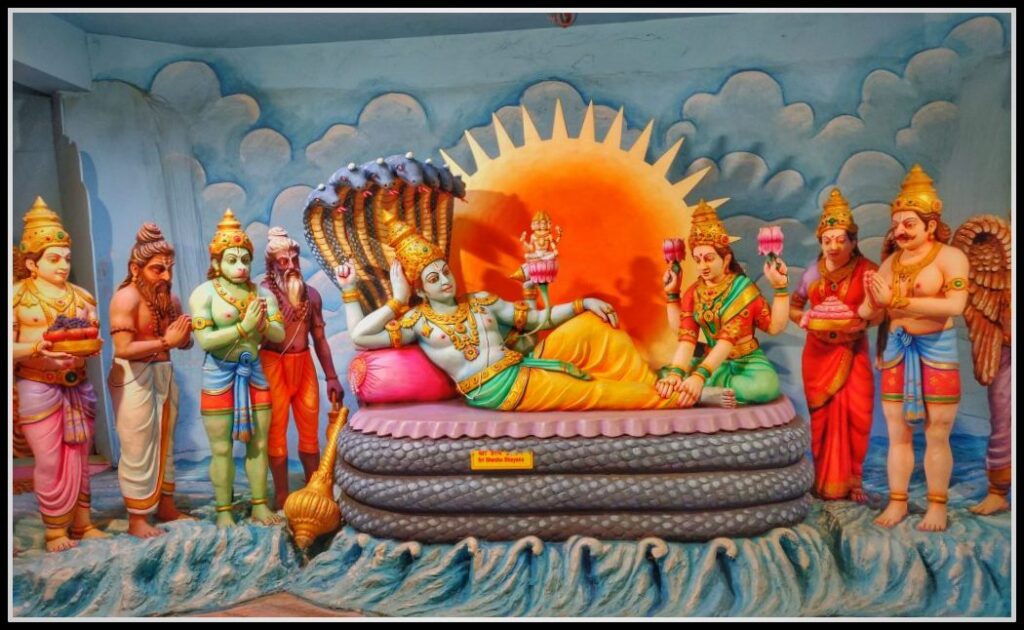 #8 Shiva is an expansion of Krishna

Diparcir eva hi dasantaram abhyupetya
Dipayate vivrta hetu samana dharma
Yas tadrg eva hi ca vishnutaya vibhati
Govindam adi purusam tam aham bhajami
(Brahma Samhita 5.46)
–
When one candle lights other candles, they all burn with the same intensity and same quality. Still, the first candle may be said to be the original one. In the same way, although so many Vishnus may expand from Him, Krishna is the original Supreme Personality of Godhead. I adore that primeval Lord Govinda.

#10 Maya works under the direction of Krishna

Mayadhyaksena prakrtih suyate sa caracaram
Hetunanena kaunteya jagad viparivartate
(Bhagavad Gita 9.10)
–
This material nature, which is one of My energies, is working under My superintendence, O son of Kunti, and produces all moving and non-moving beings. Under its rule, this cosmic manifestation is created and annihilated again and again.