The following is a recitation from Sri Chaitanya Bhagavata, Adi Khanda, Chapter 9, Verses 154-187. In these verses, Srila Vrindavan das Thakur describes the meeting of Nityananda Prabhu with Srila Madhavendra Puri and how they glorify each other.

Sri Madhavendra Puri was the spiritual master of Isvara Puri who in turn was the spiritual master of Chaitanya Mahaprabhu, the most merciful incarnation of the Supreme Lord. Sri Madhavendra was almost always intoxicated with an intense love for the Supreme. He was mostly devoid of his external consciousness and had no awareness of where he was or what time of the day it was. Sometimes standing and sometimes falling, all the ecstatic symptoms manifested in his body simultaneously. Sri Madhavendra Puri, a devotee in the line of Madhvacharya, is designated as the first sprout (ankura) of the desire tree of devotion.

Sri Madhavendra was the embodiment of divine love. Srila Advaita Acharya was the foremost of his devotees. On meeting Sri Madhavendra Puri, Lord Nityananda became paralyzed and lost consciousness, overpowered by ecstatic transcendental love; and Madhavendra Puri also went into an ecstatic trance, losing all external senses upon seeing Lord Nityananda. Isvara Puri, and other disciples of Srila Madhavendra, who witnessed this meeting, were moved to tears as they saw the two personalities in devotional trance. The two embraced each other, rolled in the sand, expressed their sublime emotions, being completely absorbed in love of God. 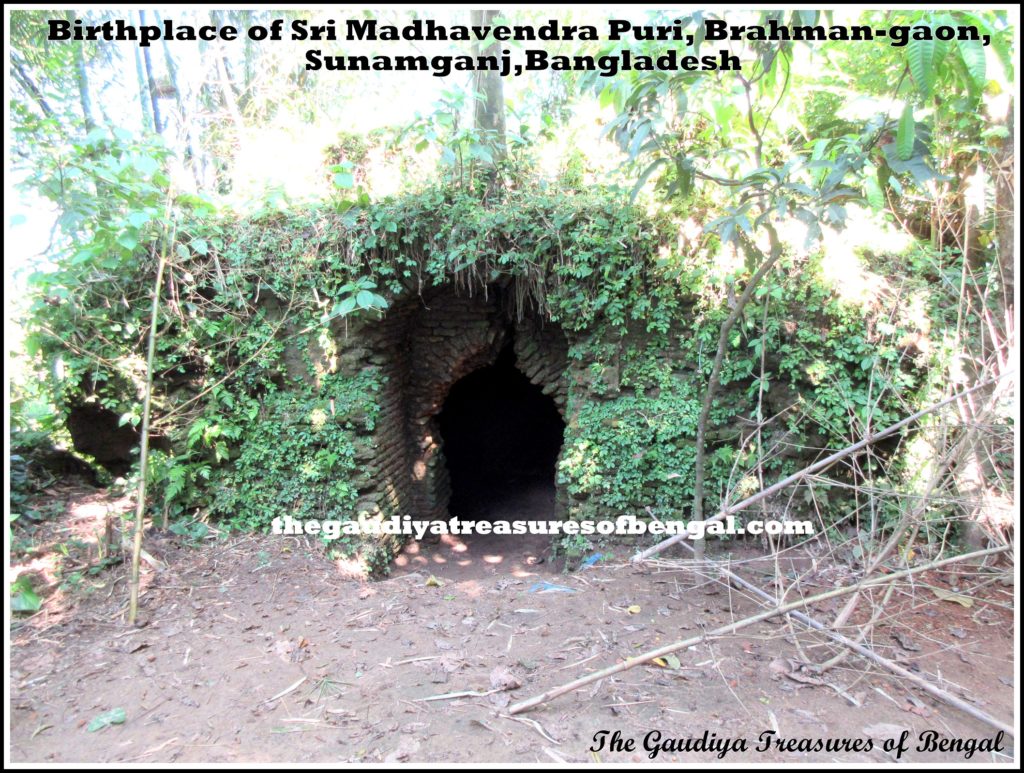 Lord Nityananda expressed that He had received the sublime benefit of His pilgrimages, having met with Srila Madhavendra. Steeped in the ambrosia of transcendental love, they lost count of time; no one knew when day turned to night and their surroundings passed into oblivion. Srila Madhavendra exclaimed that nowhere had he previously found the exhibition of such supramundane love par excellence as in Lord Nityananda. He concluded that Lord Krishna was indeed favorably disposed towards him, as he had found an intimate friend in Nityananda Prabhu. He added that wherever Nityananda Prabhu was present, that place became transformed into Vaikuntha. Whoever associates with Lord Nityananda and hears from Him will surely attain the purest devotional love at the lotus feet of Lord Krishna. And whoever holds even a tinge of disregard for Lord Nityananda is forever cast aside by Lord Krishna, though that person may be in the guise of a Vaishnava.