Grhita visnudiksako vishnu pujaparo narah
Vaisnavo bhihito bhijnairitaro smadavaisnavah
(Padma Purana)
–
One who is initiated into the Vaishnava mantra and who is devoted to worshiping Lord Vishnu is a Vaishnava. One who is bereft of these practices is not a Vaishnava.

Dvedha hi bhagavata sampradaya pravrttih
Ekatah samksepatah sri narayanad brahma naradadidvarena
Anyatastu vistaratah sesat sanat kumara sankhyayanadi dvarena
(Sridhara Svami’s commentary)
–
Vaishnavas are classified into different sampradayas or lineages according to their inclinations. The first of these sampradayas have originated from Lord Narayana by way of Brahma, Narada, and so on. Another sampradaya comes from Sesha Bhagavan and has been delineated by the Sanat Kumaras.

Gradations of Vaishnavas based on their devotion

Isvare tad ashinesu balisesu dvisatsu ca
Prema maitri krpopeksa yah karoti sa madhyamah
(Srimad Bhagavatam 11.2.46)
–
A madhyama Adhikari Vaishnava shows love for the Supreme Lord, friendship towards the other devotees, mercy towards the innocent and ignorant, and disregards those who are envious of the Supreme Lord.

Sarva bhutesu yah pasyed bhagavad bhavam atmanah
Bhutani bhagavaty atmany esa bhagavatottamah
(Srimad Bhagavatam 11.2.45)
–
A person advanced in devotional service sees within everything the soul of all souls, the Supreme Personality of Godhead, Sri Krishna. Consequently he always sees everything in relation to Sri Krishna and understands that everything is eternally situated within the Supreme Lord. He is an uttama adhikari and serves on the topmost platform of devotional service.

Na kama karma bijanam yasya cetasi sambhavah
Vasudevaika nilayah sa vai bhagavatottamah
(Srimad Bhagavatam 11.2.50)
–
One who has taken exclusive shelter of the Supreme Lord Vasudeva, whose heart is freed from the seeds of lust and karma and the desire to gratify his material senses, is considered a bhagavatottama, a pure devotee of the Lord situated on the highest platform.

Na yasya svah para iti vittesv atmani va bhida
Sarva bhuta samah santah sa vai bhagavatottamah
(Srimad Bhagavatam 11.2.52)
–
A maha Bhagavata is free from the selfish conception of ‘This is mine and that is for others’. He considers himself simply one among all living beings who are equally part and parcel of Krishna. He is peaceful, satisfied, and no longer concerns himself with the pleasure of his own body. Such a Vaishnava is considered to be at the highest standard of devotional service.

Tri bhuvana vibhava hetave ‘py akuntha-
Smritior ajitatma suradibhir vimrgyat
Na calati bhagavat padaravindal
Lava nimisardham api yah sa vaisnavagryah
(Srimad Bhagavatam 11.2.53)
–
The lotus feet of the Supreme Lord, Krishna, is sought by the greatest of demigods such as Brahma and Shiva, who have accepted Him as their life and soul. A pure devotee can never forget Krishna’s lotus feet or give up their shelter for even a moment, even in exchange for the benediction of ruling the entire universe. Such a devotee is known as Maha-Bhagavata.

Visrjati hrdayam na yasya saksad
Dharir avasabhihito py aghaugha nasah
Pranaya rasanaya dhrtanghri padmah
Sa bhavati bhagavata pradhana uktah
(Srimad Bhagavatam 11.2.55)
–
The Supreme Personality of Godhead is so kind to the conditioned souls that if they call upon Him by chanting His holy name, even unintentionally or unwillingly, the Lord is inclined to destroy innumerable sinful reactions in their hearts. When Lord Hari grants liberation from sin to one who even unconsciously or negligently chants His holy name, the position of one who never abandons the shelter of His lotus feet must be considered highly exalted. Such a devotee can never give up the Lord’s association, nor can the Lord give up His association. Krishna Himself dwells eternally within his heart. Such a great soul is known as maha-bhagavata.

Jnana nistho virakto va mad bhakto vanapeksakah
Sa lingan asramams tyaktva cared avidhi gocarah
(Srimad Bhagavatam 11.18.28)
–
The Paramahamsa is fixed in transcendental knowledge and is detached from external objects. He is free from attachment to all sense enjoyments and does not long for anything, including liberation. Such a great soul does not adhere to duties based on external rituals or paraphernalia. He is no longer ruled by the scriptures for he is spontaneously devoted to the Supreme Personality of Godhead on the highest platform of divine love.

Sraddhavan jana haya bhakti adhikari
‘Uttama’, ‘madhyama’, ‘kanistha’, sraddha-anusari
Sastra-yukte sunipuna, drdha sraddha yanra
Uttama adhikari sei taraye samsara
Sastra yukti nahi jane drdha sraddhavan
‘Madhyama adhikari’ sei maha bhagyavan
Yahara komala sraddha se kanistha jana
Krame krame tenho bhakta haibe uttama
(Chaitanya charitamrita, Madhya, 22.64-69)
–
A faithful devotee is indeed an eligible candidate for executing the loving service of the Lord. According to one’s faith, one is classified as an advanced devotee, an intermediate devotee, or a neophyte devotee. One who is an expert in logic, argument, and the revealed scriptures and who has firm faith in Krishna is classified as an advanced devotee, and he can deliver the entire world. One who is not very adept in argument, logic, and the scriptures, but who has firm faith in Krishna is considered a second-class or intermediate devotee. He also must be considered most fortunate. One whose faith is weak is called a neophyte, but by following the process he will slowly rise to the stage of a first-class devotee. 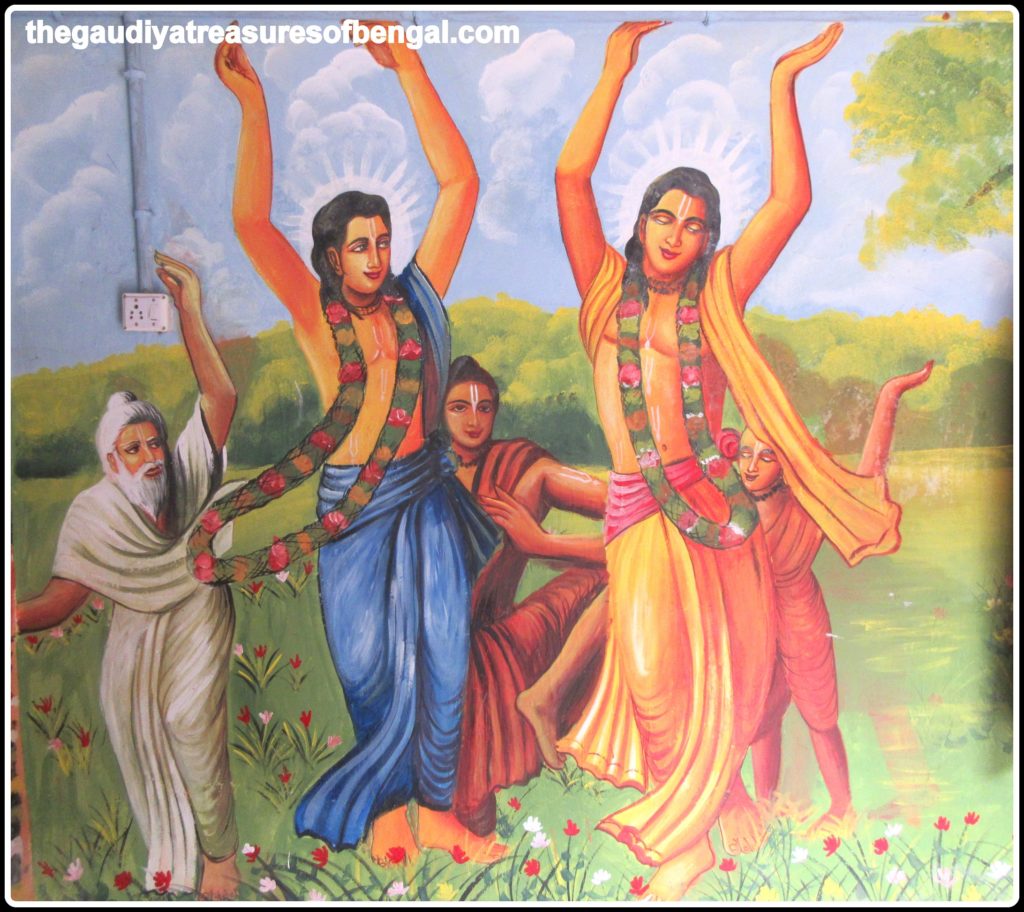