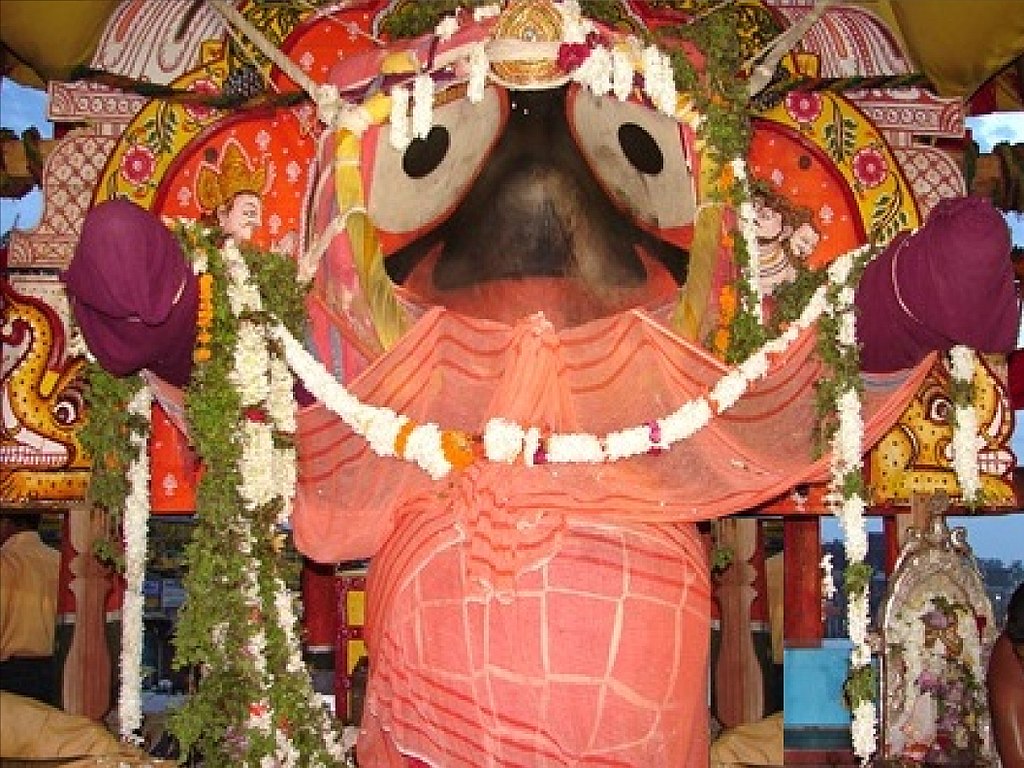 #5 The pilgrim further narrated how he had stayed at Nilachala dham for one full year and attained the blessings of Lord Jagannath. He described how compassionate the Lord was and how one could attain liberation simply by gazing at Lord Jagannath. While describing the glories of the Lord and Purusottama Kshetra the pilgrim was overwhelmed with spiritual ecstasy. He implored the King to visit Purusottama Kshetra and take shelter of the all-merciful Lord.

#6 King Indradyumna was deeply touched by the pilgrim’s words and expressed his earnest desire to visit Purusottama dham and engage in the worship of Lord Jagannath. The royal priest agreed with the King. The priest requested that Vidyapati, his brother, be sent to Purusottama Kshetra at first. Vidyapati can accumulate all the required information and set up a nice residence for the King to visit subsequently. King Indradyumna agreed with this proposal.

Vidyapati sets off in search for Lord Neela Madhava

#7 Guarded by a few confidants, Vidyapati, brother of the royal priest, set off in search of the Nilgiri mountains in Purusottama Kshetra. In the course of his journey, Vidyapati became overwhelmed with spiritual emotions. He began to consider how life had presented him with an opportunity to engage in the service of the Supreme Lord and thereby free himself from all entanglements of this material world. He considered himself greatly fortunate that he would be able to behold Lord Narayana, the cause of all causes.

#8 Vidyapati traveled for days altogether, traversing forests, mountains, and rivers. One evening he arrived on the shores of the Mahanadi river where he and his confidants rested for the night. The next morning they resumed their journey and were within touching distance of Purusottama Kshetra. Crossing Ekamra (present Bhubaneswar), Vidyapati finally arrived at the Nilgiri mountains. He could see the giant mystical Banyan tree that stood upon its peak. He grew eager to attain the darshan of his beloved Lord but it had already grown dark and the surroundings were dense. Hence he chose to halt for the night. 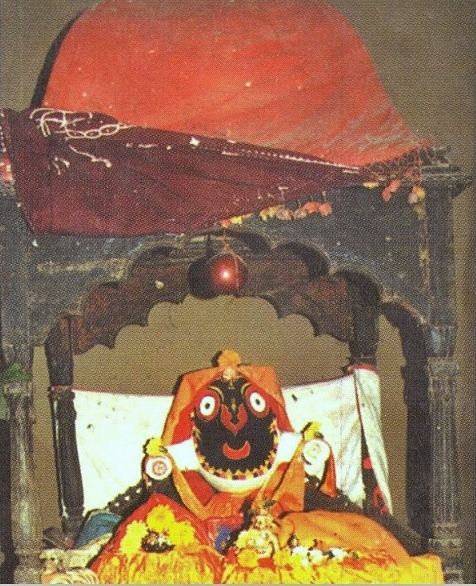 #9 All of a sudden, Vidyapati heard some noises that came from the southern direction. He also noticed some flares. On enquiring further, he found that there were some Vaishnavas who lived in a nearby ashram called ‘Sabara Deepak’. This was the same ashram that the traveling pilgrim had earlier talked about.

#10 Vidyapati entered the ashram and offered his respects to the gathered Vaishnavas. The devotees greeted him affectionately. Over there, Vidyapati met with a Vaishnava named Biswabasu who had just returned after performing his worship of Neela Madhava. Having honored the remnants of Lord Vishnu, Biswabasu appeared bright and effulgent. Vidyapati realized that Biswabasu could lead him to the temple of Neela Madhava. Biswabasu requested Vidyapati to rest in his ashram and also offered him food. However, Vidyapati refused to waste even a moment and explained that he was representing the King of Malav and his royal priest. Vidyapati added that the King had sent him to retrieve the whereabouts of the temple where Lord Neela Madhava was being worshiped. The King would not break his fast until Vidyapati returned with all the relevant information. Under the circumstances, Vidyapati refused to rest or eat anything. He instead requested Biswabasu once again to lead him to the temple so that he could attain the darsana of his beloved Lord.

#11 Biswabasu and Vidyapati left for the peak of the Nilgiri hills. The more they traveled, the more dangerous and narrow the path grew. After traveling for hours, they reached Rohini Kunda. Biswabasu explained how Rohini Kunda was the mother of all other lakes and rivers of this world. Rohini Kunda was the greatest of the holy pilgrimage sites. Anyone who bathed at Rohini Kunda would ascend to Vaikuntha (spiritual world). Biswabasu pointed out to the east of Rohini Kunda where the giant banyan tree existed. Simply standing under the shades of this tree was enough to liberate one from even the sins of killing a brahmana. 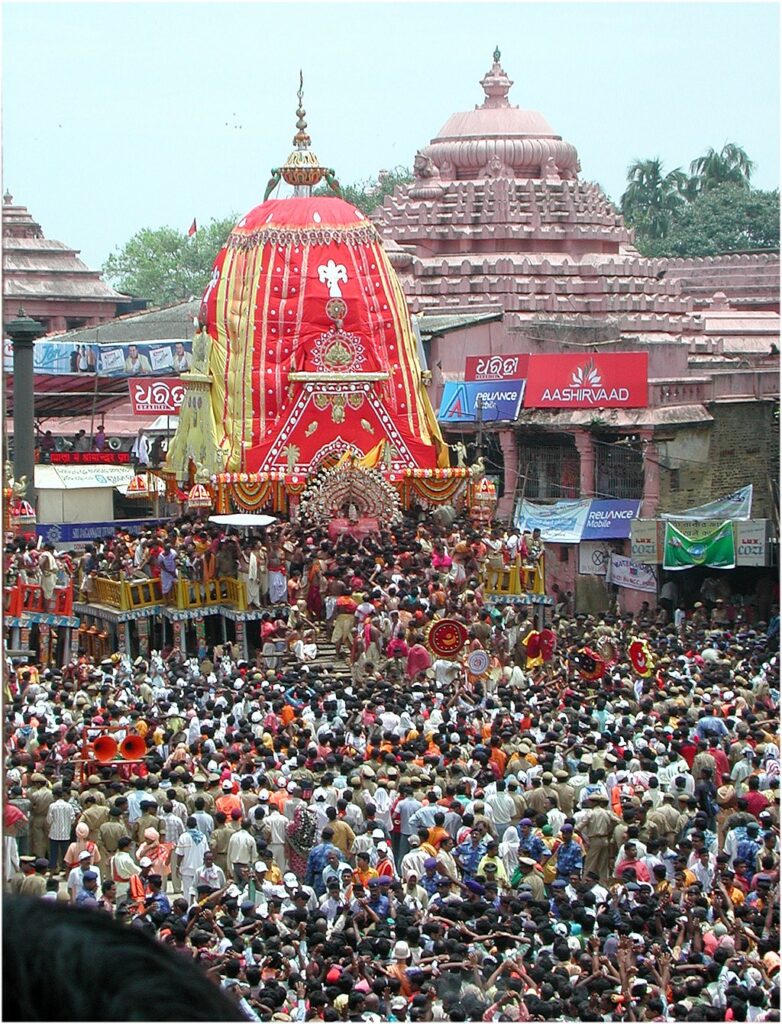 #12 Biswabasu further described that the deity of Neela Madhava (Lord Vishnu) was being worshiped inside a Kunja that lay midway between Rohini Kunda and the banyan tree. As directed by Biswabasu, Vidyapati bathed in Rohini Kunda before entering the temple. After offering his heartfelt obeisances unto his beloved Lord, and chanting auspicious Mantras, Vidyapati became effused with spiritual ecstasy. He had never felt more content in his life.

#13 After spending some time in the temple, an elated Vidyapati returned to the Sabara Deepak ashram with Biswabasu. At the ashram, Vidyapati was offered beautiful articles and served delicious prasadam. Vidyapati was surprised as he had never tasted anything more delicious before. On asking, Biswabasu smiled and replied that all the demigods including Lord Indra often visited the holy dham and glorified Lord Jagannath (Supreme Lord). The prasadam that Vidyapati was honoring were not ordinary but the remnants of the food offered to Neela Madhava. Honoring prasadam liberates one from the clutches of this material world. 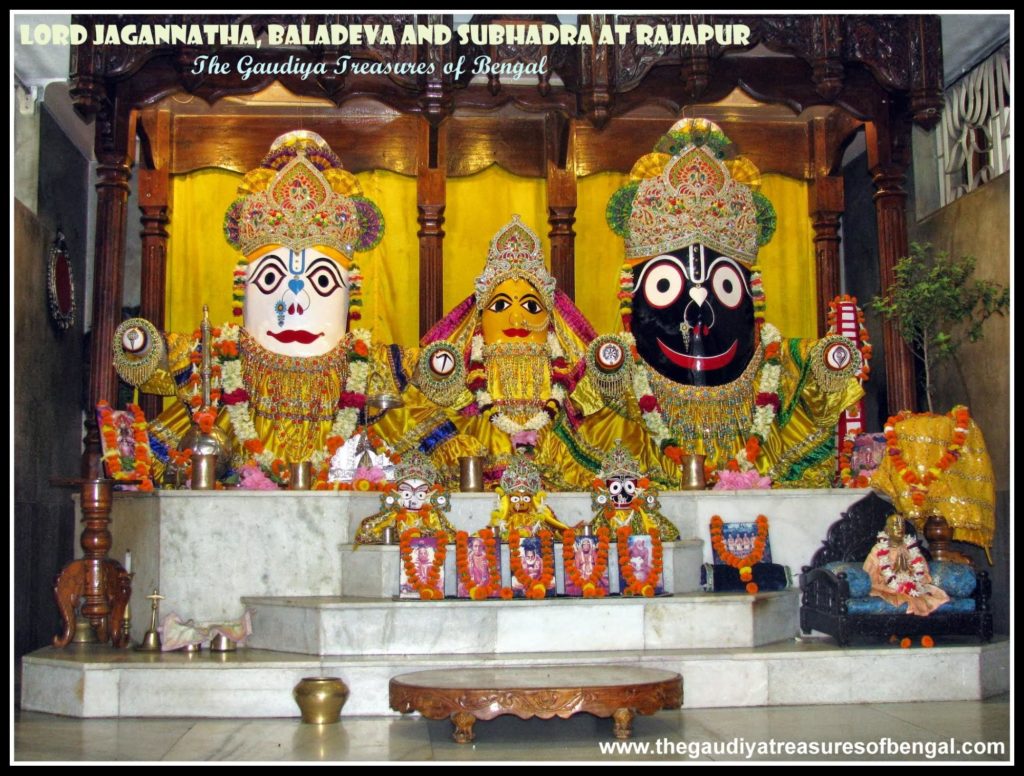 #15 When Vidyapati returned to Malav, he received a royal welcome. Vidyapati presented the King with a Prasadi garland. King Indradyumna bowed down and offered his obeisances unto the transcendental Maha-garland that had previously adorned the neck of Lord Neela Madhava. The King expressed his eagerness to engage in the service of Neela Madhava. Vidyapati was offered a seat and requested to reveal the experiences of his pilgrimage.