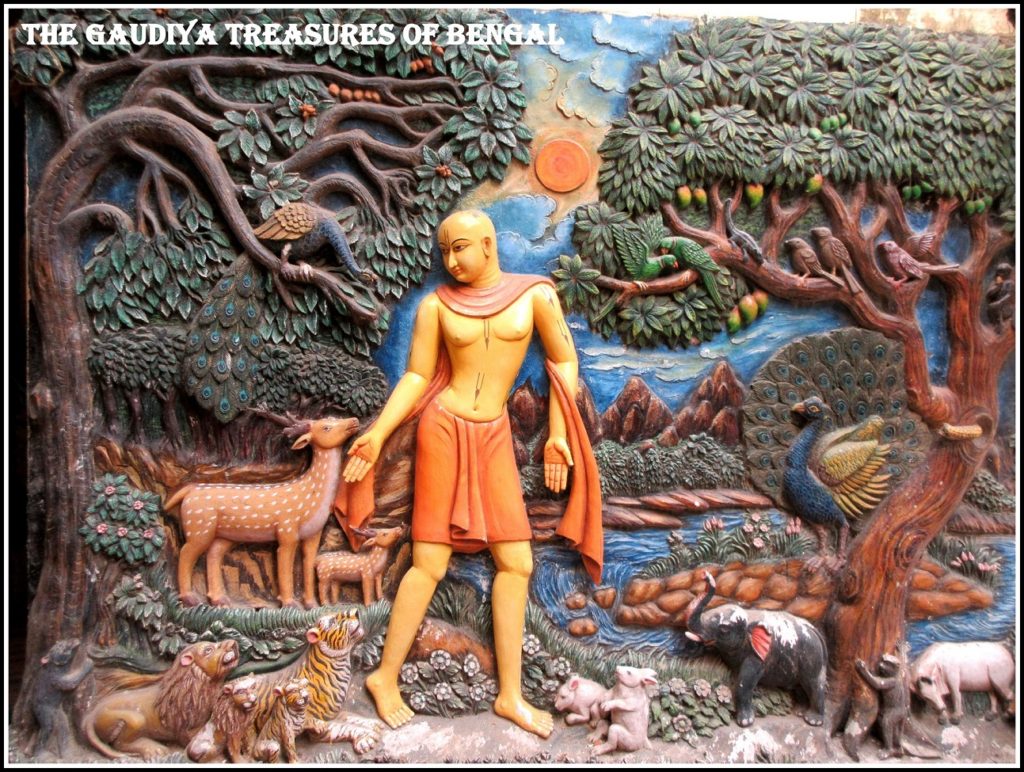 After offering my respectful obeisances unto Lord Chaitanya, who is a great soul, the Lord of all Lords, and the spiritual master of the entire universe, I will now narrate His 108 holy names. 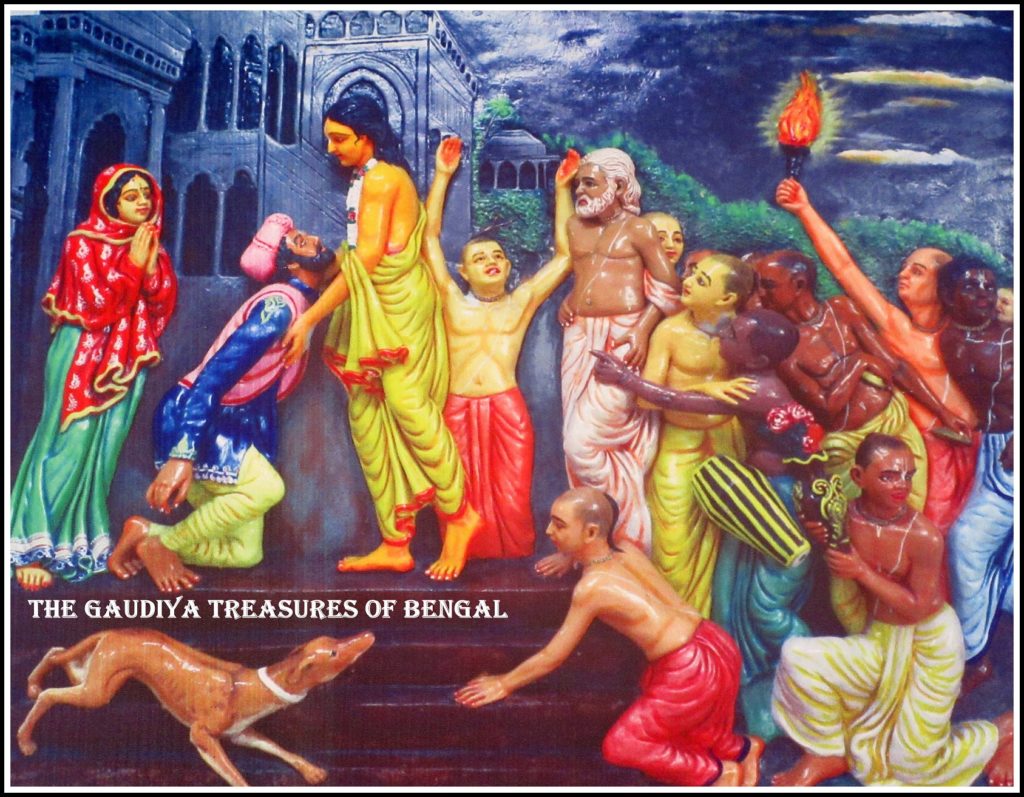 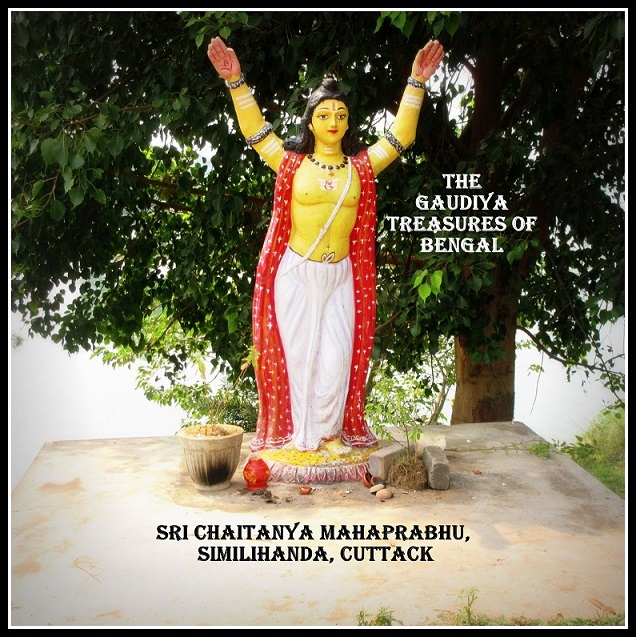 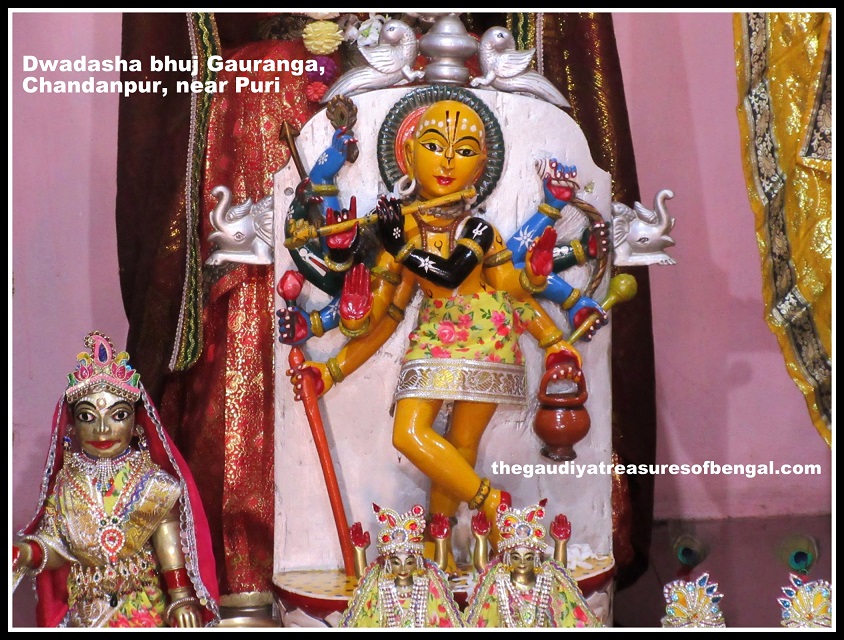 It is advised one faithfully approaches and recites this transcendental sin-destroying prayer in the morning to Sri Chaitanya Mahaprabhu, the great soul. One who does this shall feel the awakening of ecstatic loving devotion unto Lord Hari; of this, there is no ambiguity. 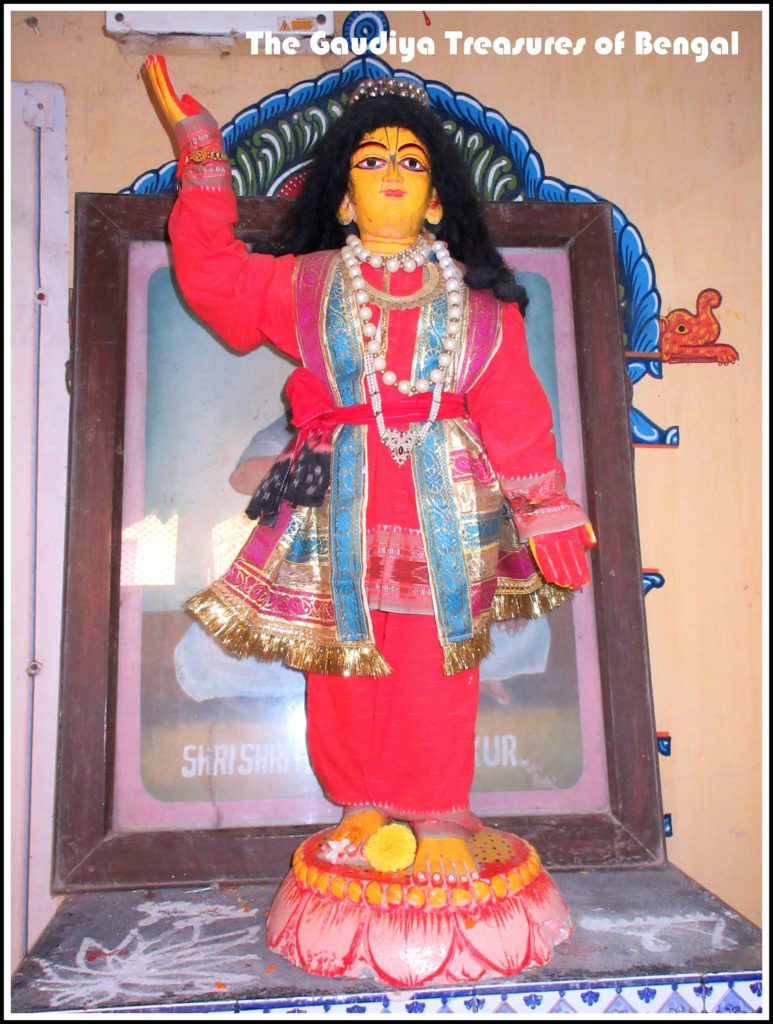 If one chants this great prayer with faith and devotion on Lord Chaitanya’s appearance day (Gaura Purnima – the full moon day in the month of Phalguna), then their pure desires are perpetually attained.

If a devotee couple yearns to have a child but is unable to do so, then they shall obtain a Vaishnava child without a doubt. And at the time of their death, they will attain remembrance of Sri Chaitanya and enter into His eternal pastimes. 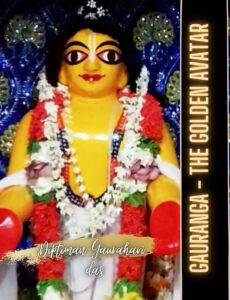