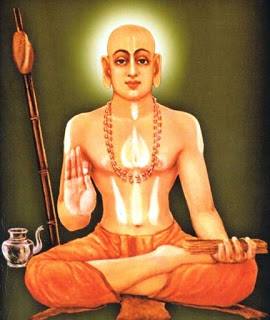 Narayana Bhatta, a pious brahmana who had hailed from the exalted Madhyageha family, lived with his wife Vedavati at Pajaka Kshetra on the shores of the Papanasini river. This place is situated by the Vimanagiri mountains on the southeast of Udupi Kshetra (Karnataka, South India) and is famed to be the place where Lord Parasurama had created holy tirthas. In due course of time, Narayana Bhatta and Vedavati devi had two sons but unfortunately, both died prematurely. The brahmana couple, then being bereft of any progeny, performed severe austerities for twelve years while subsisting only on milk. They yearned to have an immortal son. The Supreme Lord was pleased with their austerities and wanted to reward them. This was the time when pure devotional service was scarce all over Bharata-Varsha. Sanatana Dharma was on the decline while atheism, in the form of Buddhism, and covered atheism, in the form of Shankaracharya’s Mayavada, was forcibly pushing people towards existence in dense ignorance. To revive Sanatana Dharma and its essence of pure devotional service, Vayu, the demigod of wind, appeared in this world by the divine will of Lord Vishnu. Just as he had previously appeared as Hanuman in Treta Yuga and as Bhima in Dvapara Yuga, similarly, Vayu appeared as Sri Madhvacharya (Purnaprajna) in this age of Kali from the womb of mother Vedavati. He was born in 1238 AD, on the auspicious occasion of Vijayadashami, and he was named Vasudeva.

#1 Sri Madhvacharya was a brilliant student and completed his primary education in a very short time. He was graced with an unusually strong physique and extraordinary intellectual prowess.

#2 He received his sacred thread at the tender age of eight.

#3 When his teacher once chastised him for neglecting his studies, Madhvacharya responded by reciting non-stop discourses on various subjects of the Vedas and other scriptures, which included topics that the teacher had covered and those that he had not. The teacher was therefore struck with wonder. Sri Madhvacharya attained mastery over the Vedic literatures in a very short time.

#4 One day Madhvacharya picked up a stick and approached his father stating that he had finished his studying and aspired to widely preach the conclusions of Vaishnavism by refuting the philosophy of Mayavada (Advaita). His father ridiculed him saying that if an ordinary little boy like him could refute Mayavada and preach widely then even the stick in his hand could perhaps transform into a huge tree. Madhvacharya took his father’s words literally and to refute him, planted the stick onto the ground. To everyone’s astonishment, the stick immediately blossomed into a giant banyan tree. This tree is still visible at Pajaka Kshetra reminding everyone of the glories of Madhvacharya. 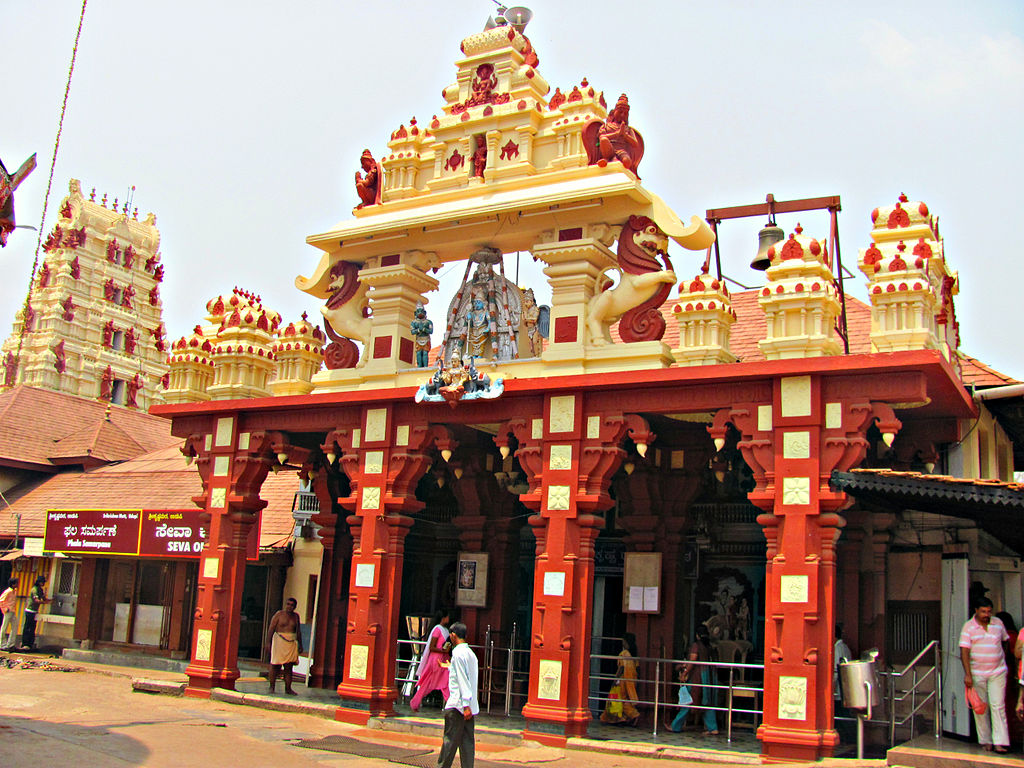 #5 Sri Madhvacharya understood that his parents wanted to restrain him and dampen his missionary spirit by confining him to the life of a householder. Hence, he fled his home and accepted sannyasa (renounced order of life) from Sri Achyuta Preksha of Rajatapithapura at the age of twelve. Madhvacharya had previously served Sri Achyuta Preksha for one full year at the temple of Anantheshwara and glorified to him the philosophy of ‘Dvaita’.

#6 He was awarded with the sannyasa name ‘Ananda tirtha’ or Tatparyaya Madhva. The word ‘Madhu means happiness and the letter ‘va’ means knowledge. Therefore the word Madhva implies ‘Ananda Tirtha’ or blissful knowledge. He came to be widely distinguished as ‘Madhva’ later on.

#7 After accepting sannyasa, Sripad Madhvacharya started to act like an acharya and preached widely while carefully following all scriptural rules and regulations. He defeated a logician named Vasudeva by quoting scriptural injunctions and secured a ‘victory certificate’ from him. In this way, he gained the respect of all the devotees by refuting unauthorized conclusions of sinful logicians and staunch mayavadis, including Vadisimha and Buddhisagara.

#9 Thereafter he visited Sri Rangam and other holy places where he refuted several non-bonafide philosophies. At the shore of Payaswini river, he participated in the meeting of the brahmanas where he defeated the philosophies of smarta and mayavada. He thus came to be celebrated as ‘Sarvajna yati’. 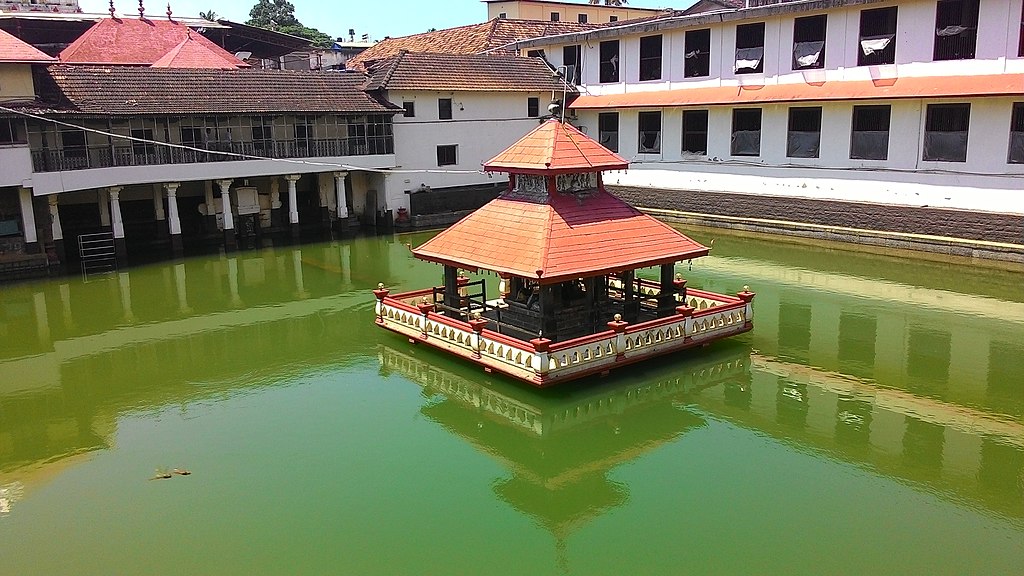 #10 Thereafter Madhvacharya traveled to Badarikashrama where he was initiated by Srila Vedavyasa. He received instructions concerning the authorized conclusions of the Vedas, Vedanta-Sutra, Mahabharata, and Srimad Bhagavatam. He then visited the ashrama of Sri Nara-Narayana rsis where he received the darsana of Sri Narayana. Receiving permission from Vedavyasa and Nara-Narayana rsis, he returned to his disciples.

#11 While returning from Badarikashrama, Sriman Madhvacharya visited many places around the Godavari river in the province of Ganjama. There he met with two scholars named Sobhana Bhatta and Svami Shastri. They were later initiated by Madhvacharya and came to be known as Padmanabha Tirtha and Narahari Tirtha.

#12 Sripad Madhvacharya thereafter traveled to Dwarka, Kurukshetra, Naimisaranya, Prayag, Kasi, Gaya, and other holy places concerning Lord Vishnu and established his Siddhanta of Dvaita. He completed his commentary on Vedanta Sutra and refuted twenty-one unauthorized commentaries. These twenty-one non-bonafide commentaries refuted by Madhvacharya are as follows –

Madhvacharya installs the deity of Bala-Krishna :

#13 One day, after returning to Udupi, Madhvacharya composed five chapters of a collection of prayers dedicated to Lord Krishna while going to bathe in the sea. Arriving at the seashore, he found a ship stuck on the sand and unable to move any further. Sriman Madhvacharya then made certain gestures with his hand, as if to move the ship, and to everyone’s surprise, the ship began to move across the surface of the water. When Madhvacharya was requested to accept something from the ship’s cargo as an expression of gratitude, he took out a large piece of Gopi-Candana that had been taken from Gopi-sarovara in Dwarka. 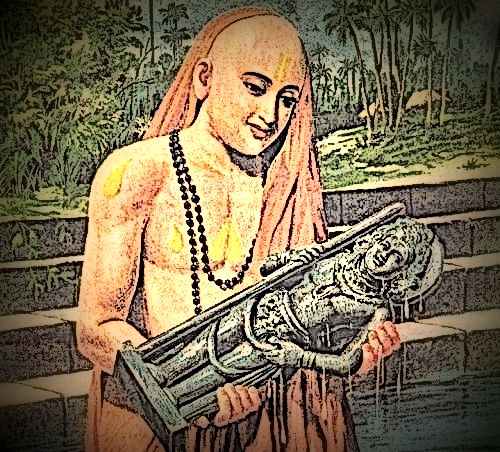 #15 This deity of Bala-krishna dates back to Dvapara Yuga and was personally installed by Lord Krishna in Dvarka during His manifested pastimes. At the end of Krishna’s pastimes, this deity was placed in Gopi-sarovara on the banks of the sea by Arjuna. This deity had now manifested Himself to Madhvacharya in this age of Kali.

#16 When thirty strong-built men were unable to lift the deity, Sriman Madhva, effortlessly picked Him up and took Him to his ashrama in Udupi. The deity was then bathed in a large lake and subsequently installed. Madhvacharya awarded Sannyasa to some of his disciples and entrusted them with the service of Lord Bala-Krishna.

#17 On one hand, Lord Bala Krishna holds a grinding stick and on the other hand, holds a grinding rope. After discovering the deity, Madhvacharya immediately composed the remaining seven chapters of his famous Dvadasa Stotra prayers.

#18 Sriman Madhvacharya had recorded all of his literatures on copper leaves and buried them at Katatila Kshetra, situated about 50 kms from Udupi. At this place is also installed a copper deity of Lord Krishna holding a pot of butter. This place is known as Vyasa tirtha and even today a black snake lives on the altar protecting Sri Madhvacharya’s literatures.

#19 Sripad Madhvacharya was very strong physically. It is said that he once even drove away a tiger after a fierce fight when the tiger had attacked his disciple Satya Tirtha. On another occasion, he effortlessly carried a stone slab and set it on the bank of a river to prevent it from eroding the land any further. This stone could not be uplifted by thousands of people together. 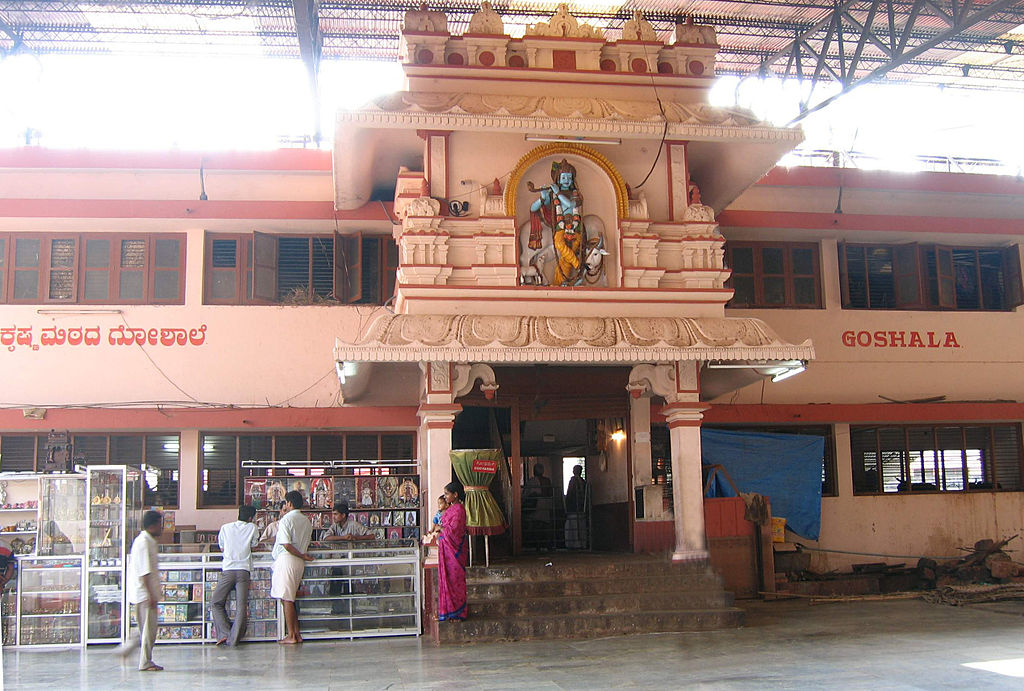 #20 In Badarikashrama, Madhva received eight Saligrama Silas personally from Vyasadeva. Vyasadeva gave him a Saligrama sila called Ashtamurti, approved his Bhagavad-gita commentary, and blessed Madhvacharya with deeper realizations from the scriptures. After this meeting, Madhvacharya composed his Mahabharata-tatparya-nirnaya.

#21 Once while Sriman Madhvacharya was explaining the Aitareya Upanishad to his disciples in the temple of Sri Anantesvara, the demigods headed by Lord Shiva arrived there and showered celestial flowers like Mandara and Parijata over him on being pleased with his ability to explain the scriptures.

#22 Over time, Sripad Madhvacharya’s extraordinary wisdom and devotion for the Supreme Lord disseminated throughout India. He defeated innumerable Jains, Buddhists, Mayavadis, atheists, logicians, and agnostics. The philosophy of Dvaita was firmly established and instrumental in delivering countless souls from the darkness of impersonalism. For this purpose, Sripad Madhvacharya compiled many literatures, established several Mathas, and introduced deity worship. Some of his works were Gita Bhashya, Brahma Sutra Bhashya, Anu Bhashya, Karma Nirnaya, Vishnu Tattva Nirnaya, commentaries on several important holy texts like Bhagavad Gita and the Brahma Sutra, etc.

#23 Sripad Madhvacharya passed away from this world while teaching his commentary to the Aitareya Upanishad in the temple of Anantesvara on the 9th day in the fortnight of the waxing moon in the month of Magha, in 1378 AD. He lived for seventy-nine years. The famous scholar Sri Vadiraja Swami, wrote in his book Sarasabharativilada that Madhvacharya continues to live invisibly at Udupi till this day. It is said that Sri Madhvacharya shall reside in Badarikashrama until the end of Vaivasvata Manu’s reign and then merge  into the body of Vayu.

#24 In the ‘Nabadwip dham Mahatmya’, it has been described that Mahatpur of Nabadwip dham is non-different from the Kamyavan forest of Vrindavana. Mahatpur is also the sacred place where Madhvacharya had once come, along with his followers. Sri Chaitanya Mahaprabhu appeared in Madhvacharya’s dream and revealed to him that he is His eternal servant. The Lord continued that He would be accepting initiation in Madhva’s sampradaya when He appears in this world in the future. The Lord instructed Madhvacharya to worship Him secretly and assured him that he would surely achieve His lotus feet. Madhvacharya then went about with great resolution and defeated the Mayavadi philosophers. Below are Sri Madhvacharya’s nine teachings – 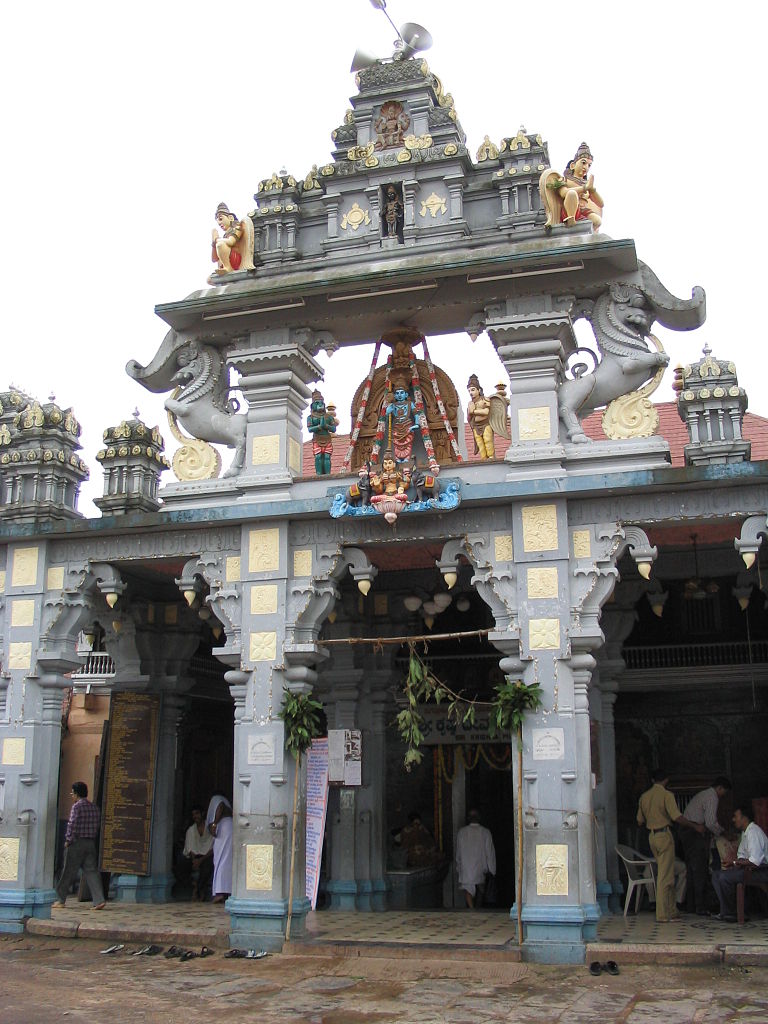