END_OF_DOCUMENT_TOKEN_TO_BE_REPLACED

In this article, we intend to ascertain the exact year of Lord Nityananda’s birth. Lord Nityananda was none other than Lord Balarama who had appeared to assist Sri Chaitanya Mahaprabhu (who was Krishna Himself) in manifesting His magnanimous sankirtana pastimes. Though it has been well established that Lord Nityananda had appeared in the village of Ekachakra situated in the Birbhum district of West Bengal and that He was born on a trayodashi (thirteenth day of the Lunar fortnight), yet the exact date or even the year of His birth remains unconfirmed till this day. After examining the subject in detail, we have narrowed it down to two possible outcomes based upon the information contained in bonafide texts. If one goes by the valuable information presented in Sri Chaitanya Bhagavata and Bhakti Ratnakara, Lord Nityananda’s year of birth is ascertained to be 1478 AD (or the year 1399 of Saka era). On the other hand, the information provided in ancient texts like Advaita Prakash and books by some other authors infers that Lord Nityananda was born in 1474 AD ( year 1395 of the Saka era). We shall address both of these scenarios below in detail.

END_OF_DOCUMENT_TOKEN_TO_BE_REPLACED 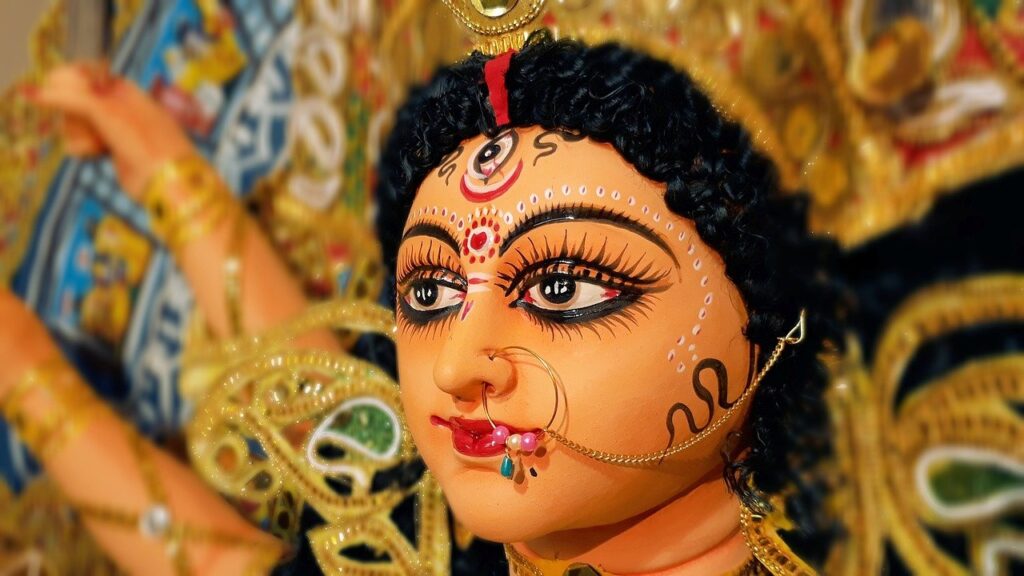 Many people believe that Vaishnavas do not worship or acknowledge Maa Durga (Mahamaya shakti), but this is a completely mistaken notion. It is true however that how the dry philosophers and the impersonalists worship Mahamaya devi is contrary to how the Vaishnavas do the same. The Vaishnavas hold that devi Durga is a devotee of the Supreme Lord Sri Krishna. It is recorded in scriptures like Srimad Bhagavatam, Vishnu Purana, etc how on being instructed by the Supreme Lord, she appeared from the womb of mother Yashoda who was imprisoned by Kamsa and apprised Kamsa of his imminent death at the hands of Gokulananda Krishna. Kali, Durga, Chandi, Annapurna, Katyayani, etc are different names by which Mahamaya devi is often called upon. She is responsible for executing the will of the Supreme Lord and is deemed worshipable by the Vaishnavas.

mayadhyaksena prakritih
suyate sa-characaram
hetunanena kaunteya
jagad viparivartate
(Bhagavad Gita 9.10)
–
O son of Kunti, this material nature, which is one of My energies, is working under My command thereby producing all moving and nonmoving beings. Under its rule, this manifestation is created and annihilated again and again.