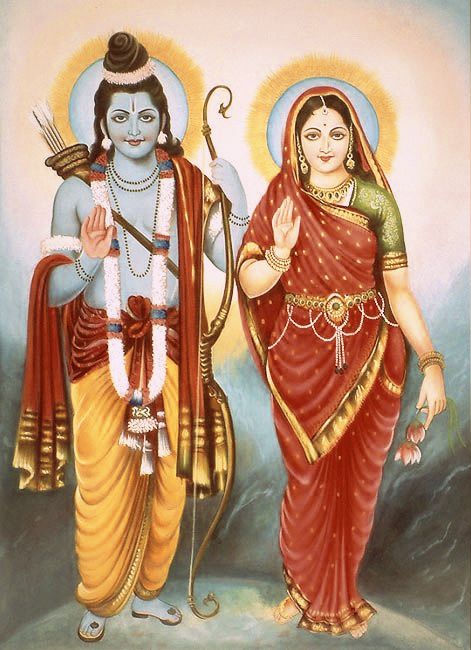 When Sri Chaitanya Mahaprabhu was traveling across South India, He met with a brahmana who happened to be a great devotee of Lord Rama. This amazing pastime occurred at ‘Southern Mathura’, a place that is today known as Madurai. The brahmana invited Sri Chaitanya Mahaprabhu for lunch. The brahmana forever remained immersed contemplating upon the pastimes of Ramayan. He was totally detached from material activities. Hence this brahmana was also known as Rama Dasa Vipra (a brahmana servant of Lord Rama). After bathing in the river Kritamala, Lord Chaitanya arrived at the brahmana’s residence. He was surprised to see that the food was not yet ready.

Seeing that it was already noon, Lord Chaitanya politely inquired as to why the brahmana had not started cooking yet. To this, the brahmana, who was always contemplating upon the pastimes of Ramayan, replied, “O Lord, we are living in this forest. And we are unable to arrange all the required ingredients for cooking. When Lakshman brings the necessary vegetables, fruits, and roots, mother Sita will do the cooking”. Chaitanya Mahaprabhu was very pleased taking note of the brahmana’s exalted mood and how he always meditated upon the pastimes of Rama, Sita, and Lakshman. Finally, the brahmana commenced cooking and prepared all the foodstuffs. Lord Chaitanya accepted His lunch at three ‘O’ clock in the afternoon. But He was surprised to find the brahmana very sorrowful. He observed that the brahmana was fasting. On asking why he was so unhappy, the brahmana revealed his heart and spoke as follows. 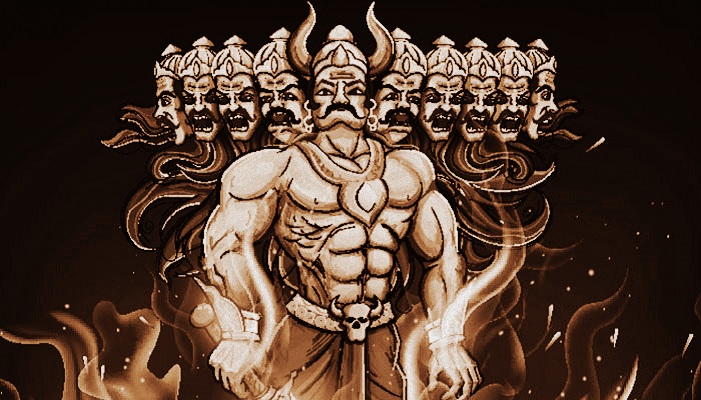 The brahmana burst into tears and expressed that he had no purpose to continue living. He could not tolerate that Sita, the mother of the universe and the supreme goddess of fortune, had been touched by the demon Ravana. The brahmana desired to give up his life by entering into fire or water. Sri Chaitanya Mahaprabhu tried to console the brahmana. Lord Chaitanya explained that Sita, wife of the Supreme Lord Rama, certainly possesses a spiritual form full of bliss. No materialist has the power to even behold this wonderful spiritual form. Hence, what to speak of touching, a materialist like Ravana could not even see her with his material senses. So when Ravana kidnapped Sita, he could only kidnap her material illusory body. Sita had disappeared as soon as Ravana had arrived and sent her illusory form only to cheat him. Spiritual substance is never under the jurisdiction of matter. This is proclaimed across the scriptures. In this way, Sri Chaitanya Mahaprabhu convinced the brahmana to break his fast.

Evidence from Kurma Purana – Reality of Sita Haran in Ramayan

Sri Chaitanya Mahaprabhu then continued further south. He visited the temple of Lord Rama at Mahendra-Saila (near Tirunelveli). At Setubandha (Rameshwaram) He heard the brahmanas reciting from Kurma Purana. In the Kurma Purana, it is revealed how Sita devi, daughter of King Janaka, is the mother of the three worlds and the Supreme chaste woman. Regarding the pastime of ‘Sita Haran’ as described in Ramayan, it has been mentioned that when Ravana arrived to kidnap Sita, she took shelter of fire-god Agni. Agni hid Sita and in this way, Ravana was tricked into kidnapping an illusory form of Sita devi. The real Sita was taken and carried to the place of mother Parvati. Once Ravana was killed, Sita devi was brought before the fire and tested. At that time, Agni, the Fire God, dispelled the illusory form of Sita and delivered the real Sita to Lord Rama. Taking the brahmanas’ permission, Chaitanya Mahaprabhu collected the old manuscript of Kurma Purana and delivered it to Rama Dasa Vipra. The below are the concerned verses from Kurma Purana –

sitayaradhito vahnis
chaya-sitam ajijanat
tam jahara dasa-grivah
sita vahni-puram gata
pariksha-samaye vahnim
chhaya-sita vivesa sa
vahnih sitam samaniya
tat-purastad aninayat
(Kurma Purana)
–
“When he was petitioned by mother Sita, fire-god Agni, brought forth an illusory form of Sita. Ravaṇa, who had ten heads, was tricked into kidnapping this false Sita. The original Sita was however brought to the abode of the fire-god. This illusory form of Sita was tested and was made to enter into fire. At that time the fire-god brought the original Sita from his abode and delivered her to Lord Rama”

Rama Dasa Vipra was very happy and fell at the lotus feet of Chaitanya Mahaprabhu. He exclaimed that Mahaprabhu was none other than Lord Rama Himself and had come to deliver him from his pitiable state. He requested Mahaprabhu to accept lunch at his place as he was unable to serve Him properly the other day. Mahaprabhu accepted the invitation and a wonderful feast was arranged. He stayed that night at the brahmana’s house and after showering His mercy, continued with His journey the next day.